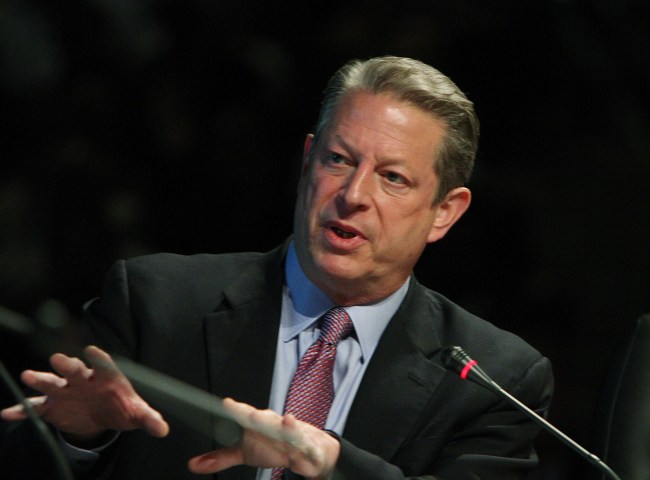 The Centers for Disease Control and Prevention had planned to host a three-day conference tackling the topic of climate change, as well as the resultant health effects of climate change, but then unceremoniously canceled the event shortly after President Trump’s inauguration. No official reason was given for the initial cancellation, but the event’s co-organizer Georges Benjamin called it a “strategic retreat,” suggesting that the organization didn’t wish to make waves with the incoming administration. The CDC also stated that the conference might be rescheduled for later in the year.

Al Gore, former Vice President and known advocate regarding climate change, was not having that. Gore stepped in to ensure the conference would happen after all, and now, he’ll be the one hosting it. Here’s his statement on the matter:

“They tried to cancel this conference but it is going forward anyway. Today we face a challenging political climate, but climate shouldn’t be a political issue. Health professionals urgently need the very best science in order to protect the public, and climate science has increasingly critical implications for their day-to-day work. With more and more hot days, which exacerbate the proliferation of the Zika virus and other public health threats, we cannot afford to waste any time.”

Sadly, the summit will no longer be the three-day event that was originally planned; it will only be a one-day event, due to the expedited planning required to pull the event back together. The summit no longer has federal government support. Instead, it has the support of sponsors like Harvard Global Health Institute, the Turner Foundation, and the Climate Reality Project, who have stepped up to ensure the event happens at all, even if it only lasts one day instead of the planned three.

Georges Benjamin also added this follow-up statement about the reinstated conference: “Climate change is already affecting our health. This meeting fills an important void and will strengthen the public health response to this growing threat.” Good thing it’s still happening, then, hm?

The event takes place on February 16th, 2017 at The Carter Center in Atlanta, GA. If you’d like to attend, check out climaterealityproject.org/health and sign up there to receive details. If you can’t attend that meeting, you might instead be interested in the Scientists’ Marches getting organized around the country.

(via The Daily Dot, image via Center for American Progress Action Fund/Flickr)