If You Use Airtime, Be Ready For It To Save Pictures Of You 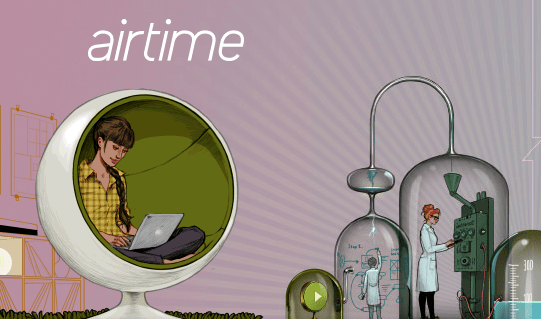 If you’re going to be video chatting, chances are you’re going to get all dolled up first. I mean, if someone is going to see your face, it might as well look good (at least, as good as it reasonably can). There’s another good reason to look presentable if you’re going to be chatting on the brand new Airtime; Airtime is going to take periodic pictures of you, and keep them on hand for future reference. It’s totally alright too, since you give them permission to do just that if you join up.

It’s not some nefarious ploy to gather headshots of random people, at least not at its face. Instead, it’s part of Airtime’s play to be a safer, friendlier Chatroulette. You know, like a Chatroulette without all the penises. The way Airtime goes about this is threefold. First, they run facial recognition on streams to filter out all the things that aren’t faces. Sorry, no sock puppets allowed. Second and third are site monitoring and user reporting. These two go hand-in-hand, and are also where the snapshots come into play.

If you’re having a conversation with someone and they flash their sock puppet, or do something else you find heinous and inappropriate, you can report the user in question. When you report them, the conversation will be reviewed by site monitors, who have the power to ban users for life. But wait, roll it back a second. Review the conversation? Yup, and that’s what they’re taking the pictures for.

Airtime’s privacy policy reads “By using our Service, you are consenting to have your image and conversations recorded by Airtime,” although there’s a little more to it than that. According to Forbes, an Airtime spokesman has clarified that audio or video recording won’t happen without the explicit, informed consent of users. Snapshots, on the other hand, are taken periodically by default, but only when two non-friended users are chatting. So, all in all, Airtime reserves the right to record you, but promises not to scrape video and audio without telling you, and will always be building a snapshot record (and keeping it for who knows how long) if you’re using the service’s “roulette” feature.

Now, it’s not like there aren’t already hundreds of photos of you (some of which were probably taken unwittingly) floating around on the Internet, mostly on Facebook. In essence, this whole Airtime thing is the same — and these Airtime shots aren’t even public — except this time the service is actually using your hardware to take hundreds of pictures of you. Maybe this is what it takes to keep those filthy sock puppets out of the picture for good, however, and maybe you’re okay with that. Either way, you ought to at least be aware.