What That Terrible Airplane Seat Punching Guy Tells Us About Society 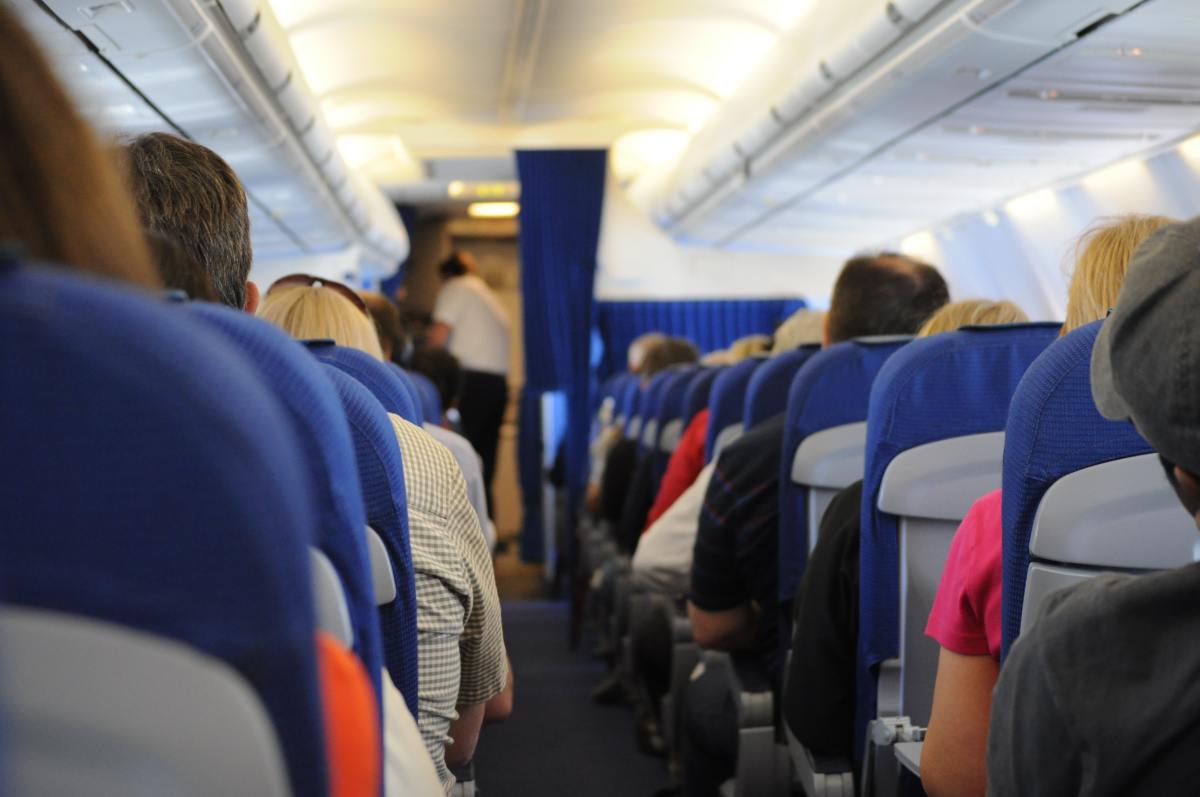 Flying is hell. Let’s just get that out of the way to start. Getting shoved in a cramped metal tube full of recirculated farts and anxiety is pretty terrible for all of us, but a recent viral Twitter video has ignited a new debate on how comfortable we are allowed to be on airplanes and who gets to decide that. Spoiler alert: men feel entitled to harass women when their space is invaded.

Here’s the video in question:

This video has the internet legitimately divided .

Dude is in the last seat on the plane. Seat doesn’t recline.

Hers does. And she reclines.

He’s upset, and is punching her seat incessantly— so she records.

The video was taken by American Airlines passenger Wendi Williams, who posted the video on Twitter after trying to get the issue resolved with the airline. According to Williams: “I was returning from a teachers’ convention. The man asked me, with an attitude, to put my seat up because he was eating. I did. I then reclined it again when he was finished. At that point, he started hammering away at me. That’s when I started videoing and tried to call the FA.”

Watching this video myself, I didn’t think there was any question who was in the wrong here. Williams was using her seat as it was intended to be. She had every right to recline, and the man behind her had no right to assault or harass her. There are others that feel this way.

”I (32M) was mildly inconvenienced due to the features of an budget airline, so I punched a stranger for an hour. AITA?”

But apparently the internet does not agree?

It’s rude to ever recline your seat. I angle my air conditioning vent on the back of their necks until they turn around to adjust it. I tell them I’ll turn it off for a raised seat. Always works.

In light of the airline video going around of the guy punching the reclined seat in front of him, I’d like to make my opinion clear. You’re an asshole if you recline your seat in coach. Simple as that. Don’t do it. The option to recline should be removed by all airlines.

I’ve seen this sentiment repeated over and over and I’m baffled. The idea that it’s commonly accepted bad manners to recline our seats in airlines is wild to me because, well, the seats are designed to recline. And I can tell you, as a tall person, sometimes that means a big deal for comfort, especially on a long flight.

The idea that some people think it’s common knowledge that we’re not supposed to recline our seats says a lot more about the horrible reality of travel and society than we might like. While it’s true that it must be frustrating that the man is in a row of seats that do not recline, this is a) not the woman’s fault and b) no different spacially from any other passenger who chooses not to recline their seat but has the person in front of them recline. If you’re on this guy’s side simply because his seat doesn’t recline, you’re really on the side that everyone should be reclining their seats whenever possible? Or that literally no one in coach should?

Luke O’Neil, writing for The Guardian, makes the excellent point here that the real enemy in this situation is … capitalism. The airlines that continue to chip away at the space and comfort in their planes are the real assholes. Seats are getting smaller, food scarcer, flights more crowded. All of this so that airlines can make more money off us poor cattle shoved in their planes.

This situation shouldn’t have happened, and if the world were more just and equal and not built on profit, maybe it wouldn’t have.

And while the roots of this in capitalist tendencies may be true, what isn’t being addressed by many of the folks that think this woman is in the wrong is the gendered dynamics of this encounter. But let’s be clear, this was very much about a man harassing a woman.

That video of the woman in a reclined seat on a plane and the man in the seat behind her punching her chair:

1. He’s a piece of shit
2. He’d never do that to a male passenger
3. Men are socialized into owning public space.
5. This is what happens when a woman owns it

Seeing the difference between men and women’s reaction to that plane seat recline tweet is reallllly fucking something.

Just an FYI – that dude didn’t aggressively punch her seat because she reclined, he did it because he’s an asshole who treats women like shit.

I agree that this probably wouldn’t have happened if Williams had been a man. And I also would point out that when a man is being physically aggressive in a confined space, women are conditioned to accept it and not confront him. This is the kind of thinking women experience when we live in a society where we are routinely and systematically targeted by male violence and aggression, FYI.

Williams claims she had already talked to the man and summoned the flight attendant for help at this point and the Flight Attendant had done nothing, so she decided to film the actions hoping it would stop him. It didn’t. And now, this man, whoever he is, will probably ignore the many, many people calling out his assholery and focus on the few that are on his side because it was wrong of a woman to use her seat in the way it was intended to function because it mildly inconvenienced him.

Don’t be this guy, please. Traveling is bad enough and we’re all just trying our best. If someone puts back their seat just do what the rest of us do: tolerate it and realize we’re literally all in the same horrible situation together. Don’t make it worse.