This is some wibbly wobbly, timey wimey stuff. 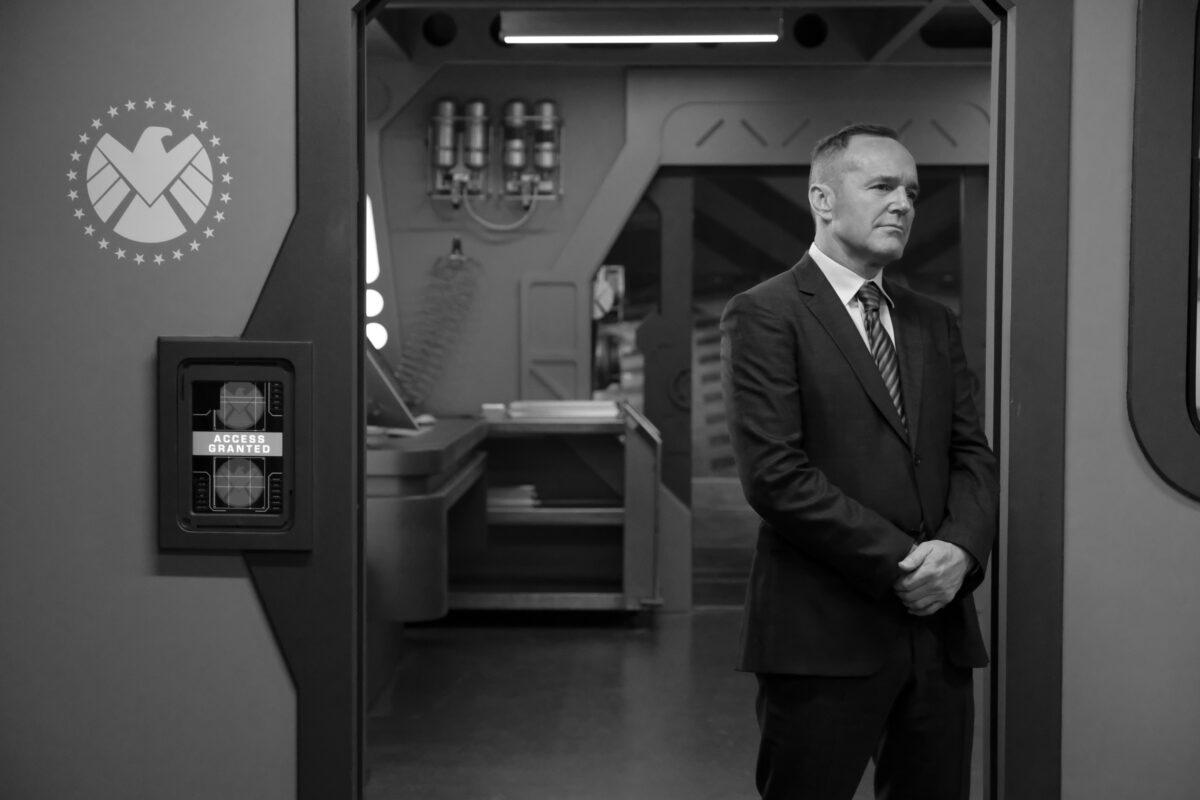 As Agents of S.H.I.E.L.D. continues with its seventh and final season, they are picking up various dropped MCU threads along the way. Last night’s episode, “Out of the Past,” finds the team still in 1955 (it’s a whole time travel thing, don’t worry about it), where they cross paths with a familiar face from Agent Carter: Agent Daniel Sousa (Enver Gjokaj).

When viewers last saw Sousa, he was kissing Peggy Carter in the finale of Agent Carter. Fan presumed that Sousa and Peggy ended up together, but that assumption was quickly tossed out with the release of Avengers: Endgame, where we discover that Steve Rogers has traveled back in time to spend his life (or one timeline thread) with Peggy.

This of course raised a thousand time-travel questions, with both the screenwriters and the directors of Endgame offering alternate theories.

In the episode, we learn that Sousa was murdered by a Hydra agent. The team originally does not want to mess with the timeline by saving Sousa, but as they work alongside him they realize they can’t just let him die. While debating Sousa’s future Coulson says, “Agent Sousa’s sacrifice was an inspiration to others in S.H.I.E.L.D.”

“Like yours was for the Avengers,” Mack reminds him, to which Coulson replies, “Well, let’s not oversell it.” Mac counters, “It’s a fact, … And it’s also a fact that you got a chance to fight another day.” Ultimately, the team decides to fake Sousa’s death and take him with them. This makes Sousa a man out of time, echoing Captain America’s own journey (Peggy has a type, and that type is time traveling do-gooders with square jawlines. Same girl, same.)

After saving his life, Coulson tells Sousa, “Welcome to life after death. I’ll tell you all about it.”

The addition of Sousa to the team gives the character a satisfying wrap-up that he was denied with the cancellation of Agent Carter. But don’t hold your breath for any Peggy Carter cameos. Hayley Atwell said via Instagram that she would not be appearing in season 7. Atwell will, however, be reprising the role in Disney+’s animated series What If…? as Captain Britain.

These time-traveling episodes have given AoS some of its more playful and fun episodes in what is already an engaging final season. While the films of the MCU dominate most Marvel online discourse, AoS has remained a steadfastly solid and satisfying series. We’ll be sad to see it go when the final season wraps.