Spoiler Alert! But only for season one of Agent Carter. 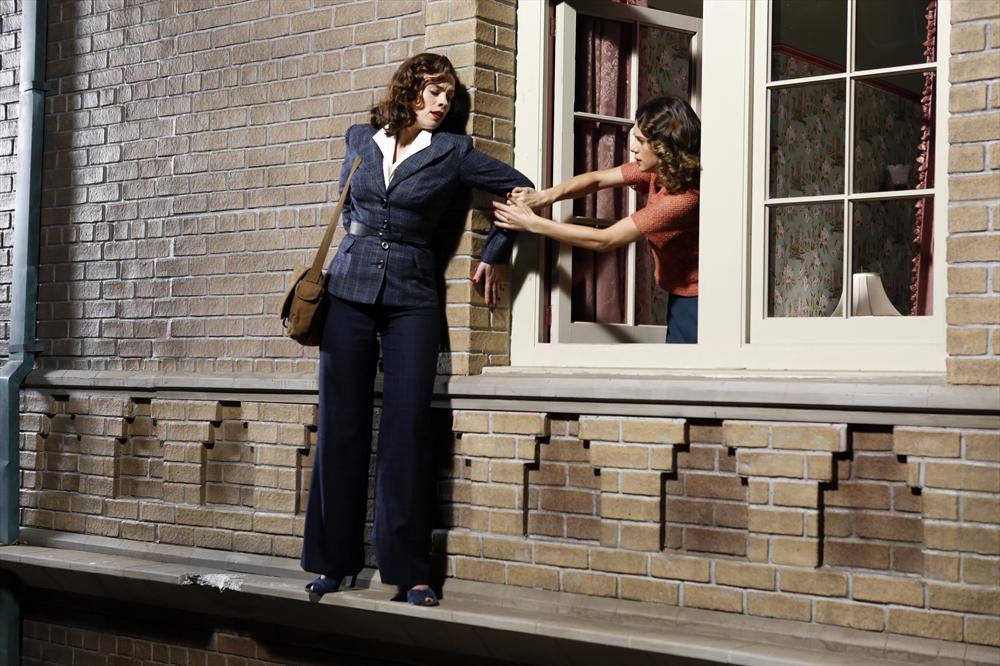 One of my favorite details about season one of Agent Carter was Peggy’s life in a women’s residence, and clearly, I was not the only one. One of the most commonly retumbled gifs features a conversation in the dining hall about stealing food.

You need a recommendation from a friend. False.

Although applications do ask if you know someone who has lived there, it is not a requirement. That said, many women learn about a residence through word-of-mouth.

Women’s residences are run by women. It depends.

Women’s residences have a somewhat-deserved reputation for being conservative, so Mrs. Fry’s expectation that Peggy would not be in a sexual relationship before marriage is close to what most women’s residence leaders hope for their residents, though obviously a residence cannot control what a woman does outside the building.

You live alone. It depends.

It is not uncommon to have one to three roommates, though usually this also means your room is bigger. That said, single rooms are usually coveted and fill up faster than other rooms.

“The women are the best part.” True.

I was a little hesitant to live in a women’s residence. I was a tomboy and used to hanging out with guys, and I worried maybe I would not have anything in common with the other women there. Instead, I made several close friends who I still talk with today (hey there, Ruth, Vicki, Clare, and Amanda).

Socializing with the other resident ladies was one of the best parts about living there. There were regular plays and parties. There was an informal Gossip Girl-watch every Thursday and at least one movie every Friday. We often went out together, to museums and beaches and concerts, and yes, once to a bar for Wrestlemania. One of my friends even started a special ceremony when people moved out of the residence, rewarding them with a green ring. I still have mine.

“All the women there are young and American.” False.

While you can be any adult woman, there is a surprisingly high number of older ladies that live in women’s residences. Even The New York Times has noticed how many residents are older. Some of these women have lived in women’s residences most of or their entire adult lives. At the residence I lived in, if you made a graph of the women’s ages, you would have a reverse bell-curve: there were lots of women in their early twenties and lots of retirement-age women, but the fewest number of women were from thirty to fifty.

Women with disabilities, both young and old, have also told me that they like living there because the residence provides extra services for them. For some of these women, it allows them more independence and helps them avoid institutionalization.

Residents come from all over the world for a variety of reasons. My first roommates were Brazilian, New Zealander, and Norwegian. The first two were ballerinas, and the last was studying at Lee Strasbourg. Later, I lived with a Turkish woman who was in an intensive GMAT tutoring program because she wanted to go to grad school in the US. My best friend was a British woman writing her dissertation.

This is actually a very strict rule in women’s residences. Men are not allowed in most, if any part, of the residence. And you cannot just stroll on in either: one of the ladies has to claim you as her guest. Residences have strict, twenty-four/seven security; Howard Stark would have never gotten all the way to Peggy’s apartment.

Again, before I moved in, I worried that I would not like this part of living there, but it never bothered me. If anything, it seemed like a great way to get away from all of the male BS. It was nice to know that if I needed a break from men, it was easy enough to just go home. One of my friends commented that this was the easiest way to have a “mancleanse.”

At the residence I lived in, men were allowed on some of the lower floors, including the dining hall, but because they visited so rarely, the appearance of a man was always surprising. The women would usually gawk at the man, trying to figure out what his relationship was to the resident who invited him there. (Usually he was a brother or a dad.)

“… So that means you’re all lesbians, right?” Um, seriously?

There are ladies of all sexualities at a women’s residence, just like there are in every other part of the world. We all deserve your respect, thanks for asking.

While the staff do not generally like this, most of the women do take food out of the dining hall to eat later. Many residences include about two meals per day as part of your rent, which is what makes them a (more) economical choice in a city like New York. That said: usually women just use Tupperware when smuggling food out, not special pouches sewn into their clothes.

(via Lara Hogan, image via Flikr)