Agent Carter‘s Getting a Two Hour Premiere, Twice the Red Lipstick and Punching For Everyone 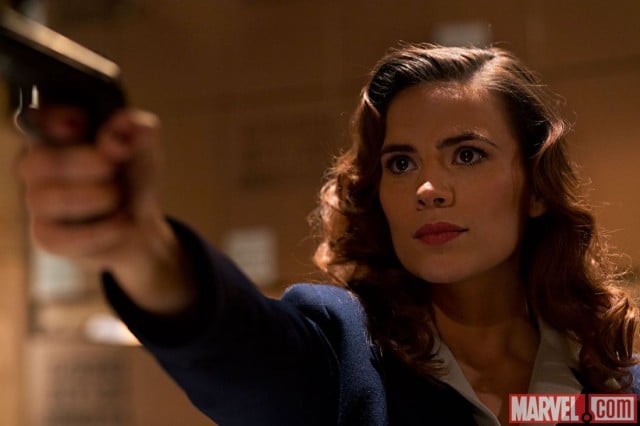 Don’t think you’ll be able to get enough of our favorite leading SHIELD member when she makes her official TV debut next month? Good, because you’re getting twice the amount of the Agent Carter premiere than you probably thought you were getting. It’s still not enough, we know, but every little bit counts.

According to a press release put out by Marvel today, the new mini-series will premiere on Tuesday, January 6th, 2015 from 8pm to 10pm. Normally Agents of SHIELD fills that particular prime time slot, but the other show will be on hiatus while Peggy Carter gets to do her thing in 1946.

Here’s Marvel’s synopsis for the first episode, which they released back in late October, to refresh your memory on what to expect. Warning, spoilers ahead:

It’s 1946 and peace has dealt Agent Peggy Carter (Hayley Atwell) a serious blow as she finds herself marginalized when the men return home from fighting abroad. Working for the covert SSR (Strategic Scientific Reserve), Peggy finds herself stuck doing administrative work when she would rather be back out in the field, putting her vast skills into play and taking down the bad guys. But she is also trying to navigate life as a single woman in America, in the wake of losing the love of her life, Steve Rogers — a.k.a. Captain America. When old acquaintance Howard Stark (Dominic Cooper, “Captain America: The First Avenger”) finds himself being framed for unleashing his deadliest weapons to anyone willing to pony up the cash, he contacts Peggy — the only person he can trust — to track down those responsible, dispose of the weapons and clear his name. He empowers his butler, Edwin Jarvis (James D’Arcy), to be at her beck and call when needed to help assist her as she investigates and tracks down those responsible for selling these weapons of mass destruction. If caught going on these secret missions for Stark, Peggy could be targeted as a traitor and spend the rest of her days in prison — or worse.