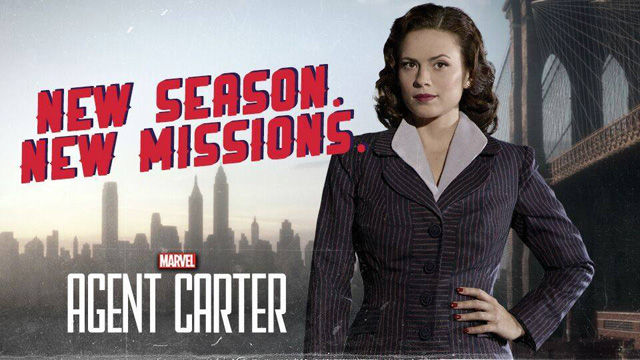 Originally set to debut on Tuesday, January 5th, Agent Carter Season 2 has been delayed two weeks to accommodate for President Barack Obama’s State of the Union address on January 12th. Since the address will be simulcast across three networks, Agent Carter has been bumped back to ensure the series isn’t interrupted in only its second week.

Peggy will now be punching her way to us on January 19th at 9 pm.