Age of Ultron Blu-ray Forces the Question: Do We Really Need Special Features?

"If you have a set like this, and you don't blow it up, you're doing something wrong." 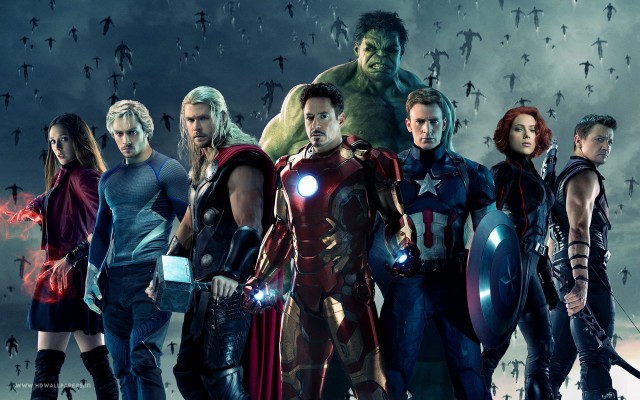 The Avengers: Age of Ultron was a fun movie, don’t get me wrong. But it wasn’t anything special. It certainly didn’t have the charm and originality of the first film, and while I love the introduction of Scarlet Witch into the proceedings, as well as James Spader’s voice performance as Ultron, the film as a whole just feels overstuffed, with characters and locations and story arcs (not to mention references to upcoming Marvel films) shoved in for their own sakes. So, is owning this film worth it?

Well, that depends on how you feel about special features. Those on the Age of Ultron Blu-ray kind of highlight the pointlessness of them. There’s a 20-minute making-of featurette called “From the Inside Out” that’s pretty cool if you’re really into behind-the-scenes footage and info, but even that is pretty rote: obligatory talking-head interviews, obligatory green screen scenes, obligatory shots of things being blown up multiple times. And then there’s the gag reel, which is probably the least funny gag reel ever. And it made me think – why do we even have gag reels anymore? Gag reels used to be a novelty – a rare insight into filmmaking that showed us that yes, celebrities screw up just like us. Nowadays, it seems as if actors go out of their way to do stuff for the gag reel, and when they don’t – well – you get what Age of Ultron has provided, which is 3 minutes of actors flubbing lines in a very normal, not-particularly-funny way.

Then, there are the deleted scenes – which were likely deleted for a reason, as all the deleted scenes in Age of Ultron were. I should not be this bored looking at Chris Hemsworth shirtless in a pool, and yet, one nearly 4-minute long Thor possession scene later, and I’m darting my eyes waiting for the next thing. None of the deleted scenes give me any additional insight into the characters, or the story. So, why are they included here?

Now, there are two short special features that might be worth having. One is a 7-minute featurette called “The Infinite Six” which gives you a pretty thorough education about the Infinity Stones, and how they’ve come into play throughout the MCU. Then there’s a 3- minute featurette called “Global Adventure,” which puts a special focus on the countries used as locations, especially countries like South Korea that don’t often get used in big-budget Hollywood films. That was pretty interesting.

But overall, the features – like many of the plot elements in the film itself – are overblown, and pointless, and there for their own sake. Or worse. Because they think this is what people want. When will filmmakers realize that audiences love nothing more than to be surprised? We don’t want “what we want.” We want to be given what we end up falling in love with and didn’t know we needed.

The Avengers: Age of Ultron Blu-ray combo pack is available TODAY, as is the HD Digital version (including special features), at DisneyMoviesAnywhere.com. But you can just as easily watch the movie again on Netflix or something.