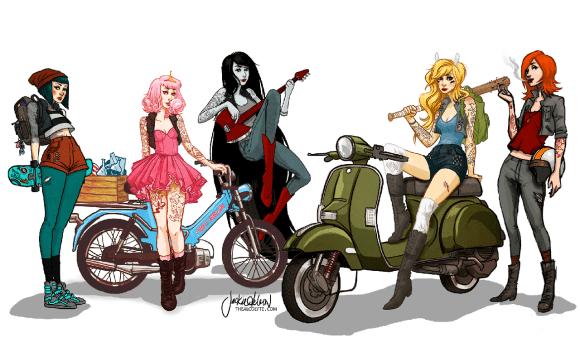 Something tells me B-MO, Princess Bubblegum, Marceline, Fionna, and Flame Princess are not to be trifled with. Arist Jacquelin de Leon has this print, as well as the individual characters, available in her store.