Adventure Time: Distant Lands – Obsidian Features PB and Marcy Not Just as a Queer Couple, but as Queer Characters 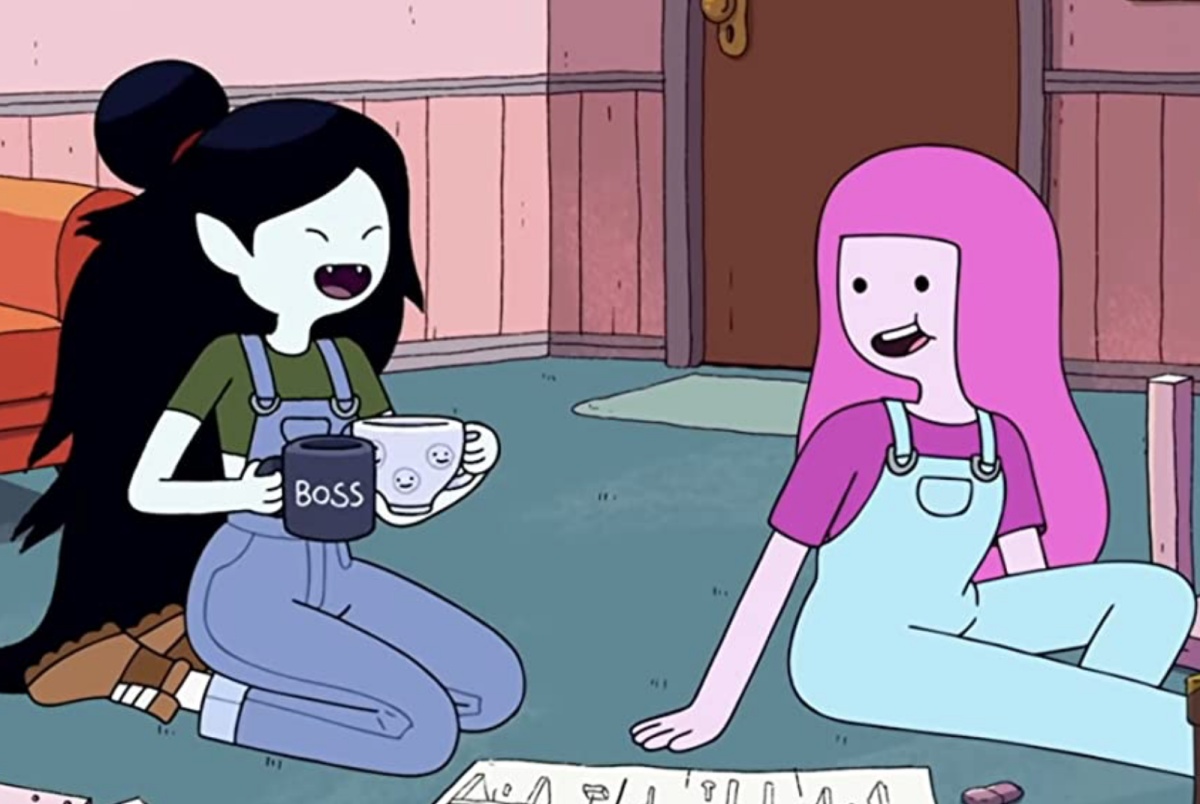 I watched all of Adventure Time this year because my best friend insisted I needed to add it to my canon of Western Animated classics. Adventure Time is an amazingly brilliant and emotionally complex show. With the sequel miniseries Adventure Time: Distant Lands, we’re getting new stories with characters that we love, and tomorrow’s episode “Obsidian” will bring the return of Princess Bubblegum and Marceline, the Vampire Queen.

According to a review from A.V. Club, the episode takes place in a city of glass on Ooo, and a dragon escapes, leading the townspeople to call upon Marceline to help seal the beast away. Marcy has been living with PB and, according to the reviewer,

Although the shots we get of their life together in domestic bliss are sweet, chill, and satisfying, Bubblegum is still something of a tunnel-visioned control freak, and Marceline still has problems being vulnerable or exposing herself emotionally.

I find this reassuring because when it comes queer representation, it is important to acknowledge that loving someone doesn’t fix emotional issues or personality flaws.

PB and Marceline’s love story was a journey. Throughout the run of Adventure Time, the writers threw out hints and even confirmed in interviews that they were indeed Team Bubbline, but at the time, it was not possible for them to go further than the hints. That changed in “Come Away With Me,” when the two women kissed on the battlefield, making it clear to all those detractors that these two women were indeed best friends.

I have seen some claim that Bubbline came out of nowhere and was “queerbaiting,” but I think there is a difference between “the show is not allowed to have these characters be overtly gay” and “we could make these characters gay, but we don’t want to, but we will tease it for the lols.” Even more so, I dislike the idea that LGBTQ relationships are only valid if there’s overt kissing and hugging.

Yes, that matters for representation reasons, but it doesn’t make a relationship invalid if there is none. Asexual and aromantic queer people exist. More so, being gay isn’t just about being in a relationship. What makes the representation of Bubbline compelling is part of who those characters are. Both are pan/bisexual women with trauma, flaws, and complicated histories, who have things going on outside of their relationships. That is equally as compelling as the fact that they date.

I’m glad that “Obsidian” will allow these two interesting characters to still be people who are not whole because of their relationship with each other and are figuring out how to be whole for themselves. The goal of LGBTQ representation is not just to highlight relationships; it is to also deliver the fullness of the lives of queer people. “Obsidian” allows us to see PB and Marcy not simply as a couple, but as queer characters without subtext for the first time while still having new adventures. That is exciting, and I can’t wait to watch it and cry.