For the First Time Ever, the Anti-Defamation League Issues a Report Tying Misogyny to White Supremacy 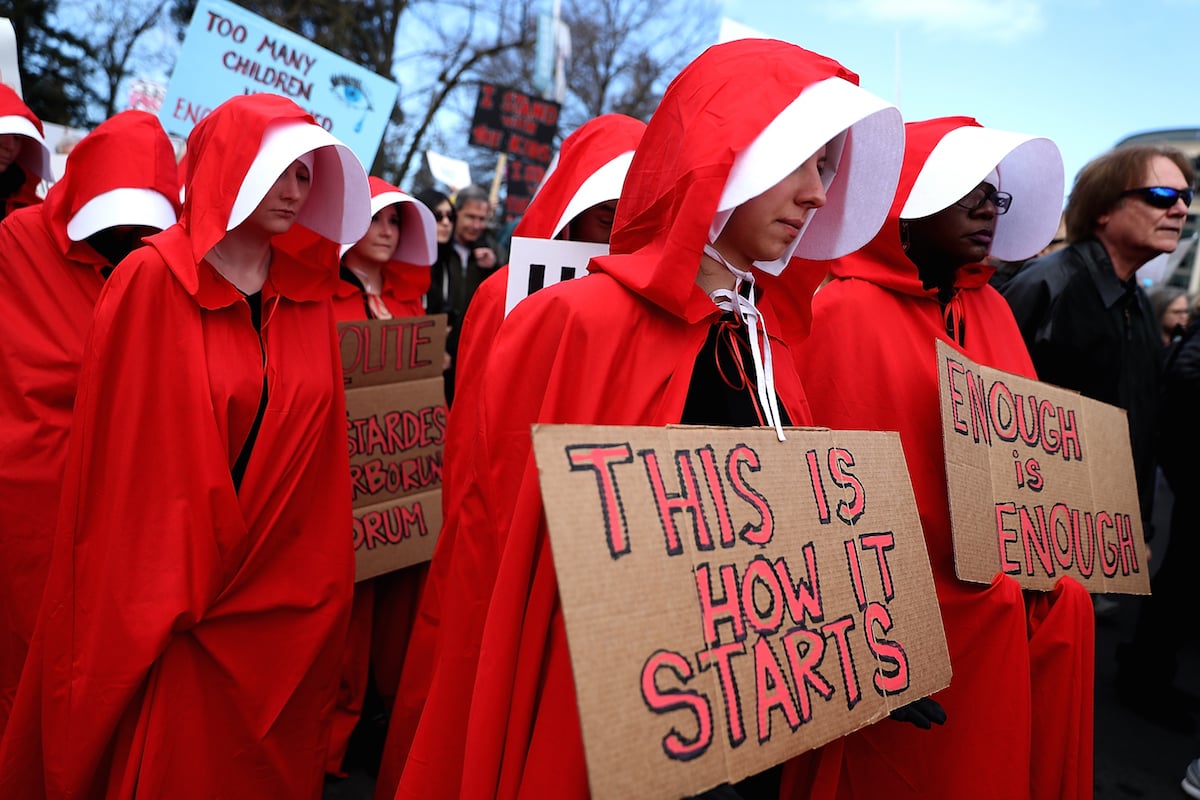 For many of us, the idea that misogyny is dangerous, or that it is closely tied to other forms of bigoted extremism, isn’t new. But for all the anecdotal evidence of misogyny as extremism that women on the internet inevitably gather every day, a new report from the Anti-Defamation League gives misogyny, and specifically the links between misogyny and white supremacy, the attention it deserves.

Looking through the ADL’s resource library, the reports and other resources in the “Women’s Equity” category have to deal with gender bias, pay inequality, and fighting stereotypes. While these are important issues worthy of our attention, none (until now) have addressed the deeper dangers of extreme, violent misogyny.

We’ve long seen the links between misogyny and violence against women and acts of mass violence. We’ve also seen how much resistance there is in getting people to take that misogynistic violence seriously. Across the board, mass shooters have known histories of violence against women that have gone under-punished or outright ignored. Just this week, Broadly reported that over the last three years, 49 British women were killed by men they had previously reported to the police.

This new report states, “ADL considers misogyny a dangerous and underestimated component of extremism, and this report marks the start of an ongoing effort to investigate the ways in which people in the white supremacist, incel and MRA orbits feed and inform one another’s poisonous hatred of women.”

The report, which was first released to Cosmopolitan, says, “Every day, as virulent white supremacists make their hatred known, we immediately and rightly call them extremists. We have not been nearly as unequivocal in our condemnation when it comes to men who express violent anger toward and loathing for women.”

There is a “robust symbiosis between misogyny and white supremacy,” according to the report. “While not all misogynists are racists, and not every white supremacist is a misogynist, a deep-seated loathing of women acts as a connective tissue between many white supremacists, especially those in the alt right, and their lesser-known brothers in hate like incels (involuntary celibates), MRAs (Men’s Rights Activists) and PUAs (Pick Up Artists).

This means, then, “that to fully comprehend either white supremacy or misogyny, we have to attempt to understand both.”

The full report is available online and it’s fascinating, though incredibly depressing. It includes quotes from a number of prominent white supremacists, as well as those who have built followings and even careers around their hatred of women. The similarities between misogyny, white supremacy, antisemitism, and other forms of extreme bigotry are impossible to deny. All are rooted in fear and anger over what they perceive as being denied what is rightfully theirs, whether it’s incels’ belief that a woman’s refusal to grant them sex is tantamount to “reverse rape,” or the fear of losing jobs (or women) to POC or immigrants.

The connection between misogyny and white supremacy is undeniable. In our latest report, we examine how misogyny can be a gateway to extremism and the alt right: https://t.co/6EzF3cYe6T pic.twitter.com/hHfPLq57pP

According to the report, “Incels, MRAs and white supremacists all share a sense of entitlement — their online comments reflect a belief they are owed jobs, racial/socioeconomic status and/or sex, simply because they exist. Based on their message board exchanges, they don’t appear spend much or any time considering the humanity of the people on the other side of the equation — the better-qualified minority candidate, the more entrepreneurial immigrant, or the woman who’s just not interested.”

“Bigots of all stripes view justice as a zero-sum game,” the ADL writes.

The report does also come with some policy recommendations, starting with a declaration that “Law enforcement agencies need to understand how misogynist attitudes are used to bolster extremist ideologies and violent behaviors.” Law enforcement leaders and organizers, they say, cannot dismiss misogyny as “locker room talk” or as being limited to the online sphere. The ADL writes, “Law enforcement officials must be educated about the real dangers misogynist extremist groups pose to public safety, because online activities can have a serious real-world impact.”

Essentially, the report calls for misogyny to be taken as seriously as white supremacy. From community resilience to education to the legal system to the tech sector, if we approach misogyny as we do other forms of bigotry and extremism, that will not only benefit women, but–as the report provides evidence of ties between violent hatred of women and other violent mentalities–all people.

The report’s author, Jessica Reaves, told Cosmo, “Our hope is that between heightened public awareness and all of our combined efforts, we can make misogyny a thing of the past.”