Adele’s Weight Loss Is None of Your Business 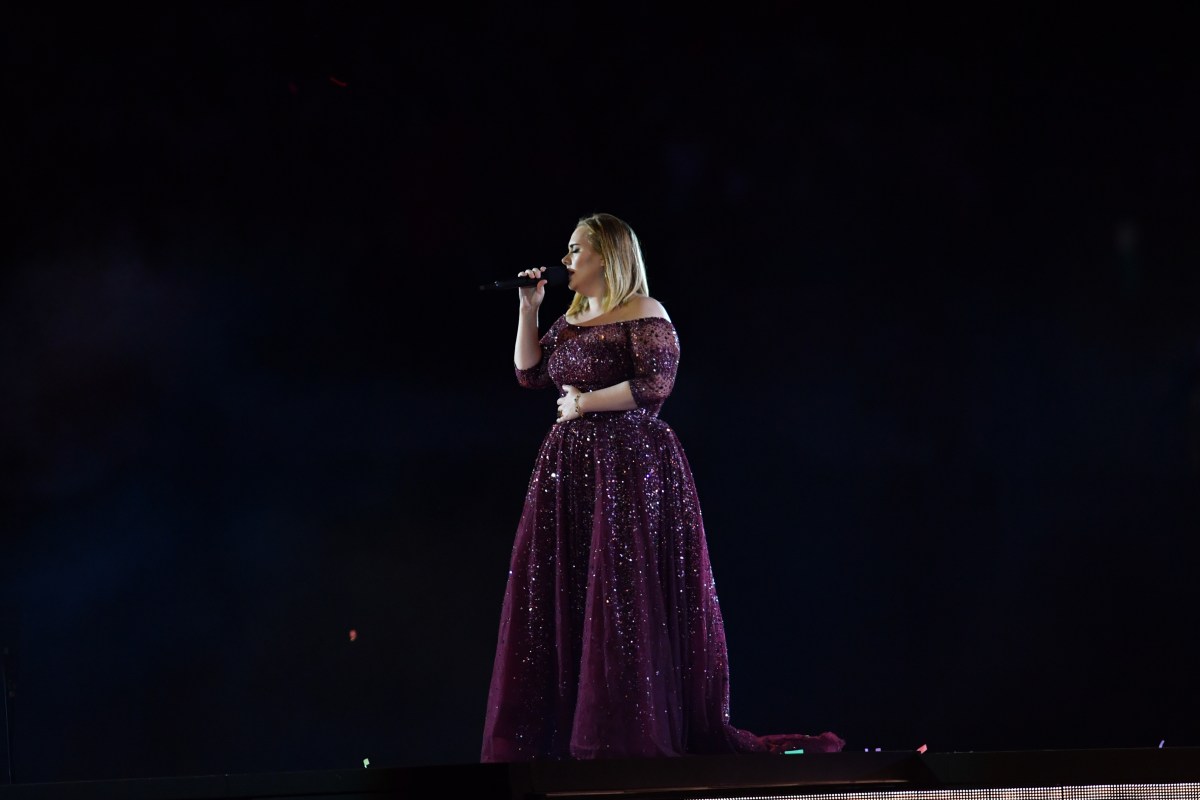 Adele, the incredible singer who loves to rip my heart out and step on it, has throughout her years in the spotlight seemingly been losing weight. Why I say seemingly is because it’s none of my f**king business, and it’s really no one’s business but Adele’s.

Adele is a performer I’ve idolized for a long time. I was a 16-year-old girl when her album “19” came out (corresponding to her age when she wrote it) and I felt like I understood the pain she shared in her songs. I still feel that way now, after “19”, “21”, “25”, and her next album that I’m anxiously awaiting. I’ve grown and matured alongside her, and I follow what’s happening with the multi-Grammy-winning, Academy Award-winning artist in the news. So the discourse today felt especially disheartening and upsetting.

Why is the conversation on the Internet today centered Adele and her weight-loss? Why is she trending with tens of thousands of tweets about her? Because everyone—including the media and celebrity commentators—seems to think that someone else’s “health” and weight is their business when it really is not.

To celebrate her 31st birthday, Adele took to Instagram for the first time since December, sharing a new picture to thank all the well-wishers. While countless people decided to comment on her weight, I’m over here questioning the giant floral ring and why a laptop is just sitting next to it. Like what was this photo set-up conversation like? These are the questions I want answered. But break down the discourse we must.

Thank you for the birthday love. I hope you’re all staying safe and sane during this crazy time. I’d like to thank all of our first responders and essential workers who are keeping us safe while risking their lives! You are truly our angels ♥️ 2020 okay bye thanks x

Vogue has pointed out my primary problem with what’s happening right now in one simple way: The Look. The look is described by Vogue writer Emma Specter as follows:

“Anyone who’s ever shed a significant amount of weight knows the look: the one you get when someone who hasn’t seen you for a while takes your new body in, a thrilled yet somehow appraising smile on their face, rushing to cover you in compliments before asking, ‘So…how’d you do it?'”

Adele, who has lost weight, can post as many pictures as she wants and if she doesn’t want to post pictures? Great, that’s her choice! The point is that this is Adele’s journey through life, not ours, and the fact that society feels the need to comment and wildly speculate on her physical appearance is the problem. Adele has always been a beautiful goddess to me through her music and her grace, so all these comments about how now Adele is beautiful are baffling and demonstrate society’s thin-based bias. Where have y’all been?

The issue is not whether we think Adele is beautiful at any weight (she is) but instead that the Internet feels the need to debate her weight-loss, and to praise and/or malign her for it. It’s already become a battle of some people, as Specter explains, covering her in gushing comments, others rushing in to take those people to task, still others questioning Adele’s choices, and on and on and on. Guess what? I care about how Adele feels about her own body and that’s that. The idea that a famous woman’s weight is a point of viable public conversation and debate needs to be pushed back against, hard. It’s been a part of our culture for far too long, and the Internet only appears to be amplifying the discourse. This does nothing but subject women even further to the yoke of public opinion.

Hollywood and the entertainment world in general is terrible about body image to everyone. Not just women. But it is historically and categorically harsh on female performers, holding them to impossible standards and deriding them otherwise. Things like this—Adele posting a simple picture to Instagram igniting a firestorm—continue to show that Hollywood and our culture at large still has a lot of work to do about accepting those talented people we love for themselves. They want them to fit into their perfect mold and that’s what we have to break.

It’s a complicated topic without easy answers. It’s not wrong to want to praise Adele for looking lovely now, just as she’s always looked lovely before. But it shouldn’t be because we think she looks more “beautiful” or “healthy” at this new weight. Weight loss does not necessarily correspond with health, and our conflation of the two contributes not only to patterns of disordered eating but also to a rampant fatphobia that damages people’s lives. In an ideal world, we would never comment on a famous person’s body—or anyone’s—unless they explicitly invited the conversation.

Twitter was divided on the situation, but one thing was clear: Adele is a goddess, and we love her. This is what matters.

Adele losing weight doesn’t mean that she wasn’t beautiful at any size and complimenting her appearance now doesn’t take away from that fact! Her body, her choice for how it looks. You do you, girl! Happy birthday, May sister 🥳 💃 pic.twitter.com/cEngPRbypu

“31 is going to be a big ol year & I’m going to spend it all on myself. For the 1st time in a decade I’m ready to feel the world around me & look up for once”

her carefreeness
her happiness shining thru
her self confidence is top notch
adele is definitely THRIVING pic.twitter.com/Q6VCOhHhLm

And another incredibly important take to keep in mind:

Adele’s journey is her own. I love her with my whole heart and I hope that she had a wonderful birthday, and I’m eagerly awaiting more music. Gimme that next album, please and thank you.