French DJ Martin Solveig asked the award winner to twerk onstage and it did not go well. 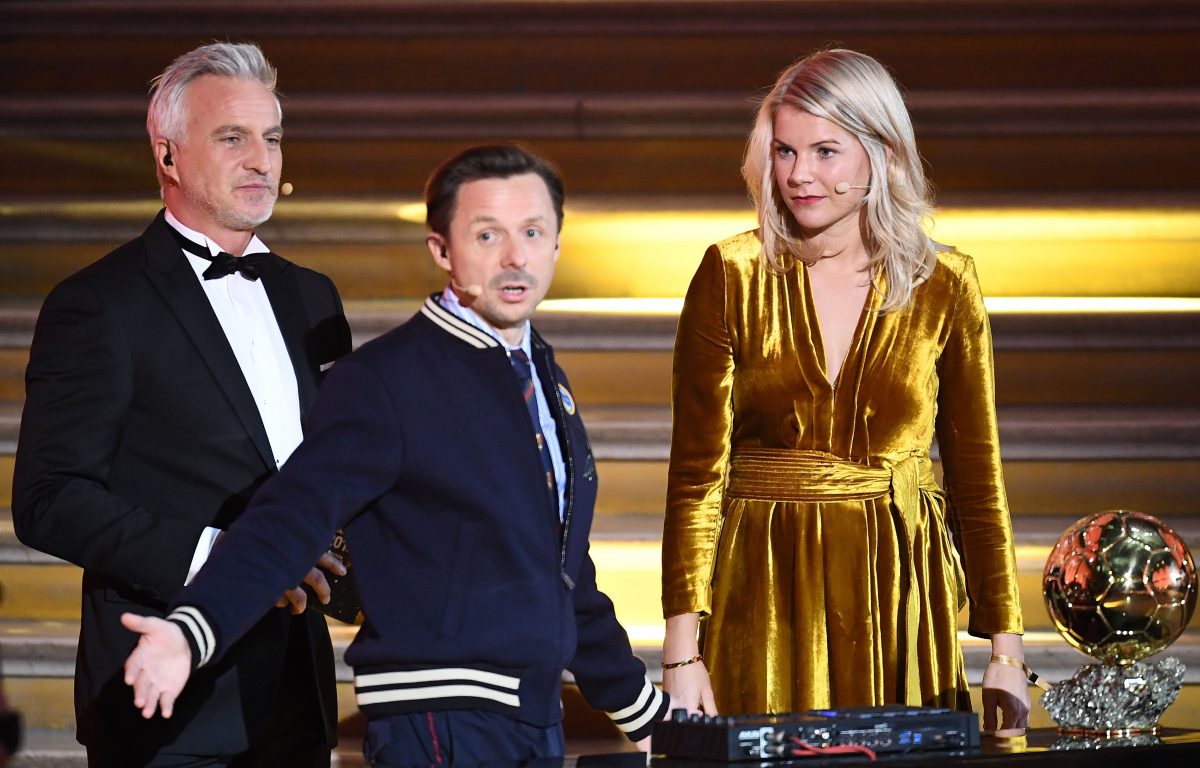 The Ballon d’Or, or “golden ball” award, is a highly coveted honor in professional soccer (or football, if you’re anyone not American) awarded to the player of the year. And 2018 marks the first ever year that a woman was awarded the trophy: Norwegian forward Ada Hegerberg was lauded for her work with the French team Olympique Lyon, which has won the Women’s Champions League three times in a row.

But what would a ceremony honoring an exceptional woman be without a dumbass guy there to ruin it? This was the case when the host, French DJ Martin Solveig, asked, “Do you know how to twerk?” Hegerberg responded “No” and tried to way away, as the men laughed. She then reluctantly agreed to dance with the other host, David Ginola, to a Frank Sinatra song.

The clip went viral, with over 7 million views of the exchange, prompting fellow athletes and celebrities to call out Solveig for his sexist and offensive question. British tennis star Andy Murray responded by calling out the “unreal sexism” against women in sports:

And fellow female soccer stars like Abby Wambach and Lindsey Horan took to social media to show support for Hegerberg:

This is disgusting. Imagine having just been given the best award for your craft/job/passion, and this is the question you’re asked?! I’m so pissed and sorry Ada. You deserve better. We all do! https://t.co/UkRFFeLdk7

This is not an apology, it’s an excuse. You say it’s a joke and that’s the problem. Your joke isn’t funny, it’s sexist. Please don’t tell anyone that you respect women before you dig into your own sexism. https://t.co/iEDjTo1Q9r

This is an absolute joke. Unbelievable. She just won the first ever Ballon D’Or for women. @AdaStolsmo Congrats and you do not deserve this bs. https://t.co/f5LDlfsVM5

Solveig quickly apologized on social media and to Hegerberg:

I explained to @AdaStolsmo the buzz and she told me she understood it was a joke. Nevertheless my apologies to anyone who may have been offended. Most importantly congratulations to Ada pic.twitter.com/DATdg0TfQk

Hegerberg, for her part, claimed she “wasn’t upset,” and said, “He came to me after the situation and he apologized, but I didn’t take it as that at all. I got to dance a bit and I got the Ballon d’Or and that was what was in my mind.”

This is sadly not the first time that Hegerberg has dealt with sexism in her career: she left the Norwegian women’s team and will not be playing in the Women’s World Cup next summer. Hegerberg said of the decision, “A lot of things need to be done to make the conditions better for women who play football. It’s all about how we respect women’s football. I don’t think the respect has been there. Sometimes you have to take tough decisions to stay true to yourself. I let them know, quite clearly, what I found wasn’t working.”

What’s most frustrating about the situation is that Hegerberg’s shining moment was marred by some idiot guy trying to make a sexist joke only MOMENTS after she delivered an inspiring speech encouraging girls everywhere to “please believe in yourselves”. Like, can’t women just have one fucking moment where they get to shine? One night where the hackneyed jokes of some dum-dum doesn’t detract from their win?

It seems like the only solution is to just hire women to host everything.