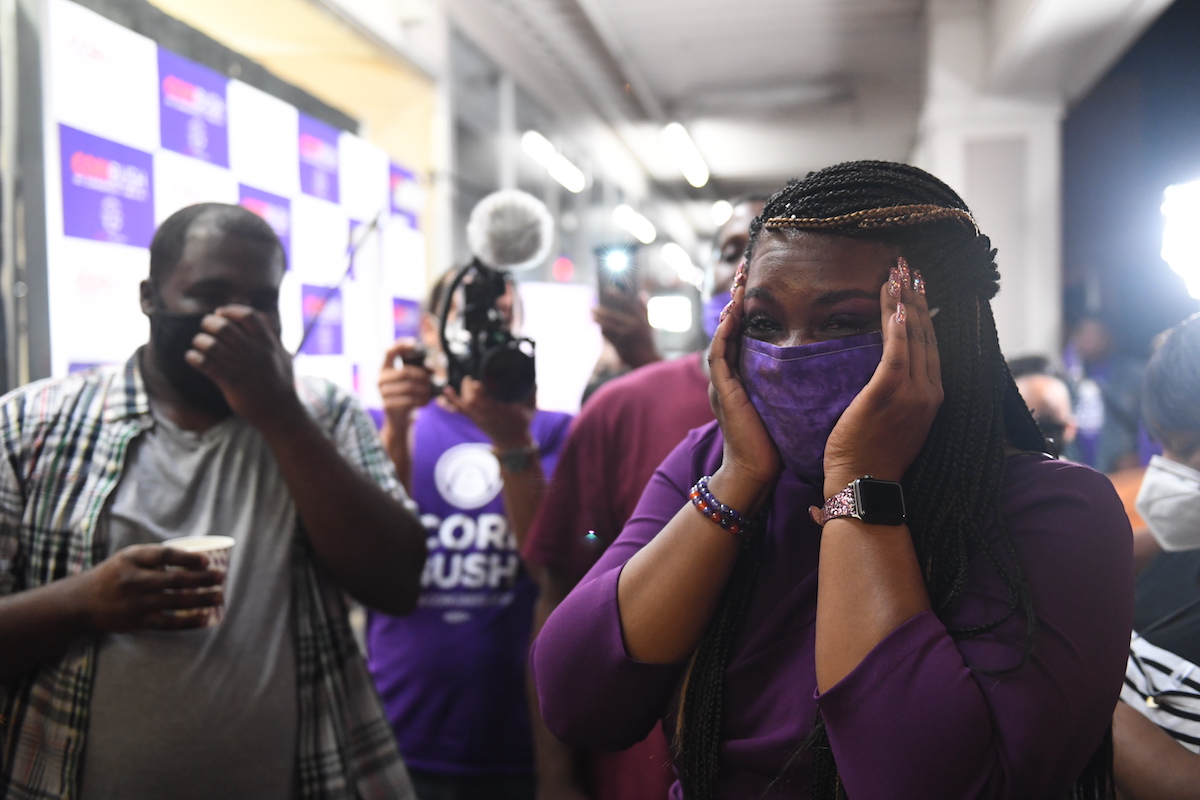 Bush’s 2018 race was featured in the documentary Knock Down the House, which followed four progressive female candidates (including now-Congresswoman Alexandria Ocasio-Cortez) challenging Democratic male incumbents. Bush was inspired to run for office after seeing her community of Ferguson, Missouri devastated by police violence. She was endorsed by the progressive groups Justice Democrats and Brand New Congress and while she lost that election to Clay, she made a big comeback yesterday, winning by three percentage points. (In 2016, she lost by 20.)

What made Knock Down the House so interesting is that it didn’t follow inter-party races. These were progressive women who were challenging their own party’s establishment, going after long-seated incumbents who they didn’t feel were doing enough to represent their interests. These women were looking to push the party left, but also just to provide meaningful, active representation to their communities.

Clay has been a member of Congress for 10 terms, since 2001. His father held the same seat before him since 1969. It is truly extraordinary that Bush was able to win this nomination. We saw in the documentary that in 2018, these incumbents didn’t take their challengers, all political outsiders, very seriously. 10-term incumbent Joe Crowley was so dismissive of Alexandria Ocasio-Cortez, he wouldn’t even debate her.

You’d think some of these Democrats would have learned a lesson there but apparently, they have not.

Daniel Lipinski, Eliot Engel, and William Lacy Clay should have been afraid of those nerds. https://t.co/sEQ3K5u1Rn

In the last few weeks of the primary campaign, Bush outspent Lacy Clay on ads by more than 50%. Bush ran ads featuring herself marching in protests, while Lacy Clay’s ads shamed Bush for once falling into arrears on her state taxes–something she says happened because of the burden of paying off student loan debt as a single mother. Because of the tax situation and for paying herself a salary (something plenty of candidates do when they’re not independently wealthy), Clay’s ads compared Bush to Donald Trump. Yet Clay is the one who stacked his campaign staff with family members, paying them large salaries to ultimately lose an election.

2018 saw not just a blue wave, but a distinctly progressive blue wave. That’s the election that gave us the “squad” of Ocasio-Cortez, Ilhan Omar, Rashida Tlaib, and Ayanna Pressley. Hopefully, in November of this year, the squad continues to grow.

Congresswoman, you are going to be exceptional.