Happy Home Paradise Will Be the First (And Only) Paid DLC for Animal Crossing: New Horizons

"It made sense to include it as the first and only paid DLC for Animal Crossing: New Horizons." 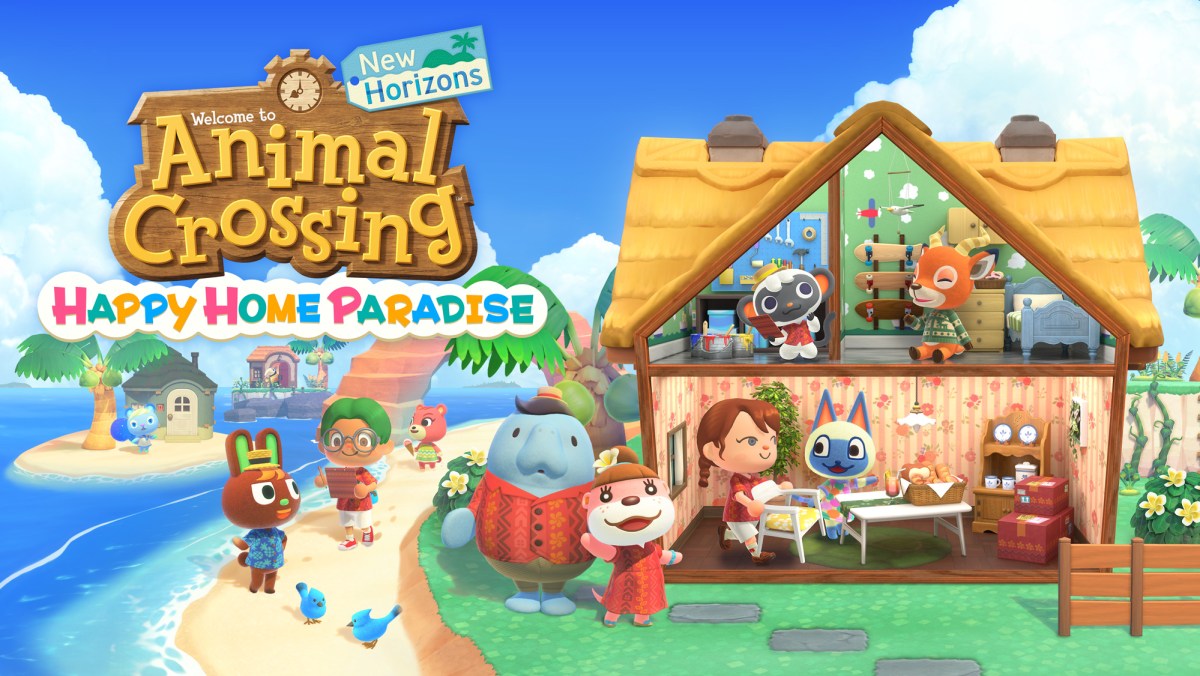 A couple of weeks ago, Nintendo held an Animal Crossing: New Horizons Direct that showed off the upcoming free and paid DLC coming to our island paradises. While the Direct did reveal that it would be the last big free update we got, it didn’t specify whether or not we’d be getting more paid DLC.

According to IGN, it will, in fact, be the only paid DLC for the game.

There will still be small updates made to the game (I’m assuming this is along the lines of bug fixes and maybe new holiday items), but come November 5th, we’ll be done getting any huge updates. A Nintendo spokesperson shared the following statement with IGN:

“The free update launching on Nov. 5 will be the last major free content update. We hope that players will continue enjoying their island life in real time and throughout the changing seasons. Animal Crossing: New Horizons – Happy Home Paradise introduces a new gameplay experience in which the player joins the Paradise Planning team and helps make their client’s dream resort home become a reality.

Admittedly, the content we’re getting with Happy Home Paradise is pretty substantial. On top of creating dream vacation homes for various clients (and yes, you can invite clients using amiibo), you get to bring back those skills to your own island and use them on your own home and the homes of your villagers. This essentially unlocks a world of possibilities design-wise (I am way too excited about having accent walls) and is a fun way to breathe new life into the game, especially when paired with the free DLC, which is already giving us plenty to do (farming, cooking, going to Brewster’s cafe, etc.)

Also? Being able to design multiple homes may be the fix you need for only having six rooms in your house that can be decorated (besides making multiple profiles, which I may or may not have done – okay, I did).

I am glad that they’ve come out and said that these two updates are the last major ones so I don’t have to sit and wonder if I’ll ever be able to get into one of the many bathtubs/pools/hot tubs I have on my island (who knows, maybe that’ll be considered a small update).

As a new Animal Crossing player, I can’t weigh in on how often the series usually gets updates and if a year and some change is standard for when the significant updates stop. Then again, the game was released at a point when we all could dedicate an unprecedented amount of hours to it (let’s never have a time like March 2020 again).

Is this too soon to stop major updates? They are hefty updates, mind you, but is there still room to have more? While I did initially think that we’d get more paid DLC over time, I can’t think of anything else to add to the game besides items I’d like to have (I wanna make a skatepark because I’m SK8 the Infinity trash now), and the ability to tell my villagers to NOT give me a second copy to a DIY I already have.

Either way, I will definitely be glued to my Switch this weekend. For those curious about the paid DLC, Happy Home Paradise will be $24.99 on its own, but if you have the Nintendo Switch Online Expansion Pack, it’ll be included with it.