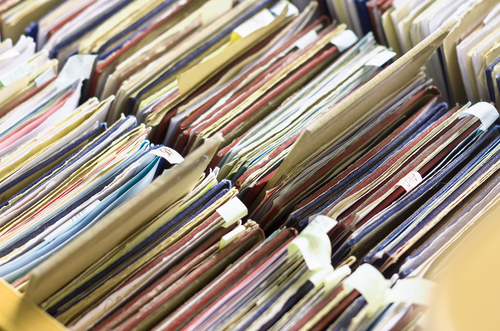 In a very timely move, the ACLU has announced that they’ve already filed a Freedom of Information Act request, asking for information regarding now-President Trump’s current or potential conflicts of interest. The ACLU has also promised that it will be one of many FOIA requests.

ACLU Executive Director Anthony Romero expressed the importance of this and many more FOIA requests in a statement:

Trump took the oath, but he didn’t take the steps necessary to ensure that he and his family’s business interests comply with the Constitution and other federal statutes. Freedom of information requests are our democracy’s X-ray and they will be vitally important to expose and curb the abuses of a president who believes the rules don’t apply to him and his family.

Much has been said and talked about in the lead-up to his swearing in, not the least of which centered around his still outstanding conflicts of interest with regards to his and his family’s links to his business holdings. Even up until now, he has failed to produce his tax returns, and is the latest President to do so since President Nixon. Given his behavior around his financial records and business holdings, one has to ask: what could he possibly be hiding? Moreover, the fact that these things need to be asked for certainly should be enough to raise an eyebrow or two, shouldn’t they?

Now that Trump holds a public office, he’s subject to FOIA requests, which is one of a few tools citizens can use to ensure government transparency. Through the Freedom of Information Act, people are given the right to access information from the federal government. Many governmental records are publicly accessible through a FOIA request, and it is (once again) your right to request that information and have it be made available to you as a citizen.

There are nine exceptions that make certain records exempt from FOIA requests, however, with each of those exceptions having to do with either national security, personal privacy, or law enforcement.

It’s important to remember that as President, Trump now works for the American people. His records and his “work history” (so to speak) should be publicly accessible to us. He’s ducked and dodged the question all election long, and now that we’re (ugh) beyond the pale and he’s been sworn in, he’s a public servant now. It’s in our hands to keep a sharp, watchful eye on him and his crew of cronies.