All that glitters is not gold. Seriously don't try to sell an oscar. 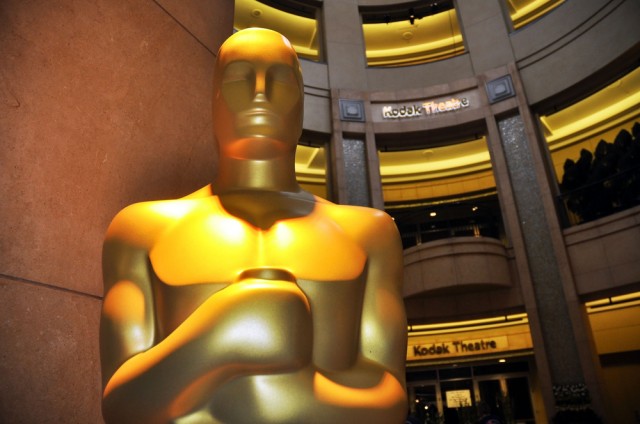 A missive out there for any of the future Oscar winners who I know are among our audience: don’t try to sell that thing. To anybody but right back to the Academy.

It’s not entirely unknown to the outside world that in order to prevent a “black market” in second-hand Academy Award statues, the Academy of Motion Picture Arts and Sciences requires all winners of the award to sign a contract including a clause about how if they ever want to sell their statue, they will offer right of first refusal to the Academy, so that the organization can buy it for $10. But it’s more surprising to the average person the lengths they will go to make breaking that contract look like a really bad idea. Most recently in the case of Carol Surtees, daughter-in-law of sixteen-time nominated, three-time winning cinematographer Robert Surtees, who auctioned off the statue he received for his work on The Bad and the Beautiful (1952) for $40,500.

From The Hollywood Reporter:

The Academy alleges that it sent a letter to Surtees on December 5, spoke on the phone with her on December 12, and despite reminders about the right of first refusal, the auction happened on or about that latter day. She’s now being sued for breach of contract. The lawsuit also names John Does, who are being sued for alleged tortious interference. The Academy demands at least $40,500 in compensatory damages, punitive damages, and an order that the Oscar be put in a constructive trust, among other demanded relief.

Carol was married to Bruce Surtees, Robert’s son (also an Academy Award nominated cinematographer), until his death in 2012. Frankly, I think if I had three Oscars cluttering up the place, I’d feel the temptation to get nearly $50k for one of them as well. But probably not enough to raise the ire of the Academy. I already gripe at them enough about their general conflation of animated film with children’s cinema.

Kids out there: don’t drink and drive. And don’t sell your Oscar statuettes. And don’t go in against a Sicilian when death is on the line. And don’t…