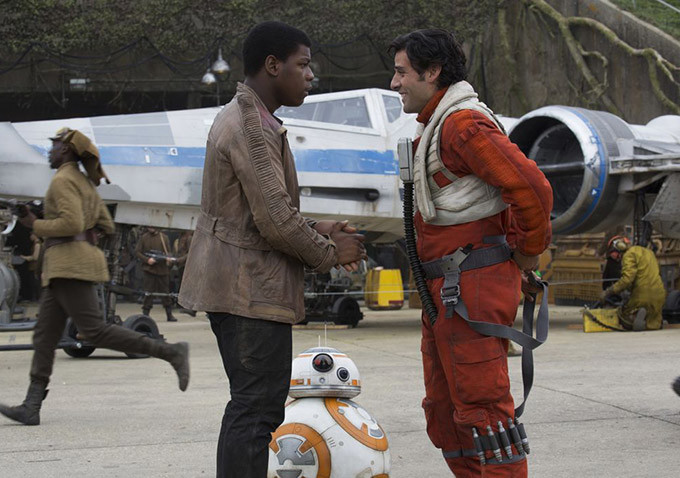 Many Star Wars fans have been around this old, familiar block once before. During ABC’s panel at the Television Critics Association press tour, ABC president Channing Dungey said that they’re working on bringing a live-action Star Wars show to life. When asked about how that’s going, Dungey said, “We’ve had conversations with Lucas, and we’re continuing those conversations with Lucas. I think it would be wonderful to expand that brand with Lucasfilm.”

The television landscape isn’t completely unexplored territory for the Star Wars universe. There have been plenty of fantastic animated shows (Star Wars Rebels, Star Wars: The Clone Wars, among others) and even a now-notorious holiday television special. That being said, such a deal between ABC and Lucasfilm would make this the very first live-action Star Wars television show.

As of right now, however, there isn’t a timeline on when a deal like that might be made. As Variety’s TV correspondent reports (via io9):

More from ABC’s Dungey on possible Star Wars series “[Talks] are ongoing. We don’t really have an official timeline yet.” #TCA16

Not too long ago, before Disney purchased Lucasfilm, George Lucas had been working on a live-action television show called Star Wars: Underworld. It was announced at Star Wars Celebration 2005, but the impending purchase by Disney ended up torpedoing any hope of that show seeing the light of day. Well, maybe it’s too soon to say that, as we don’t even know what this potential Star Wars television show might look like. It could very well be that they might end up reviving the Underworld project, though perhaps retooled in light of this new continuity that didn’t exist eleven years ago.

Having a television show that allows side-character development outside of the films might be the way to go. It’s clear that the Star Wars movies are beginning to look a little overburdened with characters, what with the addition of a brand new “trio” in Star Wars: The Force Awakens (or “quad” if you’re counting BB-8). Given that, Star Wars might be in danger of running into the same issues plaguing Marvel in that their characters and heroes just don’t have the space to grow or develop as they should. Even Marvel has the luxury of solo movies for each hero, which is something that’s never really been done in Star Wars (with the upcoming exception of Han Solo and his Star Wars Story).

This is all to say that while the television show might set off some interesting feels, it has the potential to be something really spectacular. If any of the creative forces behind the amazing things we’ve seen from Lucasfilm as of late are involved, then that potential grows even larger.