ABC Cancels Selfie For Not Having Enough Followers 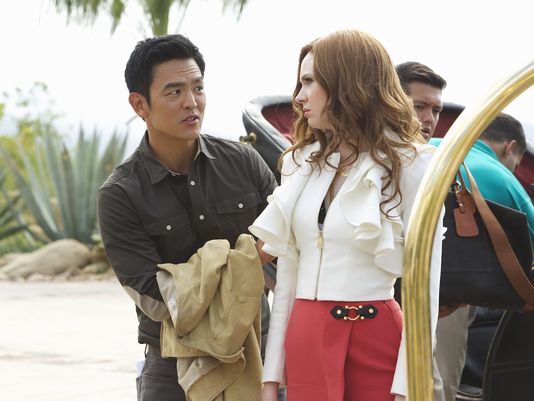 Months ago I would have seen this coming a hundred miles away and reveled in it, but then the show brought us John Cho on a horse and now I don’t know what to feel.

Yup, although the show overcame a terrible title and basically unwatchable pilot to find its stride and not be terrible, ABC is choosing not to renew Selfie past its original 13 episode order. It will appear on television next Tuesday, but after that it’s unclear whether or not the network will choose to air the remaining episodes.

Selfie averaged about 4.7 million viewers and 1.5 rating among adults 18-49, including DVR plays. Its lower-rated Tuesday time-slot buddy Manhattan Love Story was cancelled last month, but it seems that ABC wanted to see if Karen Gillan and John Cho’s chemistry would be enough to help the show’s performance along. Alas, it was not—despite the decision to start airing Selfie episodes back to back, its numbers continued to dwindle.

What do you guys think? Had you been watching the show every week and are you sad to see it go? Because if it means we’re not getting any more Power Rangers dances then yeah, this is absolutely a tragedy.