There were no other nominees, but I'm still happy for him. 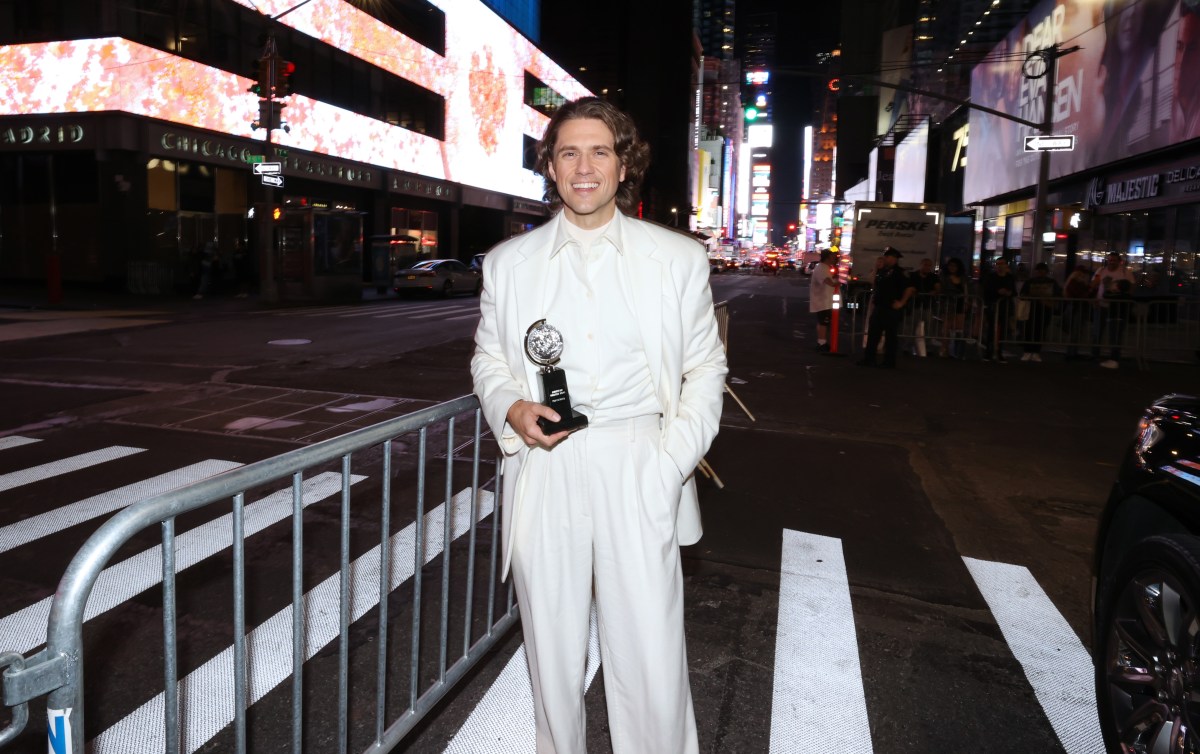 Last night, the 2021 Tony Awards happened. Yes, it is September, and yes, Broadway has been closed down since March of 2020 to only reopen earlier this month, but this was a celebration of shows from 2019–what opened in 2020. So, it was a strange ceremony, but there were still important wins, like Adrienne Warren taking home the Tony for her work in Tina: The Tina Turner Musical on Broadway.

Among those winners was Aaron Tveit, and during any other year, it would be a momentous occasion for Tveit to win the Tony. This year, he had some tough competition, though … absolutely no one else! Starting his speech off with a fun joke about the other “nominees,” Tveit did deserve this win. I think he’s incredible as Christian in Moulin Rouge! but it’s just funny seeing as no one else was even up for the award.

That didn’t mean he was a shoo-in to win, though. Tveit could have lost. If he didn’t get enough votes, with some voters just not voting for anyone, there could have been no Best Lead Actor in a Musical season at all. But luckily, the voters loved Tveit, and he took home the top award.

And he made sure to thank those who helped his journey (like people from both Next to Normal and Catch Me If You Can) in his speech.

This has become such a thing is because Tveit was the only nominee. Granted, there weren’t many shows that had lead actors in a musical, and so he was sort of the only one (The Lightning Thief: The Percy Jackson Musical did not get nominated for anything at the Tony Awards). Still, it is sort of exciting to see Tveit take home the Tony, even if it was by default.

The actor, who became known to Broadway fans as Gabriel Goodman in the 2009 musical Next to Normal, is a Broadway veteran, but he had yet to take home a Tony for his work. I loved his portrayal of Christian in Moulin Rouge! and I think he would have been a front-runner in any normal season, but it’s just the fact that Aaron Tveit didn’t really have competition and short of just got the award because he was on Broadway that had many making fun of the situation.

Luckily, he got enough of the Tony votes to win, but I do wish that Aaron Tveit won in a year where it wasn’t just sort of handed to him, especially after everyone except Aaron Tveit in the core cast was nominated for Next to Normal. He deserved the Tony. It just would have been nice to feel like it wasn’t just handed to Tveit because he was the only option. Congratulations to the entire cast of Moulin Rouge! on taking home Best New Musical and to Tveit and Danny Burstein on their performance awards.