Aaron Sorkin Is Shocked, Just Shocked, That Hollywood Has a Diversity Problem 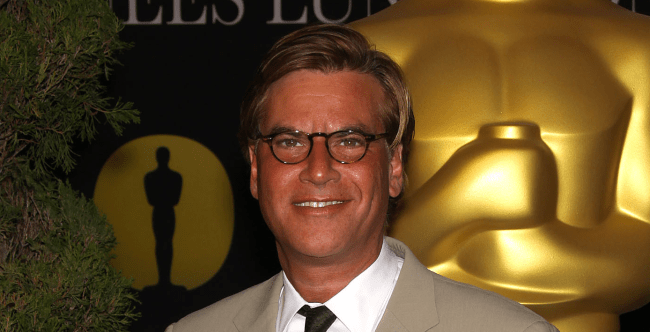 Apparently awaking from years in a pristine chrysalis, Aaron Sorkin was shocked to discover that discrimination exists in Hollywood. Speaking at the Writers Guild Festival on Saturday, he was reportedly “in disbelief” when he heard about the discrimination in his industry.

“Are you saying that women and minorities have a more difficult time getting their stuff read than white men? And you’re also saying that [white men] get to make mediocre movies and can continue on?” he asked. When this was confirmed, he protested that he’d always considered Hollywood a “genuine meritocracy.”

“You may be confusing meritocracy with meretricious,” teased film critic Elvis Mitchell, who was moderating the discussion. “Happens all the time.”

Sorkin couldn’t let go of this mind-blowing revelation. “You’re saying that if you are a woman or a person of color, you have to hit it out of the park in order to get another chance?” he followed up.

Sorkin then offered a list of women and people of color who have indeed “ha[d] to hit it out of the park”–Ava Duvernay, Lena Dunham, and Jordan Peele–as evidence that racism and sexism in Hollywood are a thing of the past.

Honestly, I don’t know how to feel about this whole song-and-dance. Sorkin’s shock does feel a little artificial, given very public campaigns like #OscarsSoWhite, the whiteness of his shows’ casts, and his own issues with listening to women’s voices in the writers’ room. But at the same time, I’m not exactly surprised that Sorkin is surprised. He’s precisely the sort of clueless that believes his writers’ rooms and casts end up that way because “I just pick the best person.”

Near the end of the discussion, though, Sorkin redeemed himself somewhat by doing what we should all do when confronted with an injustice we were unaware of: he asked how he can help.

“What can I do [to help]?” he said. “I do want to understand what someone like me can do … but my thing has always been: ‘If you write it, they will come.'”

Unfortunately, that’s only true when the ‘you’ looks like Aaron Sorkin.

(Via Vulture and Variety; image via Shutterstock)