A Wrinkle In Time Casts Zach Galifianakis | The Mary Sue 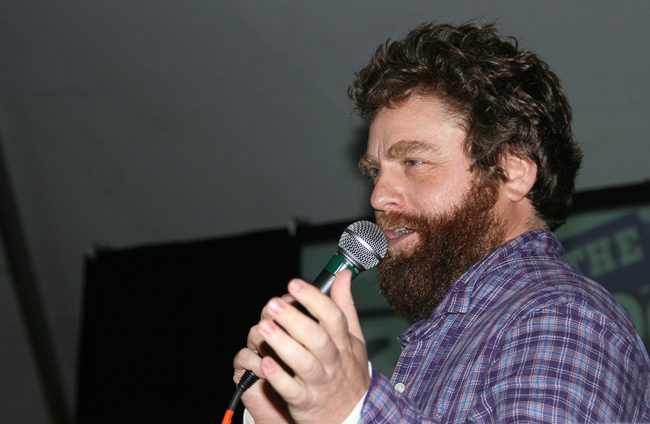 The already star-studded cast of Ava DuVernay’s A Wrinkle In Time film adaptation has just added yet another well-known name to the ranks: Zach Galifianakis has signed on to play the role of the Happy Medium. Fans of the book will recall that the Happy Medium is a woman, at least in the book–but in the movie version, the character will be gender-swapped.

This is an interesting and fun choice, since after all, there’s no reason why a medium needs to be a woman–even if, stereotypically, women are often associated with having mystic powers in fantasy books, and the role of a “medium” in particular is often seen as a femme one. And, of course, A Wrinkle In Time has plenty of female witch characters, to be played by Mindy Kaling, Oprah Winfrey, and Reese Witherspoon. The only requirement for the Happy Medium character, though, is that she be joyful and funny–just as her punny name suggests–and I’m sure Galifianakis is up to that task.

Galifianakis will also be joining cast-mates Gugu Mbatha-Raw and Chris Pine, who will be playing the super-smart scientist parents of the story’s 13-year-old protagonist, Meg (played by Storm Reid). Overall, the creative team’s choices in casting this movie have shown that it’s totally possible to come up with a more diverse vision for a sci-fi book that still involves casting some very well-known and big name actors, whose star power will likely propel A Wrinkle In Time into the public eye. So much for the internet always claiming that it can’t be done, hmm?