A New 'Star Wars Holiday Special' Is Upon Us—In LEGO! | The Mary Sue

A New Star Wars Holiday Special Is Upon Us—In LEGO

And with Rose Tico front and center?! 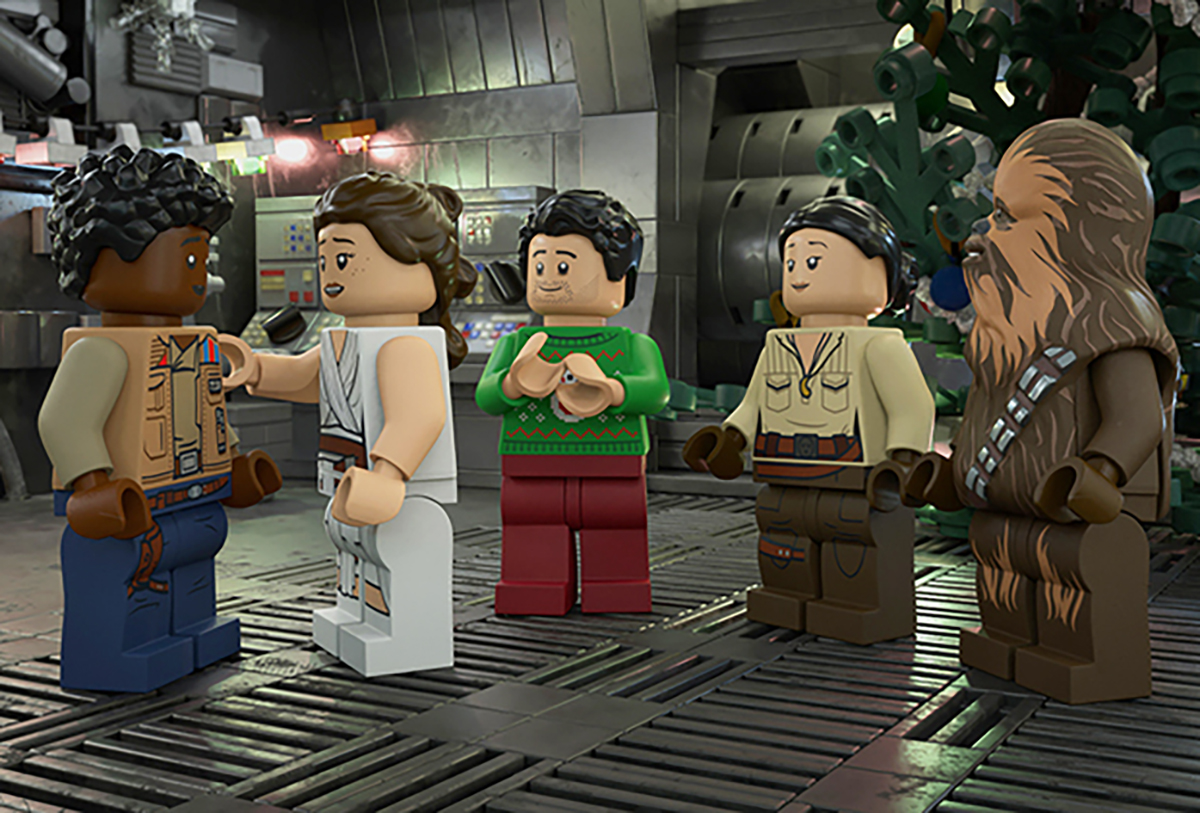 The original Star Wars Holiday Special is truly a masterpiece—in the sense that it’s like a spectacular car wreck you just can’t look away from. It makes no sense; there is an overly long segment entirely in Shyriiwook (the language Chewbacca speaks) with no subtitles or anyone to “translate” like Han Solo does, and Bea Arthur is randomly there.

It’s so bad that George Lucas actively made it hard to find because he knew it was bad—and George Lucas never seems to know when something is bad. So, that’s saying something. “That’s one of those things that happened, and I just have to live with it,” Lucas said in a 2002 Maxim interview, so yeah … it’s that bad.

But, it is ours and we love it because it’s a part of Star Wars history, and now, coming to Disney+ this November 17th, we’re getting a new and improved holiday special. This time, with LEGO!

According to Jedi News, the special is going to pay homage to the original, and honestly? Thank god.

The Lego holiday special, which Rimes teases will feature a few “Star Wars” movie actors reprising their roles, catches up with the cast after the events of last year’s saga-closing “Star Wars: The Rise of Skywalker.” Rey and droid pal BB-8 head off on a quest to gain a deeper knowledge of the Force, but their visit to a mysterious Jedi Temple sends them careening through time and space. Rey interacts with Luke Skywalker, Darth Vader, Obi-Wan Kenobi, Yoda and other characters in some of the franchise’s most beloved moments, as they try to return in time for a Life Day feast with her friends on Chewbacca’s Wookiee home world of Kashyyyk.

But, more importantly, Rose Tico is front and center in this picture, which is more than she got in all of Rise of Skywalker, honestly.

Lego Rose Tico getting more screentime than Kelly Marie Tran got in IX is very 2020. https://t.co/2gywMeimfp

There isn’t confirmation on who is returning to their roles and who isn’t, but the fact that Rose is featured in the first image released does give me a bit of hope that they’ll finally do right by her, even if it is in LEGO form instead of onscreen like they should have done in Episode IX.

Playing with timelines, different characters, and the holiday spirit, the special will (hopefully) remind Star Wars fans about the joy this series brings to us. I think, a lot of the time, we get lost in what we think should happen in these movies and forget why we love Star Wars in the first place, and if this is anything like the original holiday special, we’ll be able to talk about how completely bonkers it is for years to come. Will they include a weird Life Day song at the end? I hope so.