A Love Letter to Birds of Prey’s Helena Bertinelli a.k.a. Huntress a.k.a. the Crossbow Killer 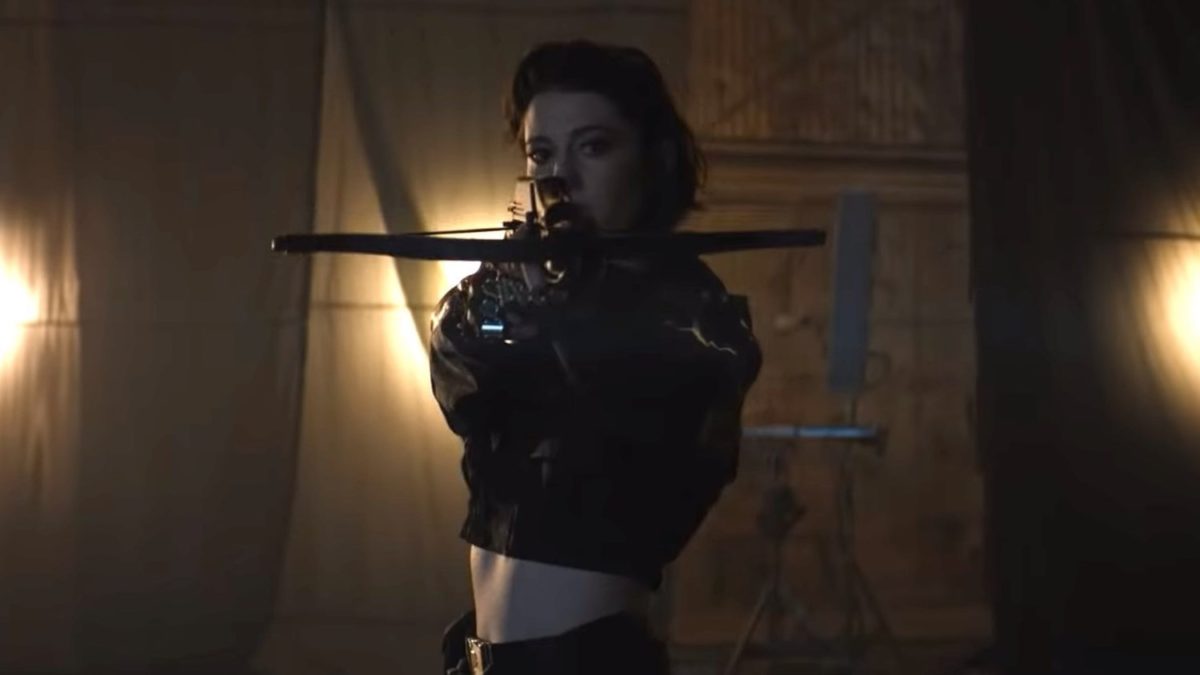 To my dearest Huntress,

I have the luxury of seeing myself on screen far more than other women. Typically, it comes in the form of a put-together white woman, but alas, still, I am represented. But rarely have I personally seen an Italian woman onscreen who isn’t the kind of character who ends up cooking pasta or being the strong mother in a family. Revolutionary.

Helena, you had a rough go of it, but you came out seeking revenge and got what was owed to you and your family name, and for that, you are my favorite.

With all my love,

Another Italian woman with rage issues.

In all seriousness, let’s talk about Helena Bertinelli. A character who has gone through many variations in the comics, Birds of Prey’s version of Huntress is extremely interesting to me because she’s socially awkward, has only been fueled by rage, and is still willing to work on the same side as the good guys to take down the creeps of Gotham in the end.

The Bertinellis were a mafia family who were killed, execution-style, in order for another crime family to steal their money. That plan is derailed by the fact that all the information necessary to obtain their wealth was engraved on a diamond that was lost to the world (that is, until Roman Sionis found it).

Helena Bertinelli, who managed to survive the massacre of her family, was sent away to Italy to train as an assassin, making her own kill list and preparing for a life of revenge. While, in most movies, you’d end up with a character who is still somehow a well-rounded person despite all this, in Birds of Prey, we get socially awkward Helena, who only wants to murder those on her list and then go.

But then, of course, she has moments that are completely badass. Whether stabbing a man while going down a slide or taking out four men all on her own, Huntress isn’t one to play around. She’s a lean, mean, killing machine who definitely doesn’t know how to talk to people but does know how to make an entrance.

Exhibit A: Her on a motorcycle.

But more than that, Helena does not understand the level to which her life has been geared to create a killing machine—quite literally. Watching her family die forced her into this revenge mode, and she only ever really knew those who trained her. So now, dealing with Harley Quinn, Renee Montoya, Black Canary, and Cassandra Cain on an interpersonal level puts her completely out of her element.

Even when they think she’s amazing and are in awe of her, Helena questions it.

She is, however, an Italian woman with rage issues, so I do feel seen.

Helena Bertinelli is an incredible character and one I wish we could have seen more of in Birds of Prey, so honestly, I’m excited to see where the Birds of Prey end up next. We know that Black Canary, Helena, and Renee all end up fighting crime together, and it’d be nice to see how she grows, having these other amazing women around her.