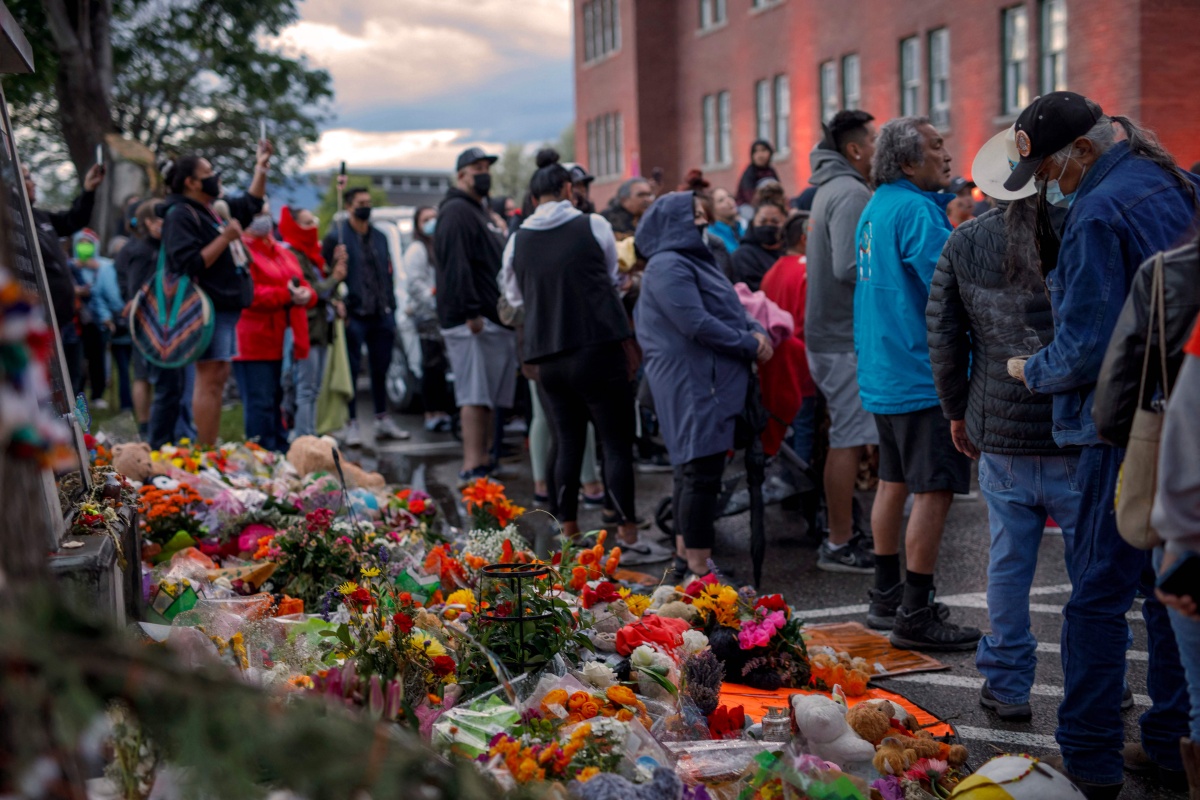 Another tragedy has been unearthed in Saskatchewan when the Cowessess First Nation discovered another large number of unmarked graves at the Marieval Indian Residential School.

The CBC reported that, using ground-penetrating radar, there were “preliminary findings reporting 751 ‘recorded hits’ at the site, Cowessess First Nation Chief Cadmus Delorme said during a news conference on Thursday morning. Each hit could could represent more than one set of remains.”

Bobby Cameron, the chief of the Federation of Sovereign Indigenous Nations, the provincial federation of Indigenous groups, spoke out about this: “There was always talk and speculation and stories, but to see this number — it’s a pretty significant number. It’s going to be difficult and painful and heartbreaking.”

He added, “This is what the Catholic Church in Canada and the government of Canada of the day forced on our children.”

It will likely be a while before we get more data on how many sets of remains are found at this grave site, but 751 is enough to make your blood run cold. This follows the discovered remains of 215 children at the Kamloops Indian Residential School in British Columbia earlier in May.

For Canada’s Indigenous citizens, this serves as a moment of collective mourning for their communities. It is also a reminder to non-Indigenous people of the centuries of discrimination and abuse and intergenerational trauma passed along to survivors of residential schools.

Back in 2008, a national Truth and Reconciliation Commission was established to “investigate, expose and document the history and consequences of the residential schools,” says the Times.

It is unclear how the children died at the church-run schools, which were buffeted by disease outbreaks a century ago, and where children faced sexual, physical and emotional abuse and violence. Some former students of the schools have described the bodies of infants born to girls impregnated by priests and monks being incinerated.

The commission estimated that about 4,100 children went missing nationwide from the schools. But an Indigenous former judge who led the commission, Murray Sinclair, said in an email this month that he now believed the number was “well beyond 10,000.”

As we have new technology that enables this kind of thing to be possible, I am sure there will be more revelations of this kind of brutality. If we did investigations like this in America, I’m sure we would find something eerily similar. Right now, what matters is showing support to the Indigenous communities dealing with this re-triggering event and holding the Canadian governments and Catholic church responsible for the sexual, emotional, and cultural violence they perpetuated on children.

Considering the American Catholic Church wants to take away Joe Biden’s ability to receive communion over his stance on abortion, you would think they should have something to say about the murder of children in their own schools.

Correction: This article originally described the burial site as a “mass grave” and misstated the details of the known number of remains at this point.