Listers Are Doin’ It for Themselves: 7 Great Female Characters of 2015 You May Have Missed 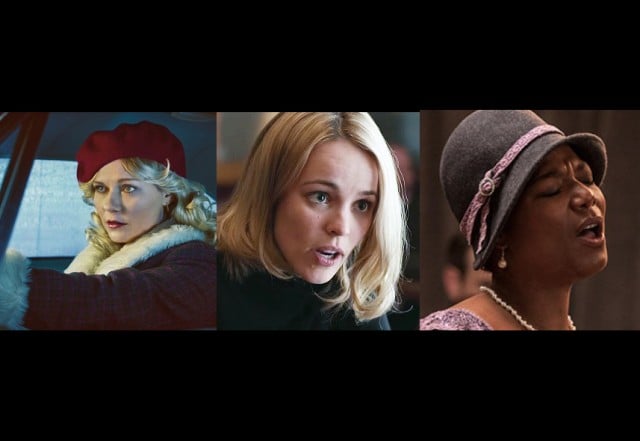 It’s been one hell of an emotionally trying year, but it’s also been a great one for female characters. Some of the most talked-about debuts this year, be they Imperator Furiosa, Jessica Jones, Cookie Lyon or Kimmy Schmidt, have ably demonstrated that, in the words of the latter’s theme song, females are strong as hell. In fact, there’s been such a wealth of admirable heroines this year that a few have slipped under the radar just because there simply isn’t enough room. So now that you (hopefully) have a bit of a break, here are seven more fierce ladies from screen, page, and stage in 2015. 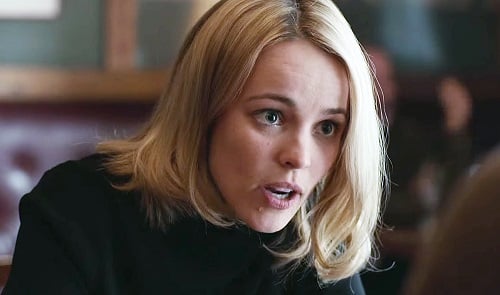 One of the most wonderful things about this wonderful film is the subtle ways its central performances highlight the differences in their journalistic styles. Walter “Robbie” Robinson (Michael Keaton) is a networker, leveraging the Irish Catholic boys’-club camaraderie that runs so much of Boston to get the information he needs. Mike Rezendes (Mark Ruffalo) is relentless, easing or dragging the story out of his sources depending on what’s needed. Sacha (Rachel McAdams), meanwhile, has an understanding, maternal aspect to her that is key to getting the traumatized victims of clergy sexual abuse to open up, such as when she gently tells one that she knows it’s hard, but he needs to go into graphic detail for the story to shock readers enough to care. McAdams spent much of the year on projects that even people who hated them conceded she was excellent in (Aloha, True Detective) but closed it out as the secret weapon of one of 2015’s best movies. 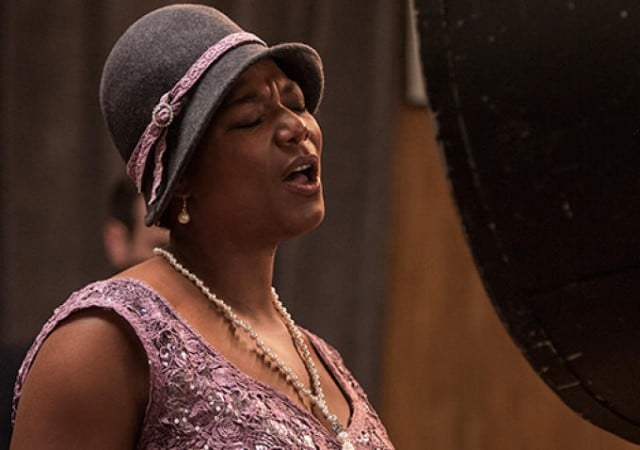 I am forever grateful that this musician biopic found a home at HBO instead of as an awards-season theatrical release. It’s difficult to imagine the standard Oscar bait including so many aspects that made the legendary blueswoman (Queen Latifah) one of a kind, from her bisexuality to her crusade against colorism (black performers of the era were often subjected to the “brown paper bag test” to ensure they were light-skinned “enough” for the stage; Smith inverted the test for her performers).

That’s not even going into true moments so badass they could be mistaken for a screenwriter’s invention, such as Smith chasing the Klan away from her tent performances (it’s debated whether or not she was actually armed with a hatchet as she is in the film, but would that really make it less badass?) 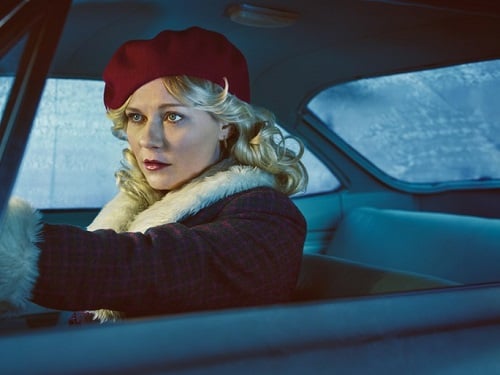 At first glance, Peggy (Kirsten Dunst)—a simple beautician married to Ed, a small-town butcher (Jesse Plemons), more for security than anything else—seems like this FX series’ Minnesota-nice variant on the femme fatale: when she accidentally mows down the murderous youngest son of a local crime family with her car, she manipulates her husband into finishing the job and disposing of the body. But as this initial spark ignites, as they so often do in these stories, it becomes clear Peggy is more than that.

Her New Age stream of consciousness about “self-actualizing” makes clear that she’s a young, ambitious woman frustrated by how the women’s-lib spirit of the late ’70s has largely passed the sleepy Midwest by, and as the story progresses, it turns out that a lot of what initially came off as her being self-centered or flighty is genuine mental illness. She’s complex, irritating, and pitiable in a way far too few female characters in crime dramas are allowed to be. She also has the single best line in the season, presented here out of context: “It’s just a flyin’ saucer, Ed. We gotta go.”

Jessica Huang, Fresh Off the Boat

As the second-ever Asian-led American network sitcom, Fresh Off the Boat, based on celebrity chef Eddie Huang’s memoir of the same name, had a lot riding on it completely independent of actual content or quality, but the show turned out incredibly funny and charming, and mother Jessica is a huge part of why. Superficially, the character, who’s forceful, high-strung, and obsessed with ensuring her sons are successful, seems like she could have been the laziest, hackiest Tiger Mother stereotype. However, she couldn’t be further from it in practice, due to both the sharp, clever writing and an amazing performance by Wu—a native of my hometown of Richmond, Virginia, so, you know, you’re welcome. Her turn as a female, Chinese Santa (“You know those street signs that say Men at Work? Women don’t need those. It’s understood.”) is a particular highlight. 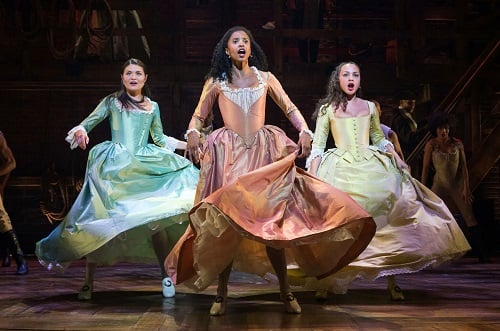 In Lin-Manuel Miranda’s Broadway phenomenon ( which may have led me to Google “which kidney do you need less”), Alexander Hamilton’s wife Eliza (Philippa Soo) and sister-in-law Angelica (Renee Elise Goldsberry) seem acutely aware what a struggle it is to get recognition in both the sausage-fest that is Revolution-era America and the history books that recorded it. Angelica is introduced announcing her intention to “compel [Thomas Jefferson] to include women in the sequel” to the Declaration of Independence, while sweet, demure Eliza begs her workaholic husband to “let me be a part of the narrative.”

This is more than lip service: in the show’s Kleenex-annihilating finale, the focus turns to Eliza’s jaw-dropping five decades of philanthropy after her husband’s fatal encounter with Aaron Burr, including continuing his abolitionist activism and founding New York City’s first private orphanage, which endures today as the nonprofit Graham Windham. 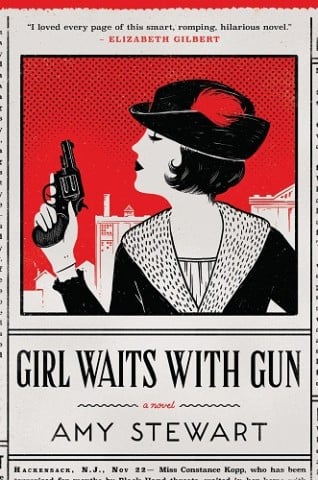 If you’re the type of person who clicked on this article in the first place, I guarantee you’ll love this historical novel by horticulture expert Amy Stewart, her first foray into (sort of) fiction. Constance, a towering, opinionated daughter of immigrants, sees her and her younger sisters’ lives change indelibly when their buggy is destroyed by a vicious silk factory owner’s car. Seeking restitution, Constance sets off a chain of events that leads to her becoming one of the nation’s first female deputy sheriffs. Constance was a real person, but Stewart truly brings her to life with her crackling internal monologue and refusal to brook any bullshit in a story that’s best described as, “What if Furiosa was the lead in Boardwalk Empire?”

Zack Budryk is a Washington, D.C-based editor and journalist who is happiest writing about the intersection of gender issues, popular culture, and snark, which is more common than you would think. He lives in Alexandria with two badly-behaved cats, a fairly chill betta fish and his wife Raychel, a feminist, environmental activist and general force to be reckoned with. He recently completed his first novel, but don’t hold that against him. He blogs atautisticbobsaginowski.tumblr.com and tweets as ZackBudryk, appropriately enough.