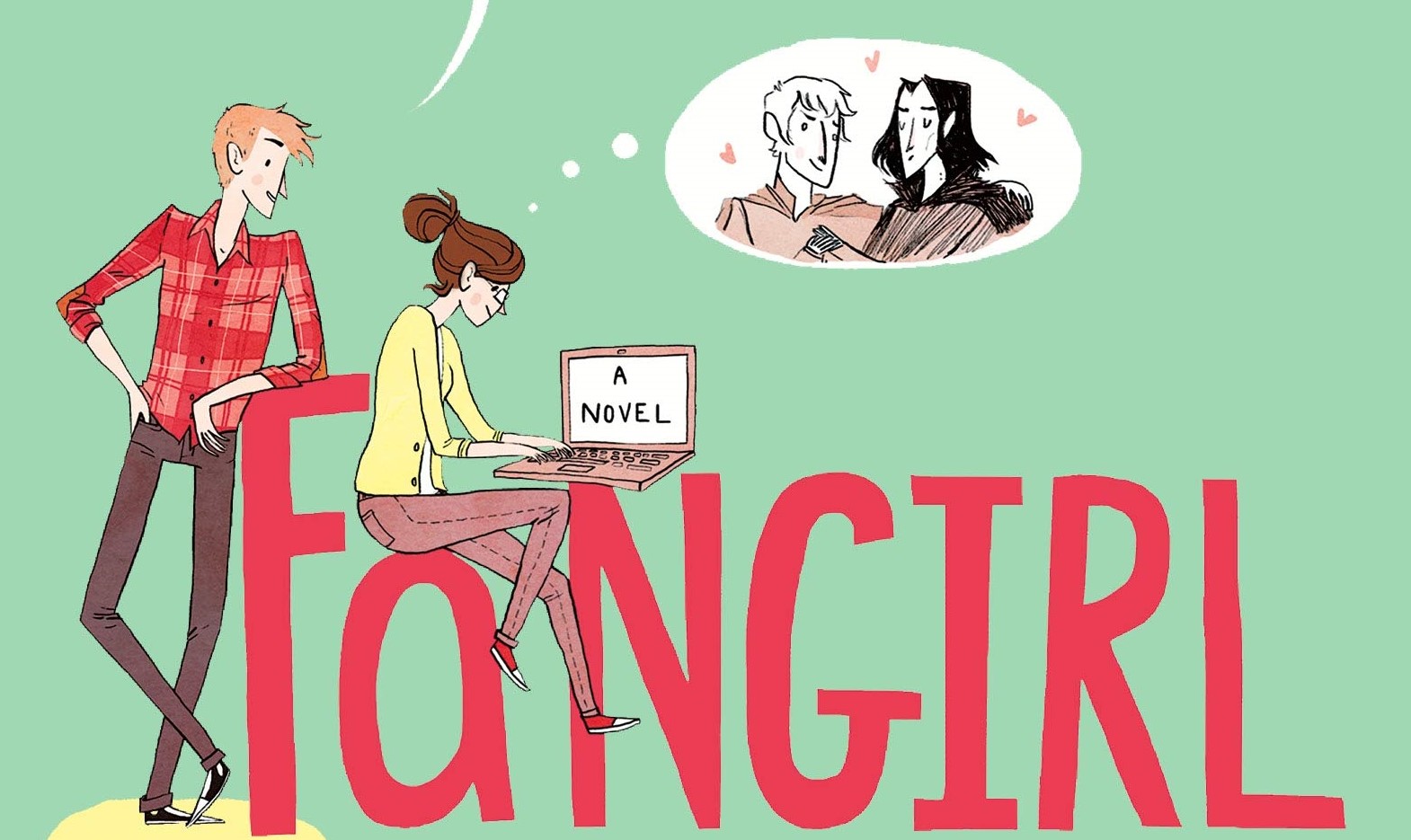 Just like that, November is nearly over! For those of us who started on ambitious writing projects for National Novel Writing Month (NaNoWriMo, as it’s affectionately called), it feels as if we’ve barely had time to settle in to our writing routines before the finish line is suddenly dangling in front of us.

If you weren’t able to make your word counts or finish your project in time, no need to beat yourself up—remember, we’re living in the midst of a very intense and volatile year, and sometimes there’s only enough energy in the day to focus on the most pressing tasks. And just because Shakespeare was able to write King Lear during a plague doesn’t mean you’re obligated to. Those projects will get done in their own time, at their own pace.

But, if you’re in need of some inspiration to get you through that final push to the finish line, dive into this short list of incredible books that all started out as NaNoWrimo projects. I don’t know about you, but a few of these pleasantly surprised me. Enjoy!

The Night Circus by Erin Morgenstern 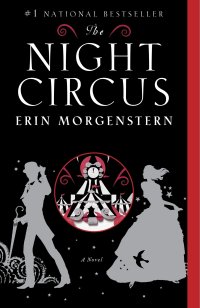 A beautiful, sleepy tale of magic and star-crossed love, set against the backdrop of a beautiful and mysterious circus. The Night Circus is one of the most successful projects to come out of NaNoWriMo, and for good reason; the world Erin Morgenstern creates is at once vivid and deeply immersive, making you feel as if you’re right there with the two protagonists as they battle to become master magicians—and fall in love in the process.

The circus arrives without warning. No announcements precede it. It is simply there, when yesterday it was not. Within the black-and-white striped canvas tents is an utterly unique experience full of breathtaking amazements. It is called Le Cirque des Rêves, and it is only open at night.

But behind the scenes, a fierce competition is underway—a duel between two young magicians, Celia and Marco, who have been trained since childhood expressly for this purpose by their mercurial instructors. Unbeknownst to them, this is a game in which only one can be left standing, and the circus is but the stage for a remarkable battle of imagination and will. Despite themselves, however, Celia and Marco tumble headfirst into love—a deep, magical love that makes the lights flicker and the room grow warm whenever they so much as brush hands.

True love or not, the game must play out, and the fates of everyone involved, from the cast of extraordinary circus performers to the patrons, hang in the balance, suspended as precariously as the daring acrobats overhead.

Written in rich, seductive prose, this spell-casting novel is a feast for the senses and the heart. 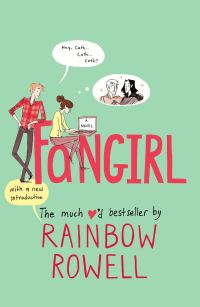 A romcom tale of coming-of-age and love in the world of fandom and fanfiction, Fangirl perfectly embodies the nostalgia of being awkward, young, and enamored with media that makes you feel seen and empowered. And let’s be real: We were all Cath at some point. Or maybe some of us still are—either way, there’s no shame in proudly letting your geek flag fly!

Cath is a Simon Snow fan.

Okay, the whole world is a Simon Snow fan..

But for Cath, being a fan is her life — and she’s really good at it. She and her twin sister, Wren, ensconced themselves in the Simon Snow series when they were just kids; it’s what got them through their mother leaving. Reading. Rereading. Hanging out in Simon Snow forums, writing Simon Snow fan fiction, dressing up like the characters for every movie premiere.

Cath’s sister has mostly grown away from fandom, but Cath can’t let go. She doesn’t want to.

Now that they’re going to college, Wren has told Cath she doesn’t want to be roommates. Cath is on her own, completely outside of her comfort zone. She’s got a surly roommate with a charming, always-around boyfriend, a fiction-writing professor who thinks fan fiction is the end of the civilized world, a handsome classmate who only wants to talk about words… And she can’t stop worrying about her dad, who’s loving and fragile and has never really been alone.

For Cath, the question is: Can she do this? Can she make it without Wren holding her hand? Is she ready to start living her own life? Writing her own stories?

And does she even want to move on if it means leaving Simon Snow behind?

With the Fire on High by Elizabeth Acevedo 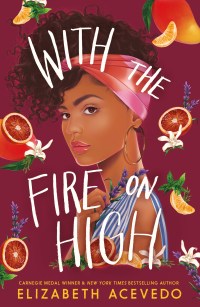 A beautiful tale of finding oneself in the midst of difficult circumstances, With the Fire on High is a poignant YA novel that mixes tenacity with charm in the story of Emoni, a young teen mother whose talent for cooking opens up the opportunity to change her life in ways she couldn’t have ever imagined. One of my favorite things about this book are the food descriptions, which are so vivid that I find my mouth watering, and my hands clenching in jealousy at not being able to actually eat any of the cuisine Emoni makes.

With her daughter to care for and her abuela to help support, high school senior Emoni Santiago has to make the tough decisions, and do what must be done. The one place she can let her responsibilities go is in the kitchen, where she adds a little something magical to everything she cooks, turning her food into straight-up goodness. Still, she knows she doesn’t have enough time for her school’s new culinary arts class, doesn’t have the money for the class’s trip to Spain — and shouldn’t still be dreaming of someday working in a real kitchen. But even with all the rules she has for her life — and all the rules everyone expects her to play by — once Emoni starts cooking, her only real choice is to let her talent break free.

Anna and the French Kiss by Stephanie Perkins 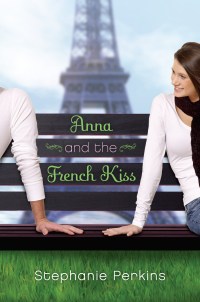 Before Emily in Paris, there was Anna and the French Kiss, an adorable YA story of young love, friendship, and the joy of adventure against the City of Lights. Anna makes for an endearing protagonist who falls into hilarious and delightfully quirky adventures, as she adjusts to her new life in a French boarding school and falls for the effortlessly dreamy Étienne St. Clair.

Anna is looking forward to her senior year in Atlanta, where she has a great job, a loyal best friend, and a crush on the verge of becoming more. Which is why she is less than thrilled about being shipped off to boarding school in Paris–until she meets Étienne St. Clair. Smart, charming, beautiful, Étienne has it all…including a serious girlfriend.

But in the City of Light, wishes have a way of coming true. Will a year of romantic near-misses end with their long-awaited French kiss?

Water for Elephants by Sara Gruen 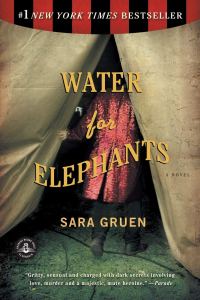 A book that quickly hit bestseller status and became an instant sensation, Water for Elephants is another read that dives into the charming magic of running away to the circus—and discovering the true love that waits within. Spawning a film adaptation starring Reese Witherspoon and Robert Pattinson, Gruen’s novel truly pulls at the heartstrings and makes for a love story that you can’t help but cheer for until the very end.

When Jacob Jankowski, recently orphaned and suddenly adrift, jumps onto a passing train, he enters a world of freaks, drifters, and misfits, a second-rate circus struggling to survive during the Great Depression, making one-night stands in town after endless town. A veterinary student who almost earned his degree, Jacob is put in charge of caring for the circus menagerie. It is there that he meets Marlena, the beautiful young star of the equestrian act, who is married to August, the charismatic but twisted animal trainer. He also meets Rosie, an elephant who seems untrainable until he discovers a way to reach her.

Beautifully written, Water for Elephants is illuminated by a wonderful sense of time and place. It tells a story of a love between two people that overcomes incredible odds in a world in which even love is a luxury that few can afford. 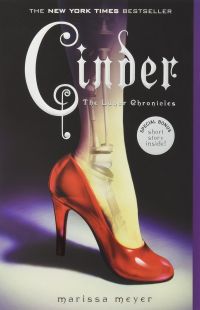 Marissa Meyer’s sci-fi reinterpretation of Cinderella is one of the most imaginative debuts I’ve had the pleasure of reading. Her followup novels, Cress and Scarlet (both also written during NaNoWriMo), expand cleverly upon the futuristic world introduced in Cinder, making for a series that is truly charming and unforgettable.

Humans and androids crowd the raucous streets of New Beijing. A deadly plague ravages the population. From space, a ruthless Lunar people watch, waiting to make their move. No one knows that Earth’s fate hinges on one girl. . . . Cinder, a gifted mechanic, is a cyborg.

She’s a second-class citizen with a mysterious past, reviled by her stepmother and blamed for her stepsister’s illness. But when her life becomes intertwined with the handsome Prince Kai’s, she suddenly finds herself at the center of an intergalactic struggle, and a forbidden attraction. Caught between duty and freedom, loyalty and betrayal, she must uncover secrets about her past in order to protect her world’s future.

Side Effects May Vary by Julie Murphy 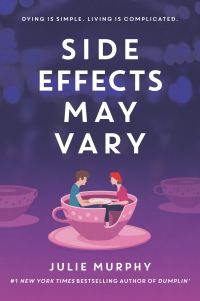 Fans of John Green’s The Fault In Our Stars will be absolutely charmed by Julie Murphy’s debut novel. Humorous and poignant all at once, Side Effects May Vary tells the story of Alice, who, after a cancer diagnosis, decides to create a bucket list with her best friend, which leads to both heavy and lighthearted consequences.

When sixteen-year-old Alice is diagnosed with leukemia, she vows to spend her final months righting wrongs. So she convinces her best friend, Harvey, to help her with a crazy bucket list that’s as much about revenge as it is about hope.

But just when Alice’s scores are settled, she goes into remission, and now she must face the consequences of all she’s said and done.