Check Out a Computer Animation from Nearly 50 Years Ago 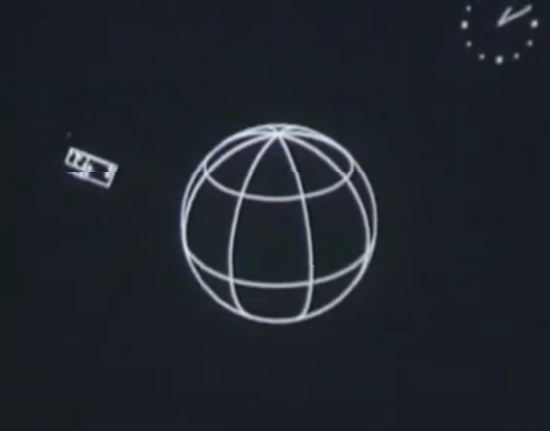 You probably tend to think of computer animation as a relatively recent phenomenon, but it’s actually a lot older than you’re likely to give it credit for. While computer generated movies didn’t start taking off until the ’90s, computers were being used to generate animations as early as the 1960s. A video recently released from the AT&T archives shows off one of these early specimens, an animation from 1963, which very well may be the first computer animation ever; it’s hard to really know. Nonetheless, it’s an important piece of history.

This animation in particular — or “computer-made movie” as the narrator and creator Edward E. Zajac calls it — was intended to illustrate how a certain kind of satellite orbits the Earth. Sure, it’s a little simplistic, but it was 1963; people were still using typewriters on a daily basis. Zajac programmed the actual calculations needed to model the satellite’s flight in FORTRAN and used another program called ORBIT to come up with the animation. The data was fed to the original machine with punchcards and then output onto microfilm. We’re talking high-tech stuff here.

Obviously, we’ve come a long, long way, but there’s something poetic about this piece of history and its stark simplicity, especially when you know what kind of work went into it. Give the video a watch below, and get a look at the larval stages of a technology that is so ubiquitous today. We can only hope we progress so far in the next 50 years.