5 Reasons to Get Hooked on Mr. Robot 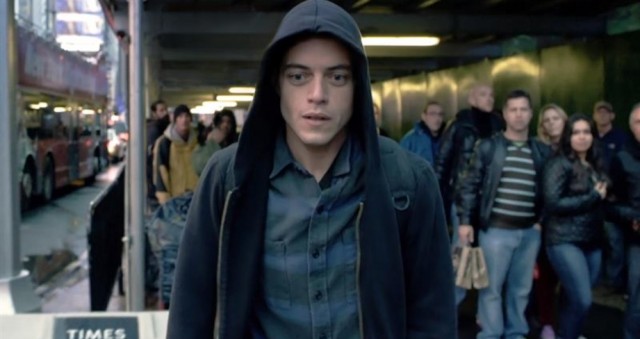 It has been a long time since I’ve found myself to be obsessed with a TV show, and by obsessed I mean watching episodes repeatedly and later ranting and raving about them online. I’m also not a fan of writing TV recaps myself, but have done so just so I can have yet another opportunity to relive the moments scene-by-scene of this series because the story is that profound to me. So why am I so addicted to Mr. Robot? I’ll give you 5 solid reasons:

This Show Is Perfect For Introverts

When the USA network series Mr. Robot premiered, I was hooked at the start. Rami Malek’s engaging eyes and Elliot Alderson’s candid delivery piqued my interest immediately in the coffee shop scene when he reveals to an online pedophile that he’d hacked his network. However, the most poignant moment in that scene was when Elliot revealed that he didn’t know how to talk to people. This struck me as a self-declared introvert. I find it very difficult at times to speak to people and/or articulate how I feel to others verbally. I express myself better using the Internet, whether I’m writing a blog post or communicating with someone in 140 characters or less through a social media network. Elliot doesn’t know how to have candid conversations with people; instead, he’s a hacker by trade and uses his skills to not only pry into others’ lives, but also reveal to them who they are without having a discussion about it.

In episode 7, Elliot tells Krista everything he knows about her, and some things Krista herself would wish no one to know. Elliot tells her that he doesn’t just hack her, but he hacks everyone, as if that’s somehow supposed to give her comfort when he’s been scrutinizing her private life for God knows how long. This is how he functions; he can only express himself in a certain way. For many of us introverts. it may not be as extreme as Elliot’s case, but we all find ways of channeling our social prowess that are comfortable for us. Introverts use a myriad of hobbies and activities to do so, such as music, sports, writing, as well as visual and performance art. We use these as conduits to express ourselves to others without vocalizing our message.

The Writing Is Stunning

The first person voice-over narration and the way Elliot pontificates over his opinions on pop culture and social media is impressive. There are none of the usual clichés or ridiculous tropes associated with being a computer hacker. Yes, he’s a brooder, aloof, and would be considered a nerd, but he’s a three-dimensional character who has motives and flaws that make sense to why and how he is the person he is today. Within this season, we have learned more about Elliot than he knows about himself, and when a show is able to convey that to an audience, the writing is definitely sharp.

The show is also changing the trajectory on how we view cyber crimes compared to campy films and TV shows of years past. Mr. Robot gives us information that we can use in how we manage our online identity. One particular detail about the show is that Elliot’s webcam is always covered; hackers have been known to hack into webcams and spy on laptop and PC users. These kinds of details are very relevant to contemporary security measures used today, and I admire the show for recognizing these facts. 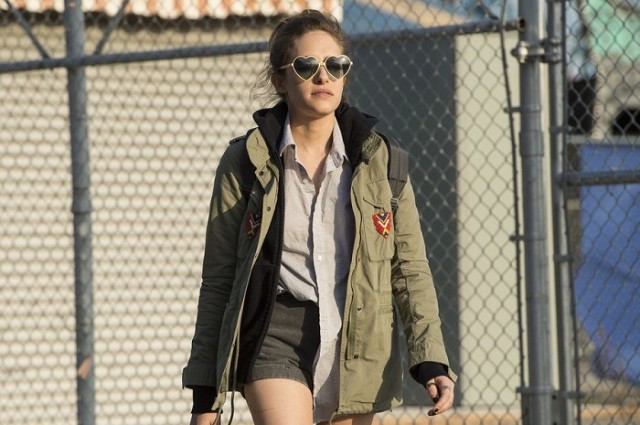 Rami Malek is the breakout star of the show with his depiction of Elliot Alderson; the detached yet strikingly intriguing protagonist is what keeps my interest piqued week-to-week, but Christian Slater as the title character of Mr. Robot ain’t that bad either.

Slater’s an amazing performer in his own right, and he excels as the head of an underground alliance of computer hackers called FSociety. Am I the only one who thinks of Jason Dean AKA JD from Heathers every time Slater appears on screen? He’s perfect at playing a role of a character who’s enigmatic and yet very clear on his motives for conquering corporate greed. There’s also Tyrell Wellick, played by Martin Wallström, who’s perfect at playing a corporate yuppie by day and a psychotic killer by night, which is reminiscent of Christian Bale’s role in American Psycho. I also love Gloria Reuben’s portrayal of Krista, Elliot’s therapist. She does a phenomenal job of using eye cues to alert us to one of many of her whirlwind of emotions.

For the most part, music on TV shows doesn’t necessarily drive the story, but as of late on shows from Shondaland like Grey’s Anatomy and Scandal, it acts as a supporting character. Mr. Robot does a couple of things that fascinate me musically. First of all, the songs on the show like “Pictures of You” by The Cure that are not only a supporting character but also a plot device used later is incredibly creative. (Spoilers!) . The second thing I notice are the musical cues from the pulsating synths that seems to be the original score for the series. The moment when Krista knows Elliot is deflecting in his therapy session and says “you’re hiding.” There’s a music cue to let you know that something is amiss. Details like this are what makes the show so extraordinary to me.

Now usually a perplexing storyline is a huge red flag for me. However, in the case of Mr. Robot, the story is presented to us in pieces–and as the viewer, it’s our responsibility to place each piece of the puzzle together. At the core of it all, that’s what draws me in this narrative so deeply. Bits of Elliot’s past and present (and possibly future) are broken links that each have a missing part. Many of us viewers who elect to live-tweet give our theories to help fill in the gaps, and others choose to ride with the tide and wait for the reveal to happen on its own. Either way, that’s what places this show at a higher tier than most shows I’ve seen on television, and it’s also why I watch each episode repeatedly to scrutinize every single detail so nothing gets missed. The show is enjoyable enough to watch it incessantly without getting bored, either.