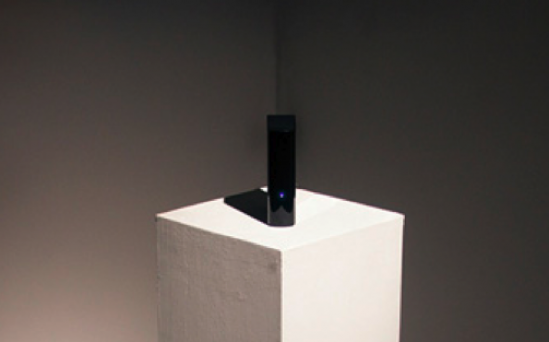 Called “5 Million Dollars, 1 Terabyte,” possibly named after an infamous, similarly named thing on the Internet, this “art” installation — called a “sculpture” in certain circles — is a one terabyte black external hard drive that contains five million dollars worth of illegally downloaded files. You know, for art. The work is on display at the Art 404 gallery or any college kid’s laptop, and a full list of the files contained within the art can be browsed at this link, which is a PDF, but from browsing the list, the hard drive full of pirated materials doesn’t seem as volatile as one may have initially assumed. You see, the majority of the thing is full of ROMs, old PC games (dating as far back to 1979), music, and books, so when I made that joke about any college kid’s laptop, I wasn’t too far off.

The largest category of software on the art is a Nintendo DS ROM collection, followed by fiction books from 2003-2011, the PC game collection, and the music collection. For some reason, there is a secondary Nintendo DS ROM collection listed with a separate file size as the first. Judging by the categories of pirated materials held within the hard drive, the art really does look like the natural state of some college kid’s hard drive, but then, maybe that is what the artist wanted us to think. After all, art is about statements, right? Even when it is about nothing.