This October Has 5 Fridays, Saturdays, & Sundays, But That Happens Way More Often Than “Once Every 823 Years”

You may have heard a rumor on Twitter, by email, or wherever it is that rumors get started, that this month has 5 Fridays, Saturdays, and Sundays, and that this happens only once every 823 years. It’s not true.

But in fact, it isn’t the case, due to the cyclical nature of the calendar. Doug Stych breaks it down:

Let’s think about this, a year can only start on one of seven days, so there are seven possible basic calendar years. Add leap years, and there are fourteen basic calendars. Period. And one of those calendars only gets used every 823 years? How would that be possible? It’s not of course, all fourteen calenders get cycled through regularly, in fact 2010 uses the exact same calendar as 1999.

Here’s the 2010 October calendar, via TimeandDate.com: (today’s date is highlighted in yellow) 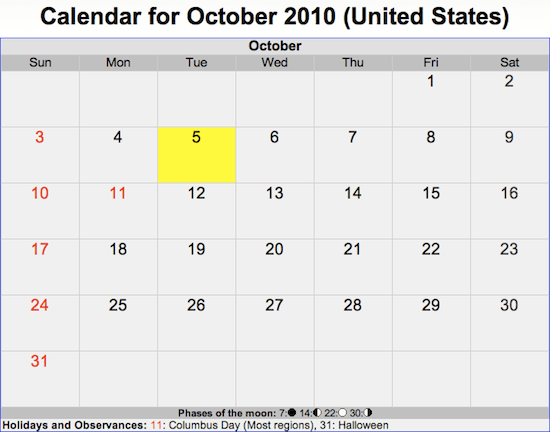 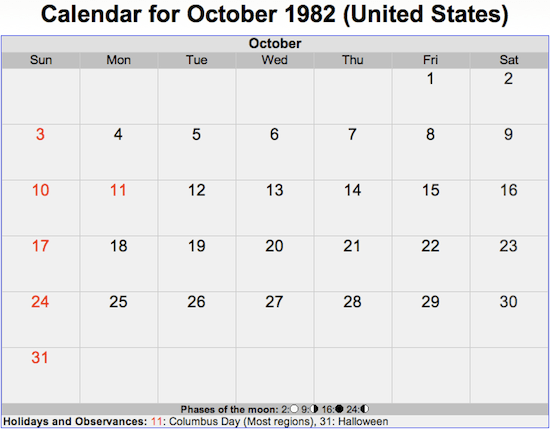 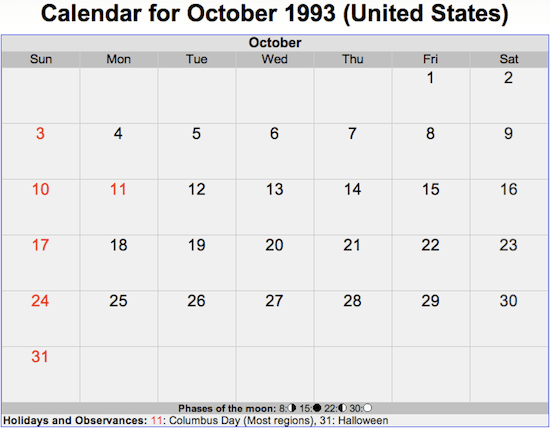 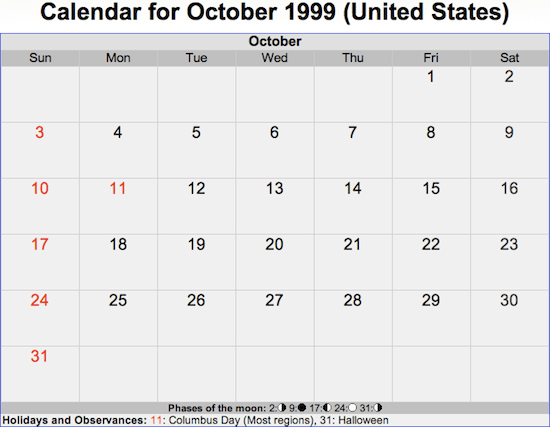 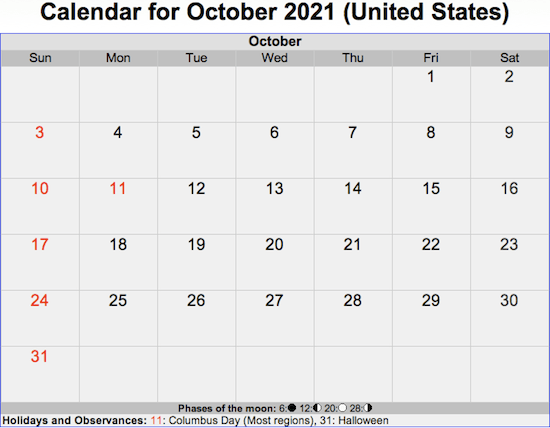 (P.S. There’s a pretty simple explanation for this all: For a 31-day month to have 5 Fridays, Saturdays, and Sundays, the first day needs to be a Friday. Each nonleap year has 365 days, which is 52 weeks plus one day [52*7=364; 364+1=365.] So every passing year will ‘push’ the first day of the month forward by one day, defining ‘forward’ as Friday -> Saturday, Saturday -> Sunday, etc. However, if it’s a leap year, the first day of the month will be pushed forward by two days. Since any six-year cycle will contain at least one leap year, this means that the same October calendar should reappear every six years [five one-day pushes forward and one two-day push = one full week covered] unless there are two leap years that fall in that space, in which case the whole cycle will be shifted forward by one day.)