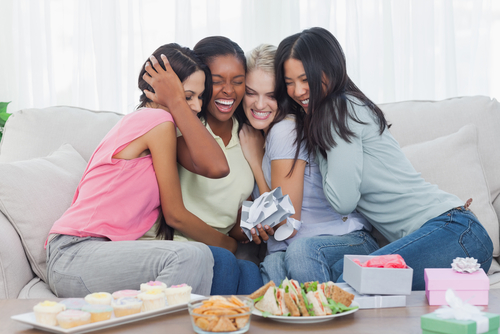 Warsan Shire once said, “There is no intimacy like that between two women who have chosen to be sisters.” And yet, when it comes to female friendship, television shows are often woefully lacking. Either women are pitted against each other or their relationships revolve around the men in their lives (that’s if there is more than one female character in the first place). For those of you who value women’s friendships as much as I do, here is a list of my most beloved friendships between two women. 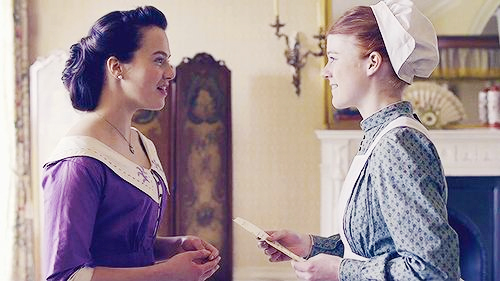 Sybil and Gwen are not in positions that make it easy for them to befriend one another. Living in early 20th century England, Sybil is the youngest daughter of an earl, and Gwen is one of the many housemaids working at Downton Abbey. A compassionate and politically conscious woman, Sybil takes an interest in the ambitious Gwen, who wants to rise above her station to become a secretary.

Sybil uses her position and resources to assist Gwen with the job search. She arranges for her to go into town to interview, writes her a reference, and even frees up the library so Gwen can use it as an interview space. When Gwen’s first interview is unsuccessful and she becomes discouraged, it is Sybil who tells her not to give up. Sybil offers Gwen this support for no other reason than her staunch belief in women raising each other up. When Gwen is finally offered a secretarial position, Sybil celebrates with her.

Sybil and Gwen’s friendship, non-traditional in many ways, showcases women supporting each other’s ambitions, an ideal of feminism often sidelined for flashier antics. 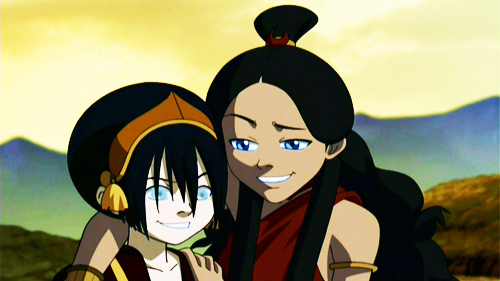 Katara is the ultimate Mom Friend™. Toph is the ultimate rebellious teenager. Katara is protective, responsible, and somewhat overbearing, while Toph is independent, laid-back, and spontaneous, making it difficult for them to see…uh…eye to eye.

While at first it may seem like the girls’ relationship consists of little more than squabbling, they maintain a deep bond of loyalty hidden beneath their riotous clash of personalities. As allies in the midst of a war, the girls travel and fight together, always having each others’ backs. In one heart-warming scene, Katara assures the blind Toph that she is beautiful. Toph, who rarely shows vulnerability to anyone but Katara, is grateful for the affirmation. Despite Toph’s complaints regarding Katara’s controlling nature, at the end of the day she is grateful to have Katara in her life.

Defining Quote: “The truth is, sometimes Katara does act motherly, but that’s not always a bad thing. She’s compassionate and kind, and she actually cares about me. You know, the real me. That’s more than my own mom.” 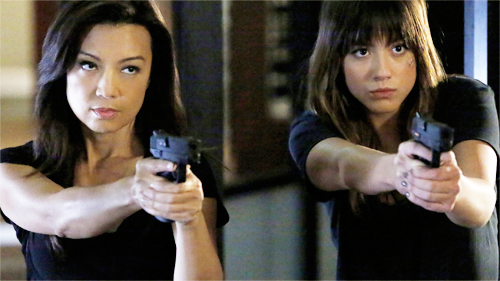 As an orphan Daisy had little in the way of family, let alone friends. When she first meets Agent May, May is cold (to everyone) but loyal to the cause. After S.H.I.E.L.D. suffers an enormous betrayal, Daisy and May (incidentally, the only two women of Chinese-American descent in the group) bond when Daisy becomes May’s protégé.

As Daisy grows into a capable agent under May’s intense training, the two women grow even closer. Despite May’s lack of outward affection, she is fiercely supportive and protective of Daisy. To Daisy, May is not just a friend, but also a mother figure, someone she looks up to and admires.

Defining Quote: “I hope your mother is everything you wanted her to be.” 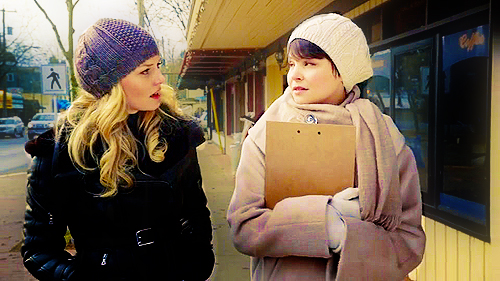 It may seem strange to include a mother/daughter pair, but before Emma and Mary Margaret knew of their kinship, they were friends. Even after they discover their relationship, their unique situation (they are nearly the same age) makes it possible for them to have an unorthodox mother/daughter relationship, one more like that of sisters or best friends.

Emma Swan is a loner; her entire identity in the first season revolves around her isolation and lack of roots. Deciding to stay in Storybrooke is a big decision for her, as is her eventual decision to move in with Mary Margaret. Once the two women begin living together, they become fast friends.

Mary Margaret offers Emma something she’s never had before: true friendship and emotional support. Emma, in return, gives Mary Margaret trust and fierce loyalty. When Storybrooke shames Mary Margaret for her complicity in an affair, Emma stands by her friend’s side. When Mary Margaret is accused of murder and jailed, Emma is one of the few who sticks by her and steadfastly believes in her innocence (not even Mary Margaret’s lover David shows this confidence in her). Once Upon a Time demonstrates that friendship between two women can be stronger and more steadfast than romantic relationships.

Defining Quote: “All my life, I’ve been alone. Walls up. Nobody’s ever been there for me, except for you. And I can’t lose that. I cannot lose my family.” 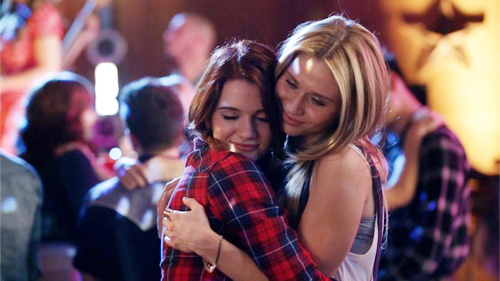 Faking It was, if nothing else, a contentious show. Since the initial premise was that of two straight girls pretending to be gay to get attention, the controversy was understandable. Eventually, however, Faking It revealed itself to be a show about a same-gender loving young woman exploring her sexuality. Central to the show is the friendship between the two main characters, Amy and Karma. Best friends since childhood, Amy and Karma pretend to be a couple until Amy realizes she has real feelings for her best friend. Unfortunately, Karma doesn’t reciprocate.

Amy and Karma share an intimacy frequently commented on by other characters. The girls prioritize their friendship as one would a romantic relationship, vowing to stay together forever as they make plans be college roommates and live next door to one another for the rest of their lives. Despite all the romantic drama (and there is plenty of it), the girls remain by one another’s sides through it all, truly showcasing #friendshipgoals. Their staunch love for one another, despite hardships and hate, is something rarely seen on television between two women.

Defining Quote: “I love you too…more than anything else on earth.”

What are some of your favorite female friendships in pop culture? Let us know in the comments!

Hadeer Elsbai is an aspiring writer who tries her best to exist on Twitter.  When she’s not watching TV, she’s probably writing about it on her blog, She of the Evening TV, or working on one of her many fantasy novels-in-progress.