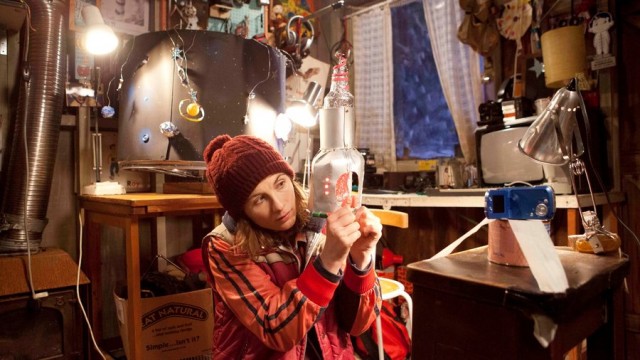 Thursday night the juried award winners for the 15th Annual Tribeca Film Festival. For the fourth year, the Nora Ephron Prize was announced, the annual award given to a female filmmaker with a narrative film in the festival. This year, Rachel Tunnard, a professional editor making her feature directorial debut, won for her comedy Adult Life Skills, a very funny and surprisingly uplifting story about a woman on the verge of turning 30, overcome by grief after the death of her twin brother.

Speaking with Tunnard Thursday morning (hours before leaving to return to the UK), Tribeca had already proven to be a joyful and exhausting experience. Tunnard wanted to premiere the film in the US, rather than the UK, because she wanted to witness firsthand the visible excitement from audiences, which is rare among the usually “restrained English audiences who barely clap for movies they really like.” Seeing the film with the audience provided just that experience, and just hours later, it received high critical praise from critics online, something that shocked Tunnard, who had no idea reviews come out so quickly during festivals. She saw them popping up during an informal karaoke party for the cast and crew, celebrating their crowd pleaser. Since then, she’s tried to split her time in New York between tourist sightseeing and never-ending press (we were the last of her interviews) before having to return home and panic over the June 24th theatrical release in the UK (no US date has been announced as of yet.

The panic shouldn’t be too consuming, considering the short the film is based on, Emotional Fusebox, received BAFTA and BIFA nominations for the best short film, but Tunnard’s also well aware of the fact that if by chance people say they don’t like the film, it will most likely be directed at her as the writer, director, and editor, and that would hurt, because the film is “very, very personal. I lived in a shed and used to make movies with my thumbs. There is a lot of me in Anna, so what would it mean if they don’t like Anna?”

Her star, Jodie Whittaker, shares the fears about Anna’s likability because Anna is the most like her of any of her characters. Tunnard says “Jodie always claims she isn’t funny, but she’s one of the funniest people I know; she just never realizes what she’s saying is funny, but playing Anna left her the most exposed, because if people disliked her character, that means they probably wouldn’t like her in real life.” Even when trying to get funding for the film, financiers claimed Anna in the script seemed too unlikable for what is ultimately an uplifting comedy about small moments of personal growth. It wasn’t until Whittaker and Tunnard made Emotional Fusebox that they realized how lovable and identifiable Anna manages to come across while still guilty of being unlikable from the beginning, not to mention proving why first-timer Tunnard would be the right person to direct.

Upon seeing the film, Whittaker’s mother said it was her favorite character she’s seen Jodie in so far, because it “reminds her the most of [her] daughter.” For years, Tunnard has felt films focusing on female friendships have been severely lacking. Tunnard, Whittaker, and costar Rachael Deering are close friends (Whittaker and Deering since childhood), and Anna is a blend of all three (although Tunnard claims Deering and Whittaker essentially switch their types). The movie was even made near Deering and Whittaker’s childhood homes in Yorkshire, allowing them to live with their parents during shooting. Tunnard was envious of such comforts because “after a long day of shooting, what could be better than getting into your PJs and eating pizza with your parents?” Tunnard still had plenty of parental support, casting her dad in one of the small roles and “hiring” her mother to make the adult life skills badge given to Anna at the end of the film (in a very sweet scene). They also came to New York for the premiere of the film with six of their friends. 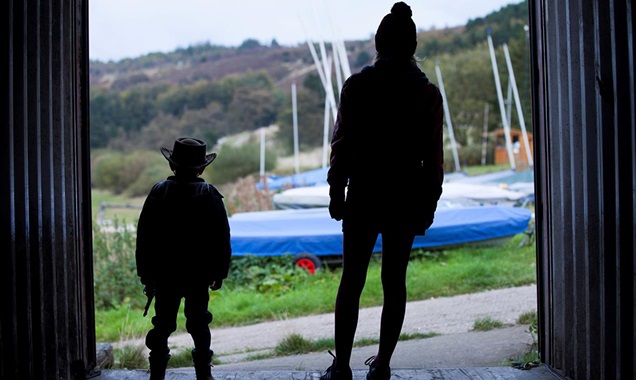 She also wanted to make a film about a dysfunctional family that ultimately comes together. Citing Silver Linings Playbook as an inspiration, she liked the fact that “they can yell and fight all the time but will come together and be there when someone needs support.” In Adult Life Skills, the family (Anna, her mother, and her grandmother) are still dealing with the loss of Anna’s twin brother, an event that has sent Anna down an angry spiral of depression and arrested development. Her mother wants her to move on, her friends want her to get up and have some fun, and a little boy in the neighborhood going through similar family loss wants to be like her.

The inclusion of the empathetic Clint is more than simply a desire to pull at an audience’s heartstrings, says Tunnard. For one, “Anna only realizes her bad behavior when she sees clint mirroring her.” She added, “Children have the ability to cut through and tell it exactly like it is. Anna’s family and friends won’t talk about what is really wrong, but Clint just says, ‘It’s not talking about it that hurts, it’s losing him.’ That is exactly what Anna’s going through and what she needs to hear.”

Clint is played by a little discovery named Ozzy Meyers, who’s excellent as Anna’s protégé who dresses up every day like a cowboy, and the benefit of Tunnard writing, directing, and editing the film meant she knew how much coverage and the type of coverage she would need, such as reciting lines to Ozzy off camera because he was too young to memorize a monologue. Tunnard, who has edited several films before making the transition to auteur, sees the three professions as part of a much larger job, which allows her to be “a more fluid storyteller,” something very noticeable in her confident feature debut.

We selected someone whose originality of voice, deft handling of tone, assured visual and editorial style, and moving poetic screenplay combined to make us feel from the opening sequence that we were in good hands. She made a tiny—even miniaturized—world, seem vast. She handled grief in a wholly unique way. Using wit and emotional restraint to pull the audience in. And make us root for our protagonist to blow up the shed!

Congratulations to Rachel Tunnard and the makers of Adult Life Skills.