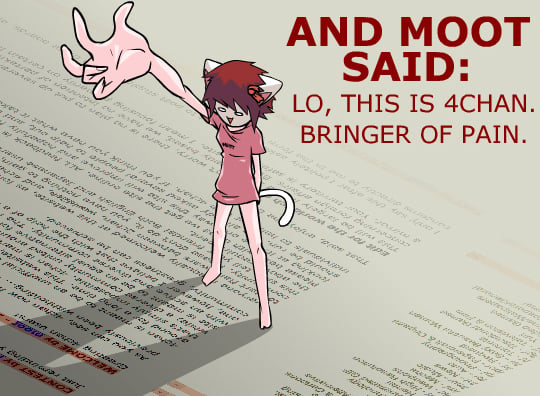 4chan announced on Twitter this morning that it had just passed 1 billion total posts. Yay! It has been a really weird journey so far, 4chan, and we cautiously look forward to what your next billion posts will bring us.

4chan passed 1 billion total posts yesterday. Unfortunately we don’t know what it was, but you can use your imagination…

4chan’s moot posted an announcement on July 6 that detailed the site’s growing popularity. Apparently, 4chan handles 1.4 million visits and more than 1 million posts on an average day. At any given time, it has 25,000 to 35,000 concurrent visitors browsing the site.

The numbers are impressive indeed, and we see no reason for their visitors to give them up. Here’s to another billion.