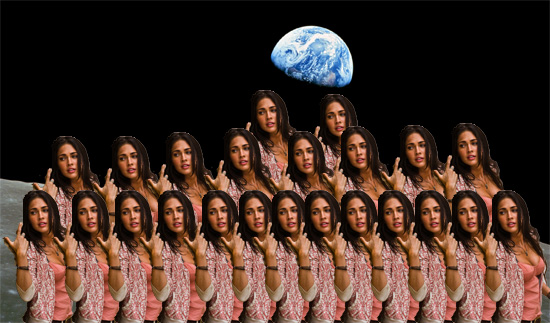 Presented without comment: The following letter from Risky Business‘s tips line, which reveals, among other things, that there are 23 Megan Foxes, that Transformers 1, 2, 3, and 4 were all filmed 11 years ago in 1998-2000, and that Jennifer Aniston and Vin Diesel burglarized away many recently released but heretofore locked up movies, as Jennifer Aniston was jealous of the author’s relationship with Sienna Miller.

THOUGHTS: This mail is from the grandmoviestar from Hollywood [NAME DELETED] and is for the reporter Jay Hernandes. Before you read the rest of this mail you have to understand that most movies what you see in the theaters from Hollywood right now like Ironman,Prince of Persia,Clash of the Titans,Avatar,Transformers part 1,2,3 and 4 were filmed 11 years ago in 1998/1999/ 2000.I got kidnapped in Hollywood in 1999 and after this something happened and these movies were removed/ stolen.It caused a situation between 1999 and today that evolved into a scandal like Watergate.To give this some credibility;When you watch the movie Jennifer’s Body there isn’t 1 girl that’s Megan Fox but there are 6 different girls who are all 1 Megan Fox in this movie.That’s because Megan Fox isn’t 1 person but they are 23 different models and actresses who are all 1 Megan Fox.Just watch the movie because some girls don’t look like each other at all. -The movie G.I.Joe and the promotion material[posters,bilboards etc.] from this movie don’t belong together[you can see scene’s and characters on the posters etc.from the 2nd G.I.Joe movie that aren’t in the 1st G.I.Joe movie]that’s because the movie is the 1st movie but the promotion material is from the 2nd G.I.Joe movie[with me as Sergeant Slaughter and Sienna Miller as The Baroness] that was stolen[the 2nd movie and the promotion material from the 1st movie] by Vin Diesel and Jennifer Aniston by burglarising the moviecompany that had these movies.Jennifer Aniston was jealous because I dumped Jennifer Aniston and started a relationship with Sienna Miller so she stole our movie. For more information about the scandal and a list of all the movies that were filmed go to my space and type [DELETED CONTACT INFO]. Vin Diesel still has the promotion material from the 1st movie and Jennifer Aniston still has the 2nd movie.