Today, in a multinational unveiling, Volkswagen showed the world the new design for their iconic car, the Beetle. The classically quirky car was originally relaunched with an updated design in 1998, and today’s unveiling marked only the second refresh the car has seen. Departing from their previous designs, VW has presented a surprisingly sporty automobile they call the 21st Century Beetle.

In their announcement today in New York, the president of Volkswagen Group of America Jonathon Browning described the car as a true spiritual successor to the car first designed nearly 70 years ago by auto-legend Ferdinand Porsche. Head of Design Klaus Bischoff joined him on stage, describing how they wanted to give the car a stronger, more masculine appearance by widening the wheel base, lengthening the body, and using larger wheels.

The new design is, in general, less rounded then its predecessor, which had a dome-like profile. 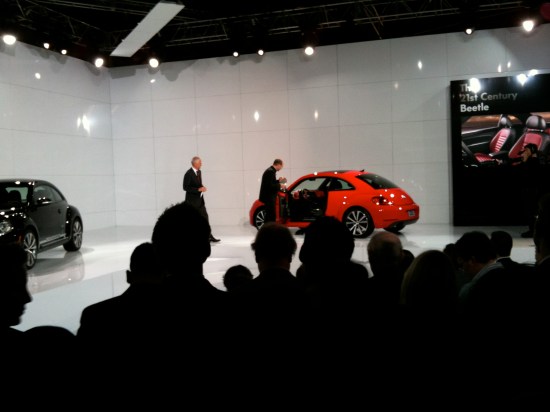 In terms of shape, the car looked very similar to the 2005 concept model. The hood of the car is longer, and higher, which does capture the look of the original Beetle when seen from head-on. The longer, lower cabin seems quite comfortable but is, perhaps, a less bold-design statement than previous incarnations of the vehicle. Uniqueness of design was a theme pushed hard during the unveiling, as part of the Beetle’s legacy. Bischoff mentioned that the exterior lighting of the car was even designed to make it instantly recognizable from a distance. 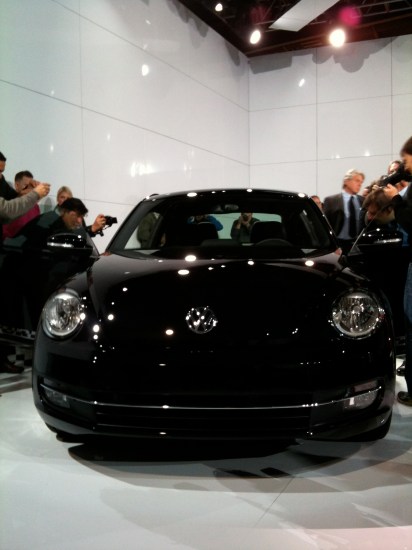 The car also features some new technologies designed to improve driving dynamics, fuel efficiency, and the overall experience of driving the vehicle. “There’s a number of areas from the guts of the vehicle through to what the customer will recognize,” said Browning on the subject of the cars new tech. He cited the integrated crash response system and more fuel efficient differential control as part of what drivers will find with the 21st Century Beetle. “First and foremost amongst those is in-car entertainment with the high-end Fender system, but it goes right across the gamut of technology from deep inside the vehicle to the more surface level aspects.” 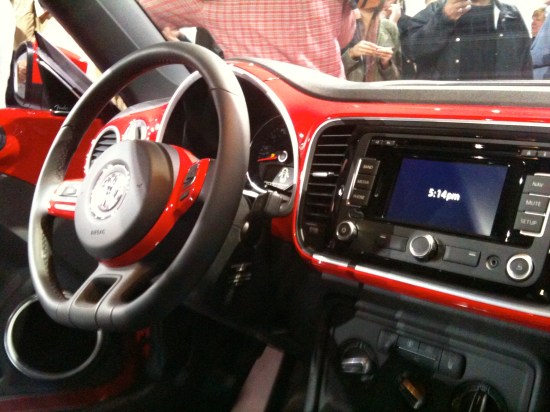 During the presentation, VW was keen to play up the Fender sound system and new sporty styling as the key points of the vehicle. The focus was surely to draw a stronger male audience to the car with only a passing mentioned made to points like miles per gallon (40mpg, btw). Inside, a two-tone exterior with a touch-sensitive entertainment package, sans the (in)famous dashboard flower vase of the 1998 model, definitely seemed male-oriented. Whether or not the new (new) Beetle will overcome the cutesyness of its predecessor is yet to be seen, but VW has certainly going hard after the male demographic. The truth will likely be in the receipts after the Beetle goes on sale later this year. 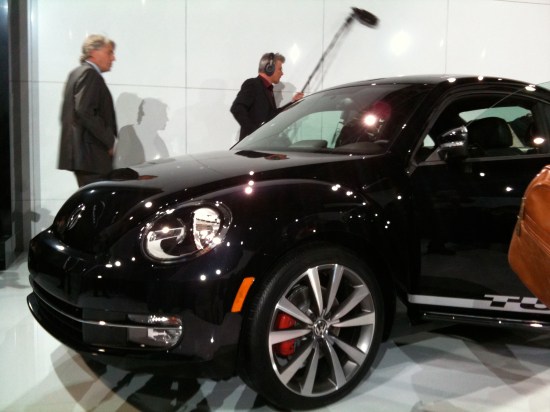 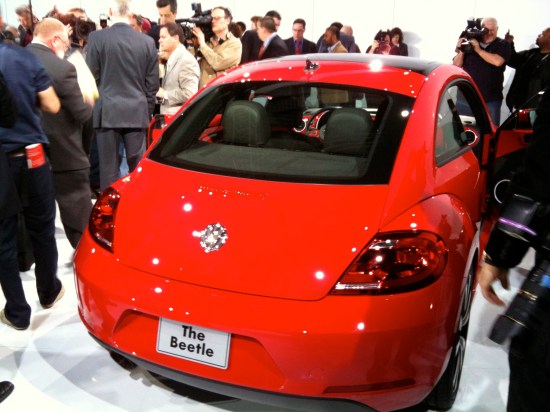 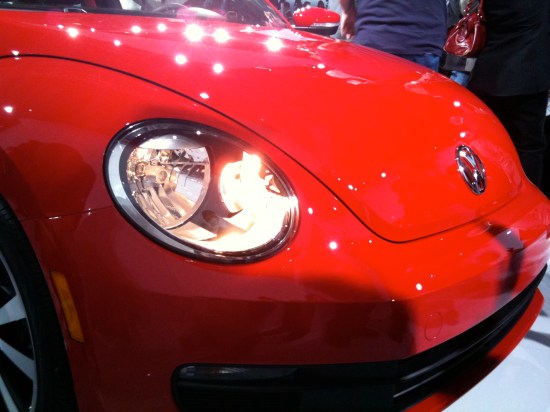