2029 Apophis Asteroid Will Pass So Close to Earth, It Will Experience Mini Asteroid Avalanches 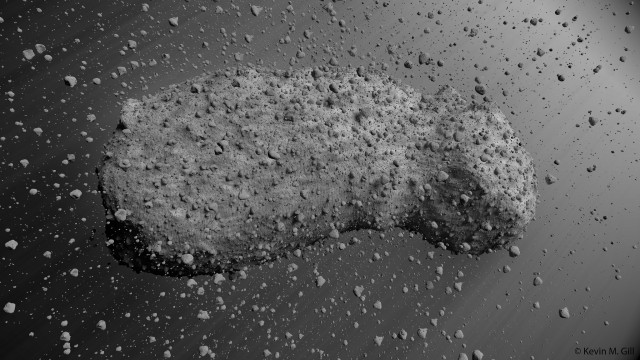 We’re all so busy worrying what a close asteroid pass means for us and any ragtag teams of retired astronauts that no one takes the time to consider what it means for the asteroid. The Earth exerts some pretty strong gravitational forces, and when football field-sized 99942 Apophis passes extremely close in 2029, it’s going to be just as much a shake-up for the asteroid as for our psyches.

Based on the most recent calculations, Apophis is going to pass by the Earth at a distance of only 22,000 miles, which is about 1/10 of the distance to the moon and about ten times as far from Earth as the International Space Station. According to new research, that’s close enough for the Earth to shake up the rocks on the surface of the asteroid.

The age of asteroids can be tough to estimate, because scientists gauge it by UV exposure on the surface, but that surface structure could be hiding something much older underneath. Apophis will be so close that when its loosely-structured surface of sand and rock is disturbed by Earth’s gravity, tidal forces, and their interactions with the asteroid’s own rotation, Scientists on Earth may get a look at what lies underneath.

It’s a rare chance for us to get an up-close look at an asteroid without some serious Deep Impact implications as the next pass of Apophis will be much less nail-bitingly close at 36 million miles. Yeah, we’re going to give you avalanches! You’d better run! (Please don’t hurt us.)

(via Geek.com, image via Kevin Gill)