TMS 2021 Gift Guide: New YA Books That Includes Something For Everyone

Exploring boundaries, mental health, and what it means to survive. 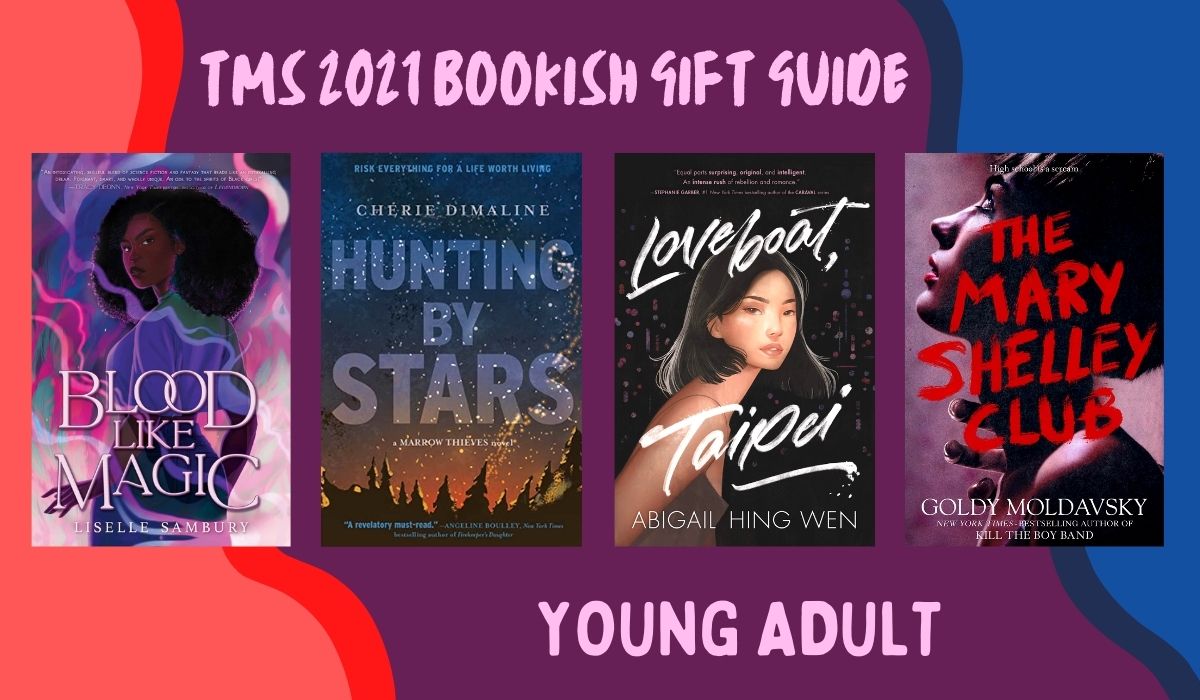 With global supply chains messed up and the publishing-specific issues (that came before COVID-19), you’ve got about one week to order a book online and get it in before 2022. Luckily, we’ve got you covered. Like our bookish gift guide for children and tweens, here compiled are some (mostly) very new and fun novels in young adult literature.

Unlike before, we won’t be including age ranges or graphic novels. Graphic novels will get their dedicated list and assume everything here is for 13+. Most are distinctly YA, while others feel like mature Middle Grade and, as the series comes along, matures into the Young Adult territory.

Ember in the Ashes by Sabaa Tahir 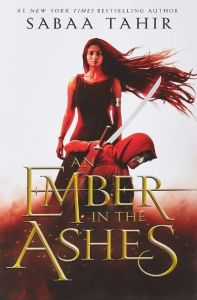 Okay, so technically, this book is almost six years old. However, there’s a lot of hype around the 2021 release of the fourth novel (A Sky Beyond the Storm), so there is no time like the present to gift this book.

Ember in the Ashes gives the first-person perspective of two very different young people just trying to survive in an empire where defiance is a death sentence. When Laia’s brother is arrested for treason, she takes on the role of a spy for rebels that promise his return. The other protagonist, Elias, is a star soldier-in-training who detests the empire and crosses paths in a way with Laia that could change the trajectory of the Martial Empire.

The Gravity of Us by Phil Stamper 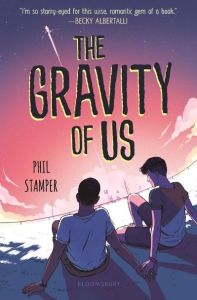 As a young, aspiring journalist and current social media influencer, Cal meticulously details the next few years of his life post-high school. However, when NASA invites his pilot father to participate in the first crewed mission to Mars, all plans are upended. In addition to moving from NYC to Houston (technically Clear Lake City/ Webster), Cal is limited on posting videos to his large following as NASA is working with a reality TV show to increase interest in the mission. Cal begins to develop feelings for Leon (another kid whose mother was selected) while trying to present as the “perfect American family” for the press.

The concept of the astronauts’ families living in a neighborhood together (Timber Cove) and the media circus around them are based on real-life accounts. Instead of historical fiction, The Gravity of Us is an updated reimagining that asks what if things like social media and mental health were part of the discussions? 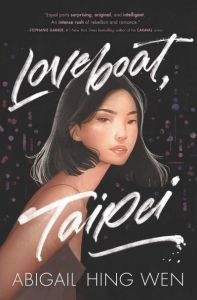 This romantic comedy follows 18-year-old Ever Wong when her parents send her from Ohio to Tawain to learn Mandarin the summer before college. Wong expects a boring summer filled with fellow Asian Americans and Asian Canadians that also don’t want to be there, but instead is greeted with the news that Chien Tan (the camp) is nicknamed “Loveboat” due to the freedom and revelry by the campers when the adults aren’t looking. They drink, they go out and dance, and they fall in love (messy love triangles included.)

This is perfect for fans of Jenny Han’s To All The Boys I’ve Loved Before series (books or Netflix movies), and the same company (Ace Entertainment) is adapting Loveboat, Taipei, with Wen as a producer. Loveboat Reunion will serve as a companion novel in January 2022, with two fan favorites returning. All this to say, fans of this book have a lot to look forward to! 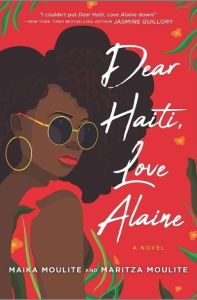 This epistolary novel (told in emails, texts, articles, diary entries, etc.) follows witty private school student Alaine Beauparlant on her first trip to Haiti. While always interested in going to the country where her family is, she didn’t think it would be a “punishment” for a prank gone wrong. There, she explores Haitian history and contemporary culture/politics and her own family’s secrets— including a possible curse?!

As a practical person, Alaine is not so sure about a curse. Channeling the investigative skills of her famous journalist mother, who used to work at GNN, Alaine is set to find out the real cause of her family’s strife.

The Marrow Thieves & Hunting by Stars by Cherie Dimaline 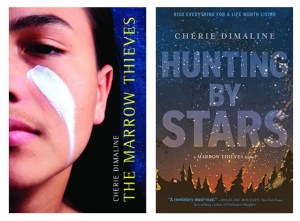 Again, The Marrow Thieves is a bit on the older side for this list (coming out in 2017); however, this is one of those circumstances in which a book sounds so cool (Hunting by Stars), only for you to find out it is a sequel?!

This Indigenous dystopian novel, The Marrow Thieves, is set in the future when humanity barely survives climate change, except with that survival, people have lost the ability to dream. The Indigenous people of North America are hunted and harvested for their bone marrow to gain back this ability. The story follows Frenchie and his group moving north and unknowing, holding the secret to protecting themselves from the marrow thieves. Book two, Hunting by the Stars, released in 2021 and takes place immediately after the events of book one. 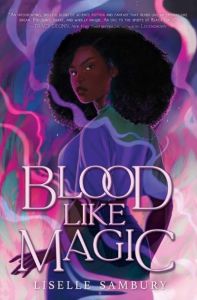 After failing her first Calling (a trial every witchling must complete), Voya Thomas, by some miracle, is awarded a second chance, and she takes it. Tasked with killing her first love, Voya is at a loss because she’s never been in love. She turns to a genetic matchmaking program to speed the process along, but her matched partner Luc wants nothing to do with her. Voya is torn between morality, a duty to her bloodline, and the continuation of tradition, and honestly, asking for a third option is 100% out of the question. 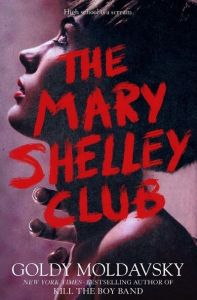 As one of the few scholarship kids at a rich Manhattan prep school, Rachel Chavez struggles to fit in and only finds comfort in horror movies. After the prank she stumbled into goes very wrong, Chavez attracts the attention of The Mary Shelley Club. There she joins them in a deadly game of coming up with and executing the best prank to cause genuine fear. The Mary Shelley Club is perfect for horror fans and with a sense of humor as it balances a thrilling story with satirical elements.

Keep on the lookout for the upcoming holiday gift guides across The Mary Sue!