Reminder: The 2020 Democratic Primary Election Is an Eternity Away & You Don’t Need to Have It All Figured Out Yet 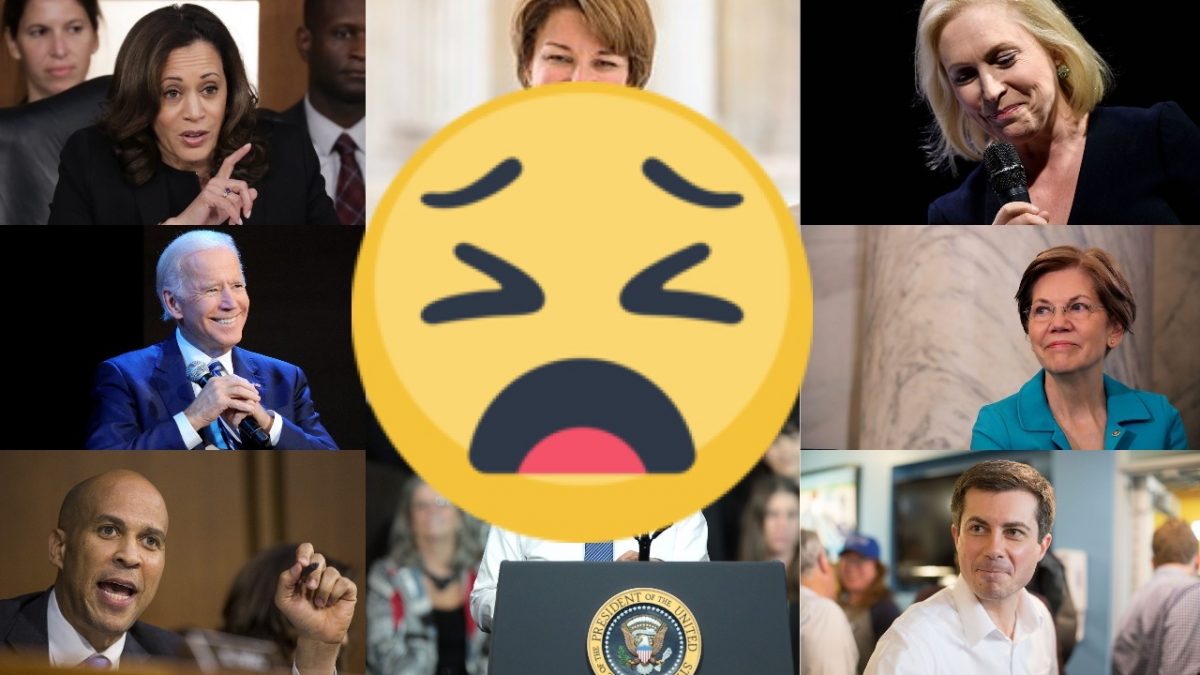 Every day it seems we’re bombarded with new polls and rankings of the nearly two dozen (!!!) Democratic candidates who have entered the 2020 presidential race. The onslaught is so constant and, in some circles, so vitriolic, that it can be easy to forget just how long we have to go before any of those polls actually mean anything at all.

If you’re treating all these polls with the weight it feels like they deserve based on their constant prominence in the news cycle, it may feel like there are certain inevitabilities. Based on the number of headlines written about him, Joe Biden (on his fourth go-around in his quest for the presidency) looks like a lock. If the election were tomorrow, the media tells us it would be a race between Biden and Pete Buttigieg. If those aren’t your top candidates, the disproportionate attention of those two might be disappointing.

Or maybe you haven’t made up your mind regarding which candidate you’re rooting for. Personally, I can’t decide between Kamala Harris and Elizabeth Warren, and I’ve found myself stressing out over my uncertainty. Living inside this nonstop news cycle, my brain sometimes yells at me, Make up your mind! You need to decide!

But of course, we don’t need to decide. Not yet. Some candidates have been doing town hall events and interviews to get early support but for most of us, the real start of primary season doesn’t come until the debates, and the first of those is still nearly two months away.

Again, the first debates are two months away. The Iowa caucus isn’t until February of 2020. Super Tuesday–the day on which a number of states have their primary elections–isn’t for another month after that.

In the meantime, there are a few things we can keep in mind.

First of all, “electability” is a meaningless word and ignore anyone who tells you it’s “the most important thing” right now. A candidate’s ability to be elected will be proven over the next year. As of now, “electability” is proving to mean “white man,” as that’s the demographic that feels safest for many voters, and safe may feel like a necessity as the end goal we’re all desperate to meet is getting Donald Trump out of office.

But saying a woman or a POC doesn’t have a chance to beat Donald Trump is ridiculous, prejudiced, and an obvious self-fulfilling prophecy. Think women aren’t “electable”? The 2018 midterms would like a word with you.

To that end, the fact that Joe Biden (and Pete Buttigieg and Bernie Sanders) are ahead in the polls and dominating headlines does not make them more “electable” and their electability is not the reason why they’re getting that attention. For Biden and Bernie, especially, they are running in a crowded field at a time when most people know close to nothing about the majority of other candidates.

Name recognition is not the same as electability. Biden is far ahead in the polls because everyone already knows who he is and what he stands for. Is he likely to pick up many new voters moving forward? I don’t know, though I wouldn’t bet money on it. Meanwhile, there are probably a few candidates in that crowd that that aren’t on your radar yet but have nearly a year to get your attention and impress you.

BREAKING: Thank you! We just confirmed that we’ve secured 65,000 donors to guarantee a spot at the first debates. Our campaign continues to get stronger and stronger. You’re making that happen. See you at the debates in June!

It’s great to be politically active and informed. It’s not too early to start looking for volunteer opportunities or to donate to candidates’ campaigns. (And if you’re not already registered to vote, get on that!) But if you’re feeling stressed or overwhelmed by the primary season this early, know that it’s okay to take a breath and a step back and remember that we’ve got a long road ahead of us.