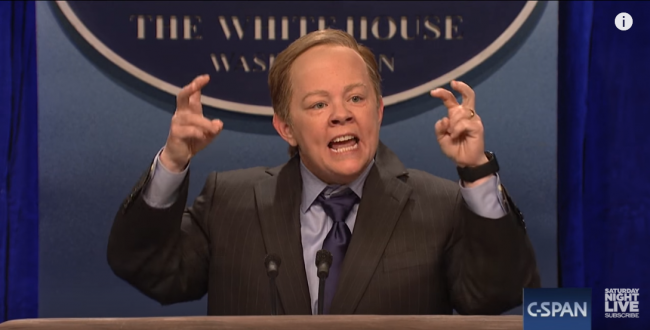 Last night was the second night of the Creative Arts Emmys, the class of the Emmy Awards that recognizes technical achievements, such as production design, cinematography, and makeup, as well as other achievements in comedy, “variety,” special events, and documentaries.

The Handmaid’s Tale won awards for Outstanding Cinematography For A Single-Camera Series (One Hour) and Outstanding Production Design, while Alexis Bledel took home Outstanding Guest Actress In A Drama Series for her role as Ofglen.

Lastly and most heartwarmingly/heartbreakingly, Samsung/Oculus Felix & Paul Studios won an Emmy for Outstanding Original Interactive Program for The People’s House – Inside The White House With Barack and Michelle Obama. Unfortunately, I don’t think this means that the Obamas themselves will get Emmys, but it made me smile anyways. (The Apprentice has never won an Emmy.)

I’ve included some highlights below, but you can head to Deadline for the full list of the winners, or check out the winners from Night 1.

Outstanding Production Design For A Narrative Contemporary Or Fantasy Program (One Hour Or More)
The Handmaid’s Tale, “Offred (Pilot)”

Outstanding Original Interactive Program
The People’s House – Inside The White House, with Barack and Michelle Obama

Outstanding Cinematography For A Single-Camera Series (One Hour)
The Handmaid’s Tale, “Offred (Pilot)”
(We shared a great video analysis of this episode’s cinematography and direction earlier this month, so I was glad to see it rewarded.)

(Via Deadline; image via screengrab)