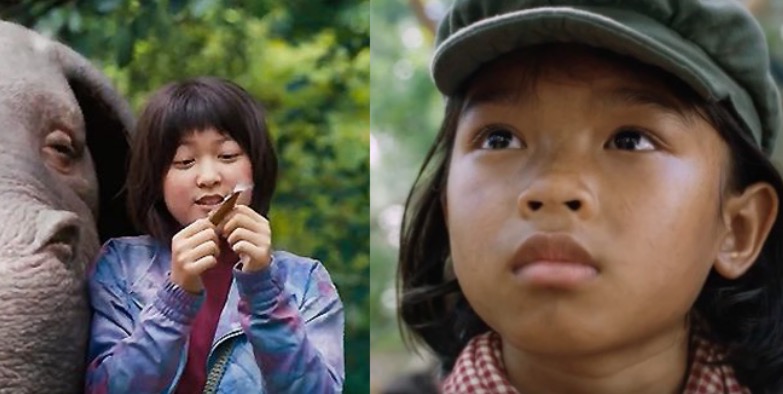 As we continue to explore the visibility of Asian and Asian American characters on the big and small screens, marked by the success of TV shows including Fresh off the Boat, Master of None, and The Night Of, we should still acknowledge that there is much more road to pave. It certainly hasn’t ended with the news that white British actor Ed Skrein respectfully stepped down from being cast as Japanese American Ben Daimio in the upcoming Hellboy reboot, and not just because Korean American actor Daniel Dae Kim has stepped into the much-discussed role. Especially not when Hollywood bigwigs have tried to justify decades of racist casting with the accusation that Asian actors are “not expressive” enough to be cast in certain roles—which sparked author and activist Nancy Yuen to create the #ExpressiveAsians hashtag to remind the industry of the countless actors like Anna May Wong, whose performances have proven otherwise.

But beyond the superhero and small screen advancements, there are two major performances that have been missing from the conversation—Ahn Seo-Hyun in Okja and Sareum Srey Moch in First They Killed My Father: A Daughter of Cambodia Remembers. That’s right, while we were reveling in the delightful Hellboy switch, two young Asian girls have been quietly demanding our attention in major Hollywood films that see both of them as heroes in their own right.

As we know, Hollywood has had a long history of marginalizing Asian women characters in roles in which they are subservient, sheepish, fetishized—or played by white actors. And younger actresses haven’t had it any better. They’re often playing frightening ghosts or deranged characters in some other manner. Like any other culture, young Asian girls need onscreen role models to look up to. This year, they have two. That deserves to be acknowledged and celebrated.

Director Bong Joon-Ho’s triumphant Okja has garnered praise for Tilda Swinton’s nefarious performance as head honcho of a major meat corporation and Jake Gyllenhaal for his performance as a foolish animal reality TV star, but let’s be clear that it is actually Ahn, as 13-year-old Mija, who commands the screen here, stealing scenes from virtually every other actor in the film. And get this: she plays a young Korean girl who stops at nothing to take down the white corporate establishment that comes to her home and steals something that belongs to her—without so much of an acknowledgement of her presence (the allegory here is staggering). Though what is stolen is a giant, genetically enhanced pig named Okja, it means something to her—he is her friend, her companion, and what helps give her a sense of self. And she’s fiercely protective of him.

Mija is approached by a group of white American animal rights rebels led by Paul Dano’s character, who aim to become her allies. But the young girl, who speaks not one lick of English throughout the entire film and never caters to the white American expectation of her, is determined to take on this fight on her own—and on her own terms. As a result, Ahn’s performance becomes a beautiful blend of grit, heartbreak, and heroism.

Then there is Sareum Srey Moch, who plays 5-year-old Loung Ung in the Angelina Jolie-directed First They Killed My Father: A Cambodia Daughter Remembers. Once again, Hollywood pundits have focused on Jolie’s impressive directorial effort, ignoring that a director is only as good as the performances he/she commands. Here we have the true story of a young girl in 1975 Cambodia, during the rise of the Khmer Rouge, who must navigate a senseless war, the loss of her parents, and homelessness—while trying to keep it together for her older siblings who are also ripped from her grasp.

Through her eyes, and through Moch’s gut-wrenching portrayal, we see the innocence seep from her soul to yield a tougher, more valiant young woman who’s forced to take responsibility of her life all on her own. She clutches to each day as though it might be her last—doing whatever it takes just to survive, and in the process becoming a person she doesn’t recognize. Though Moch’s performance far exceeds her years, she reminds us of Loung’s inexperience in her most vulnerable scenes—when she first discovers she is all alone and when she sees death for the first time. Still, Moch embodies heroism in the face of unspeakable acts, while never succumbing to what was expected of her. She never becomes a war criminal, and she never gives up hope. Instead, she prevails.

While these are just two of the victorious performances and characters that are breaking down barriers (last year’s stunning Korean drama The Handmaiden is another), they serve as a reminder that these multidimensional stories of Asian women—and most profoundly young girls—are just as necessary and important as their male counterparts. Let’s make sure they’re a part of our dialogue.

Candice Frederick is an award-winning journalist (ESSENCE), founder of the film blog Reel Talk Online, co-host of the pop culture show “Real Live” on ABC News Live, and a freelance TV/film critic living in New York City. You can find her work here. Follow her on Twitter.