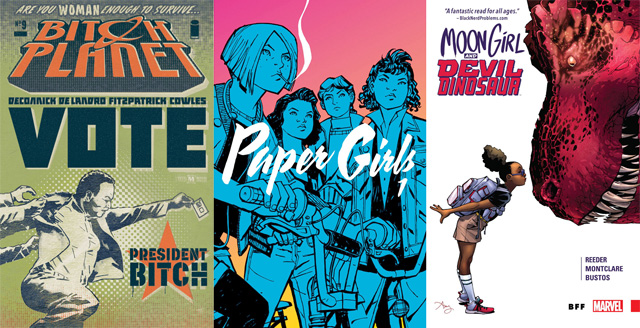 Slim and Lou, the comiXologist podcast crew, are here digging into our libraries to recommend some of our favorite comics of the year, but this isn’t just any 2016 year-end list. This list doubles as your quick and easy last-minute gift guide for your friends who need a little help finding their new favs. Maybe your friend is just getting into comics; maybe they’re an old pro, but don’t worry because we’ve got something for everyone. (And you’ll probably find a few suggestions for yourself, too!)

For your friend who isn’t that into superheroes 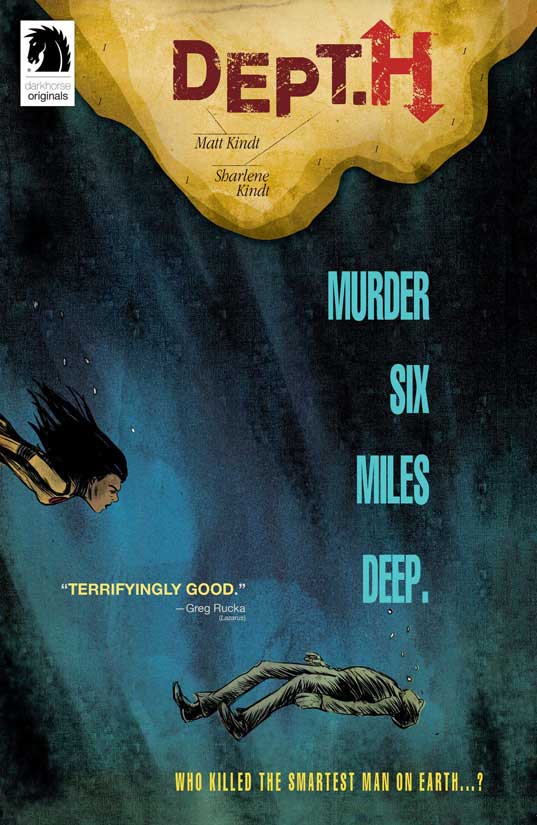 Slim: You know what people like? Murder mysteries. You know how we can spice things up even more? It takes place under water. Mia is tasked with figuring out what happened in a deep-sea research station and it looks like everyone’s a suspect, naturally. Matt and Sharlene Kindt provide a beautiful underwater landscape which hides dark and seedy revelations in Dept. H. 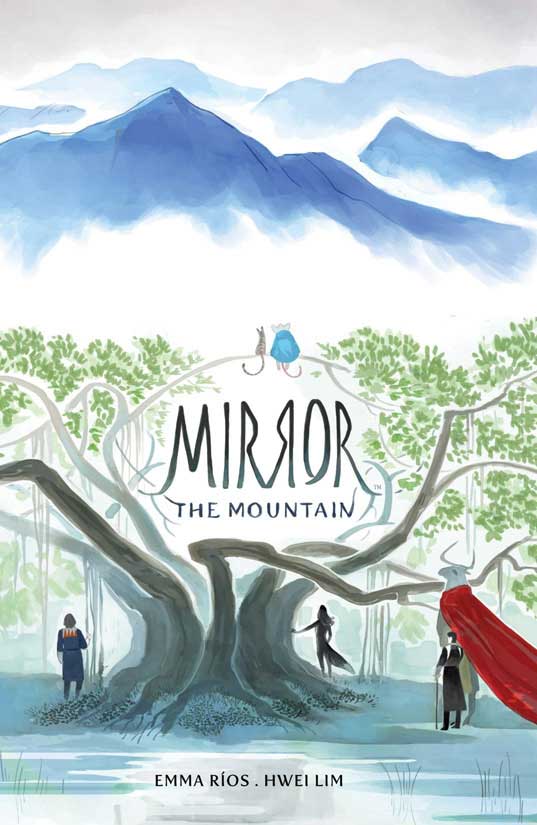 Lou: Mirror by Emma Rios and Hwei Lim is a fantasy/sci-fi miniseries about the nature of humanity and heroism, told through the struggle of magical creatures who are the captive experiments of scientist-mages on a terraformed asteroid. The oscillating chronology of the story and expressionist watercolor artwork that often eschews traditional panel layouts coaxes readers into slowing down to take in every aspect of the book, making Mirror a very rewarding and visually arresting read.

For your comics-newbie friend who loves superhero movies 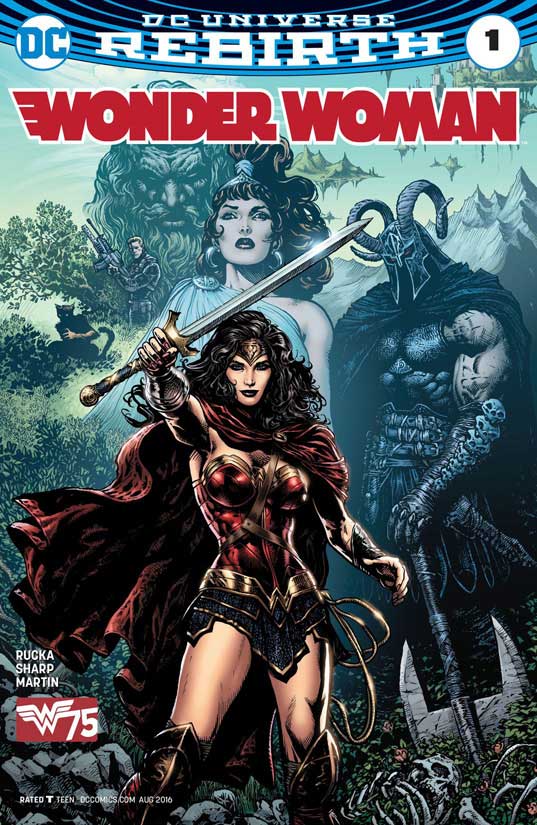 Slim: So your friend saw Wonder Woman throwing that lasso around in BvS (Batman v Superman) and was like, “Holy geez, this is the most B.A. thing I’ve ever seen; what is happening here?” Greg Rucka’s Rebirth Wonder Woman run is a great starting point for those who dig Gal Gadot’s radiance. This Wonder Woman series walks you through two stories: one is her origin, and the other takes place in present day, where her Lasso of Truth suddenly stops working. Rucka is paired with artists Liam Sharp and Nicola Scott, and woooooow is this the spot for them. 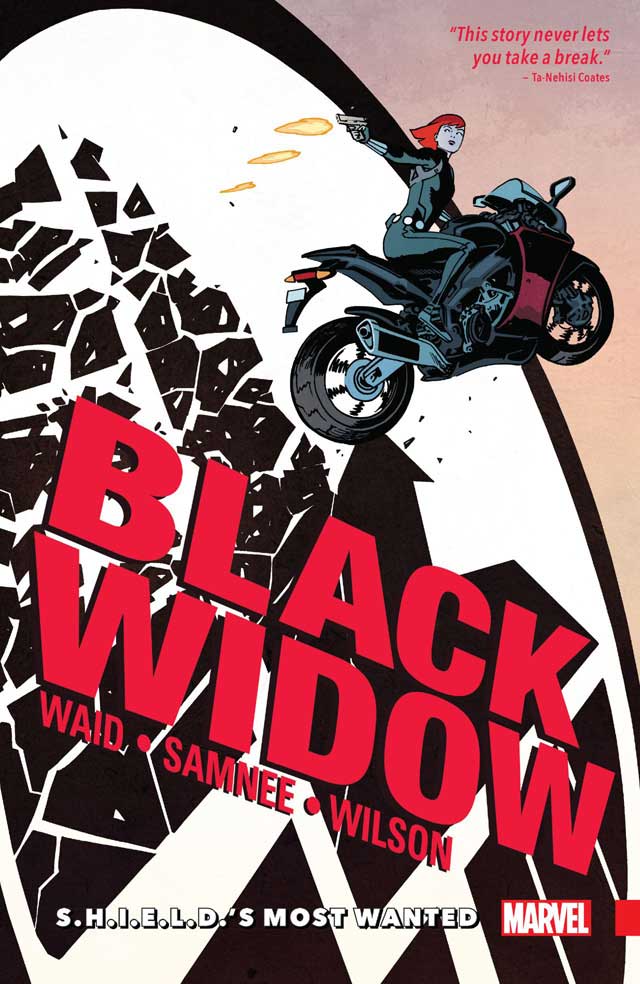 Lou: We all know that Black Widow is awesome and needs her own movie. Mark Waid, Chris Samnee, and Matt Wilson’s current Black Widow run is pretty much the next best thing. With its cinematic artwork and wide-screen panel layout, action-packed storytelling, and a take on Natasha’s past that won’t be too esoteric for MCU (Marvel Cinematic Universe) fans to follow, it’s the perfect title for superhero movie fans to make the jump (on a motorcycle, from a helicarrier) into comics. 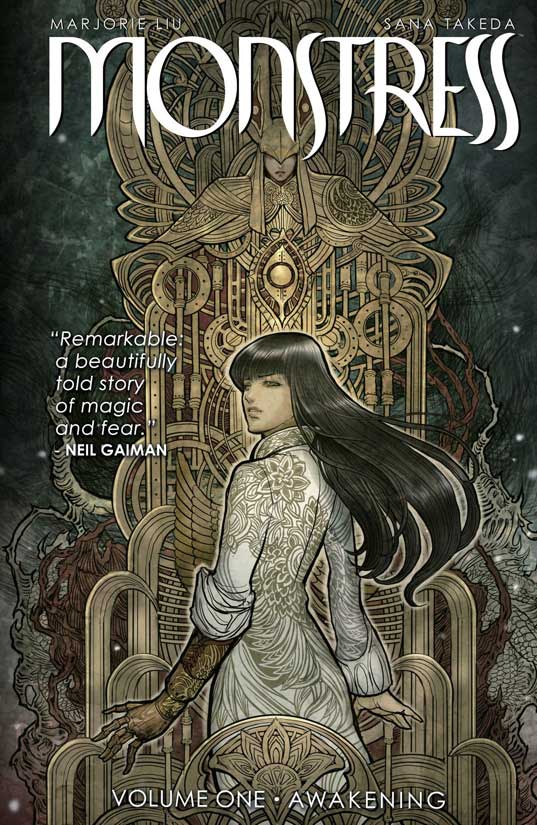 Slim: Hear me out: steampunk meets kaiju. Monstress is a fantasy epic from Marjorie Liu and Sana Takeda, following Maika Halfwolf as she gives herself up into slavery again just for the chance to get close to someone from her past. She’s looking for answers regarding a secret power. If it sounds dangerous, you’re not wrong. This time, however, she won’t be alone on her quest. 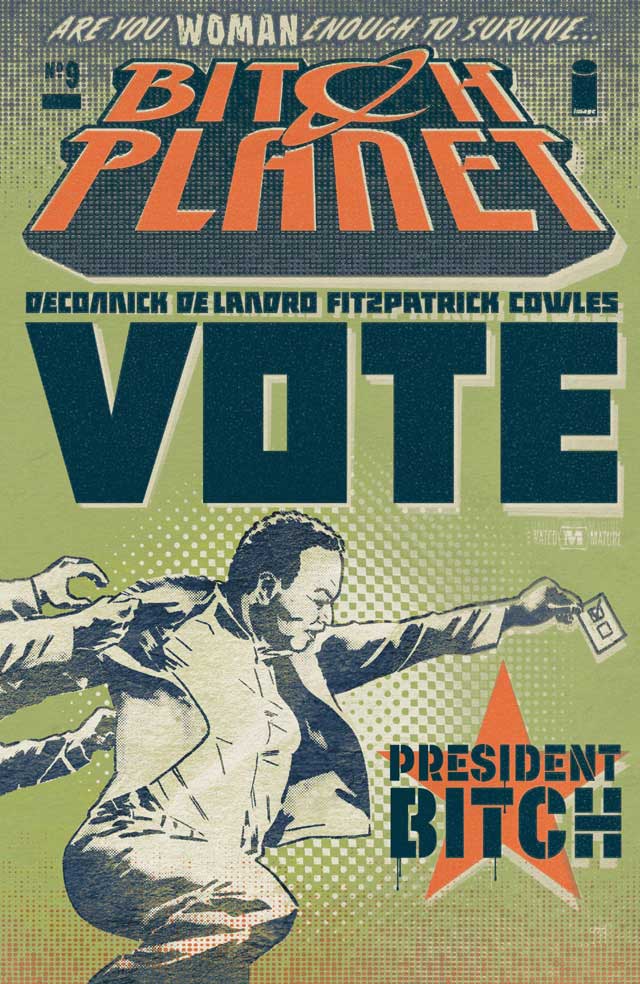 Lou: Imagine you’re living in a dystopian future, where women who are non-compliant with a set of strict patriarchal values dictating everything from their appearance, their behavior, and even their thoughts (um, is this fiction?) are imprisoned off-world at an Auxiliary Compliance Outpost known as Bitch Planet. This series by Kelly Sue DeConnick and Valentine De Landro comes out at its own pace, but it had some powerful issues released this year, in which the women of Bitch Planet fight to take back some of their autonomy. The essays by feminist writers in the back of each single issue (though not collected in trades) make it a must-read for any comics fan looking for diversity, feminism, and intersectionality. 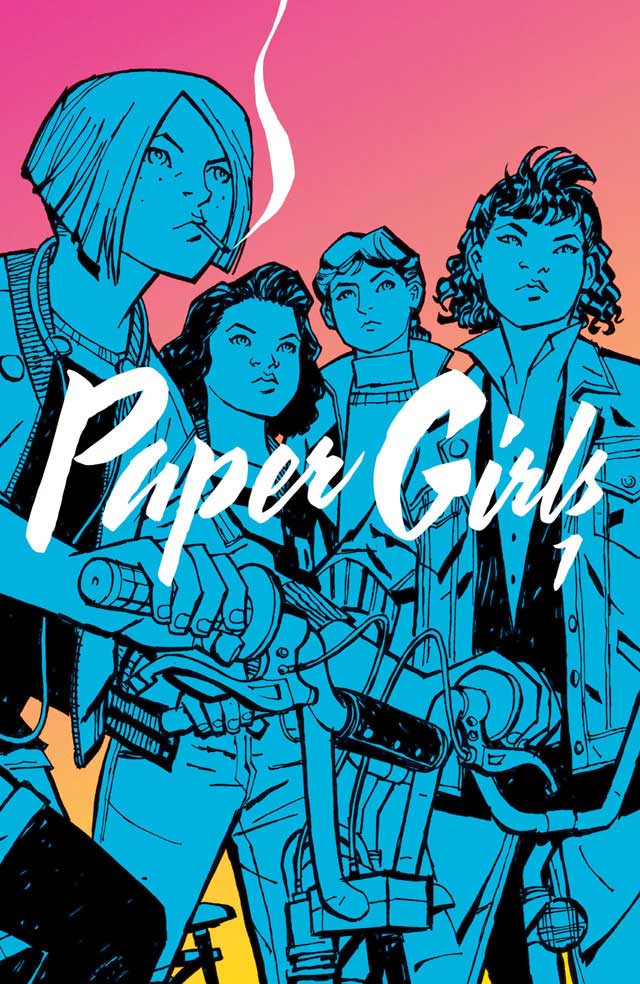 Slim: Remember The Goonies? Now let’s add science fiction. Paper Girls, from Brian K. Vaughan, Cliff Chiang, and Matt Wilson! Follow a young group of paper girls in the 1980s as they encounter some strange looking mummy dudes and some strange looking soldier dudes all speaking some strange language. Just when you think this is just a small fry sci-fi story, it ramps up BIG time in volume 2 and blows your mind. 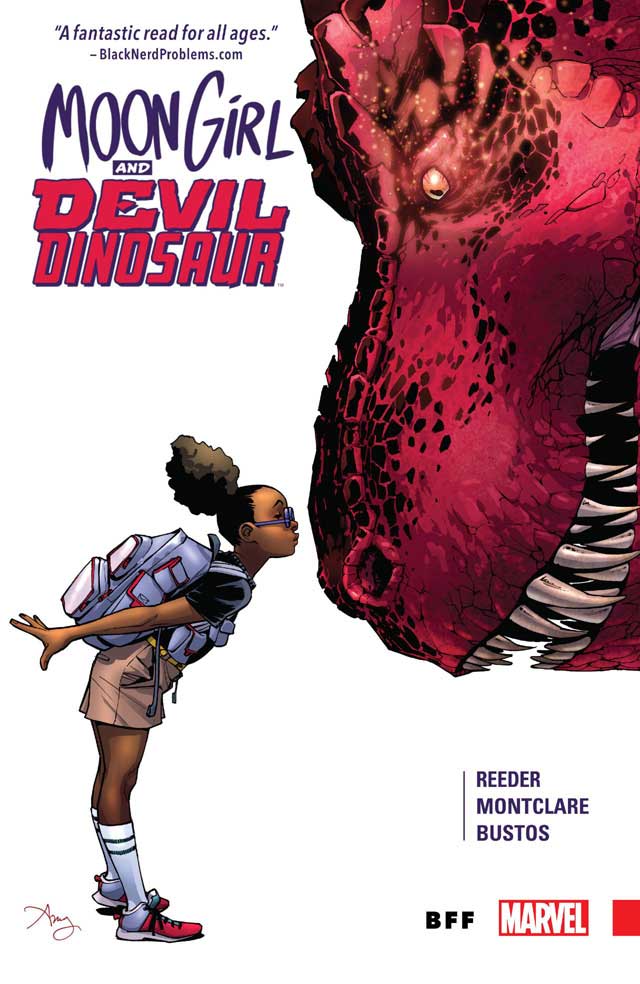 Lou: There’s no friendship quite like the one between a girl and her dinosaur. Wait, what? Yes. It doesn’t matter if you’re a brainy loner with potentially dangerous Inhuman genes (Lunella Lafayette, aka Moon Girl), or if you’re a big red dummy with a penchant for rampaging (that would be Devil Dino), Amy Reeder, Brandon Montclare, and Natacha Bustos have made the story of BFFs Moon Girl and Devil Dinosaur one of our favorite books of the year, proving that “all-ages” doesn’t mean “just for kids.”

Slim is the Customer Service Manager at comiXology when not podcasting comic book recommendations with Lou. He also enjoys watching pro wrestling when his family goes to sleep.

Lou is a Digital Editor, Tumblrina, and podcast co-host at comiXology. Follow her on Twitter @PortraitofMmeX for more comic book recs and updates on her NCAA fantasy gymnastics league.