10 Female-Directed Movies to Look Forward to in 2015

After The Voices, this is the second movie with Anna Kendrick on this list, and one of five (!!) slated for a 2015 release. You do you, Anna, but if you don’t leave yourself time to tweet, I’ll be sad. Elizabeth Banks, who played one of the judges in the first Pitch Perfect, takes on directing duties for this foll0w-up. Joining your song-belting acafavorites are newcomers Hailee Steinfeld (True Grit) and Katey Sagal (Sons of Anarchy). 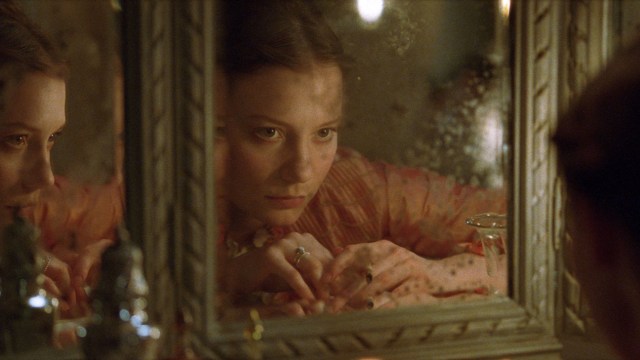 Mia Wasikowska already had a crack at Jane Eyre in 2011, and now she’s going for a different heroine of classical literature (albeit one less heroic this time around) in Sophie Barthe’s adaptation of Gustave Flaubert’s Madame Bovary. Joining her in fancy period outfits will be Ezra Miller (We Need to Talk About Kevin, the non-Grant Gustin incarnation of The Flash), Rhys Ifans, Downton Abbey’s Laura Carmichael, and Paul Giamatti, the last of whom co-starred in Barthes’ first film, the Kaufman-esque Cold Souls. Bovary has started winging its way around the festival circuit and has been acquired for U.S. distribution by Millennium Entertainment, which has yet to give it a release date. It’ll likely come out some time this year, though it’s not a sure thing.

Me Before You might not be the biggest movie Emilia “Mother of Dragons” Clarke has coming out in 2015–that would be the stupidly named Terminator: Genisys. But Terminator: Genisys doesn’t have Sam Claflin, aka The Second Best Part of Mockingjay: Part One After the Three Seconds Jena Malone Got. In this book-based romantic drama, Clarke plays a woman who stumbles into a job taking care of wheelchair-bound Claflin, whom she has to convince that life is worth living. (From what I’ve been able to tell, though I haven’t read the book, we’re looking at this mainly from her perspective, which should go a long way towards ameliorating any Manic Pixie Dream Girl tendencies.) Then they hop on a dragon, fly to Westeros, and start stabbing people with tridents. It’s awesome.

Producer Rose Ganguzza has said of this film that it’s not “a period drama. It is a story of youth that transcends time, a gothic romance, a love triangle that involves a dark passenger. The story of the most extraordinary 19th century teenage heroine told in a visceral, sexy, contemporary way.” I could ditch the “sexy” part, but the rest I’m all kinds of on board for. Even better: Shelley will be played by Game of Thrones‘ Sophie Turner, and director Giedroyc has helmed several episodes of the Gothic horrorgasm Penny Dreadful. Also starring are War Horse‘s Jeremy Irvine as Mary’s famous poet husband Percy Bysshe Shelley and American Horror Story‘s Taissa Farmiga as her stepsister Claire Clairmont (who incidentally had a child with the yet-to-be-cast Lord Byron). If you end up not liking it, another female-directed Mary Shelley movie is coming out in 2016.

Emmy-winning writer Abi Morgan (The Hour, Shame. The Iron Lady) wrote this period piece about “the foot soldiers of the early feminist movement,” directed by Brick Lane‘s Sarah Gavron. I agree with the commenters who pointed out when we first wrote about this movie back in 2013 that it’d be shitty beyond shitty if Suffragette glorified that movement to the point of glossing over or ignoring the way it cared less about all women than it did straight, cis, rich, white women. In the months between now and whenever this movie comes out, we’ll just have to do some finger-crossing. For now, look at this amazing cast: Meryl Streep, Helena Bonham Carter, Ben Whishaw, Carey Mulligan, Brendan Gleeson, Romola Garai. Lordy, make this be good.

I can’t really include DuVernay’s civil rights drama on a list of movies to look forward to when it’s, y’know, out already. But I’d be equally uncomfortable omitting it entirely, because it’s a gutwrenching, tour de force bit of filmmaking that snuck its way onto my top ten films of 2014 list after its limited release on Christmas day.