You take one look away from those sneaky space rocks to celebrate the new year and BAM! 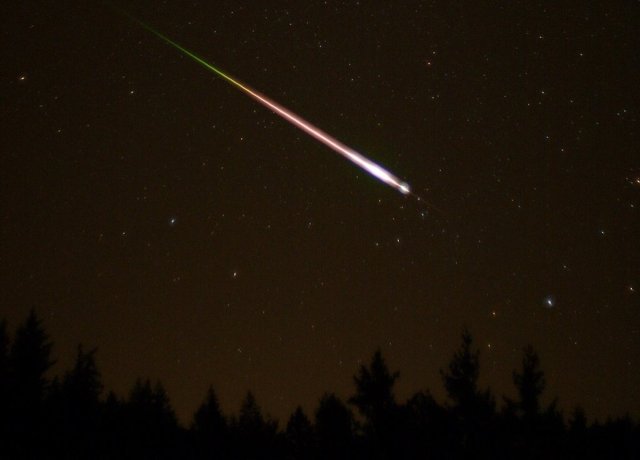 An asteroid with a near-Earth orbit was discovered yesterday, which is great news for anyone who thinks we should make a serious effort to have a warning system in place for potentially dangerous flying space rocks. Unfortunately, it was discovered right as it was about to slam into the Earth’s atmosphere, which makes us glad it was relatively small.

(The above image is an unrelated meteor, as no pictures of last night’s asteroid are available.)

People have had a heightened awareness to asteroid detection since last year when a meteor struck Russia and injured 1,500 people. Luckily, last night’s asteroid 2014 AA, discovered around 1PM EST (6:50 UTC) by a telescope at Mt. Lemmon Survey in Arizona, was about 1/9 of the size of the Chelyabinsk meteor and burned up in the atmosphere over the Atlantic ocean harmlessly at about 12:00AM EST (5:00 UTC) as far as anyone can tell.

At approximately 2 meters across, it was somewhere between the size of a sofa and a small car, so the fact that it was noticed at all is a step in the right direction—especially when you consider that it’s only the second time we’ve ever spotted an asteroid before it hit us.

Still, can we keep working on discovering these things sooner? Discovering it about 11 hours before impact doesn’t leave a whole lot of time to recruit a retired astronaut and a ragtag team to save us all. We’d really like for the world not to end with, “Hey, look at that. A new asteroid! Oh, wait, it looks like it’s coming right towards—” BOOM!

(via Slate, image via Ed Sweeney)