20 Years Ago Today, Our Friend Bill Nye Changed My Life 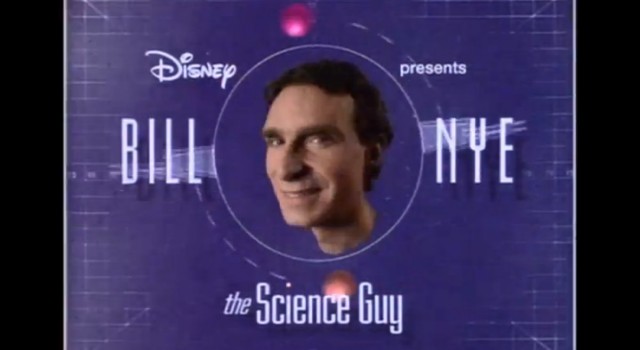 I don’t think I’d be who I am today without Bill Nye, and I don’t think I’m alone. His show Bill Nye the Science Guy first aired 20 years ago today, and it changed my life. I think a lot of people in my generation and those after can say the same thing. Happy anniversary, Bill.

I was ten years old when Bill Nye the Science Guy premiered, and at that point I had already won a science fair at my school by building a robot out of my remote control car, so I was well on my way to being a geek.

Bill Nye didn’t make me love science, but he showed me that it could be cool, that is was okay to love science. Other kids were watching it, so maybe I was right. Maybe science really is cool and it’s okay that I don’t have a favorite football team or want to hang car posters on my bedroom wall.

The Science Guy has been off the air since 1998, but lives on in DVDs and online clips, like this one from the very first episode:

Nye shows no signs of stopping either with a new app aimed at getting kids to love science, and the recent announcement that he’ll be appearing on Dancing with the Stars, and I say keep it up.

Thanks for everything, Bill. I hope you keep convincing kids science is cool for many years to come.