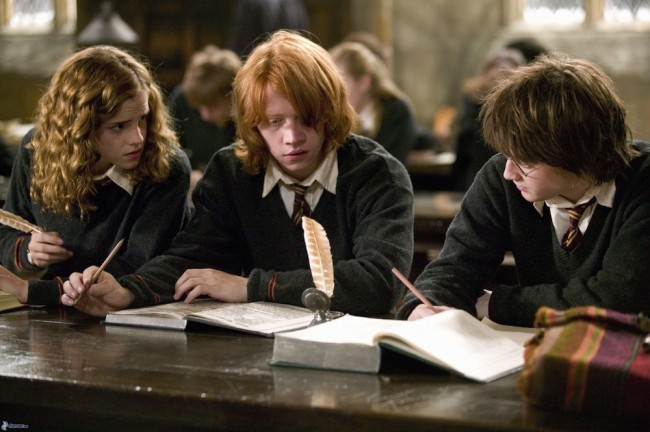 If you’ve ever gawked in envy at the Hogwarts library, saw yourself in the nerdy Hermione Granger, or raged at Harry and Ron for neglecting their magical studies, you should definitely grab yourself a copy of these upcoming releases.

It feels somewhat deceptive to call an exhibition book a new Harry Potter book, since these books are often just focused the objects displayed at the museum space, but the description promises new content from J.K. Rowling as well as a deeper dive into the academics at Hogwarts:

“Harry Potter: A History of Magic is the official book of the exhibition, a once-in-a-lifetime collaboration between Bloomsbury, J.K. Rowling and the brilliant curators of the British Library. It promises to take readers on a fascinating journey through the subjects studied at Hogwarts School of Witchcraft and Wizardry – from Alchemy and Potions classes through to Herbology and Care of Magical Creatures.”

And here’s the description for A Journey Through A History of Magic, which excitingly features early work from Rowling that the public hasn’t seen before:

“An irresistible romp through the history of magic, from alchemy to unicorns, ancient witchcraft to Harry’s Hogwarts – packed with unseen sketches and manuscript pages from J.K. Rowling, magical illustrations from Jim Kay and weird, wonderful and inspiring artefacts that have been magically released from the archives at the British Library.”

These are sure to be a great present for the Ravenclaw in your life.