172 Republican Shitheads Voted Against Renewing the Violence Against Women Act 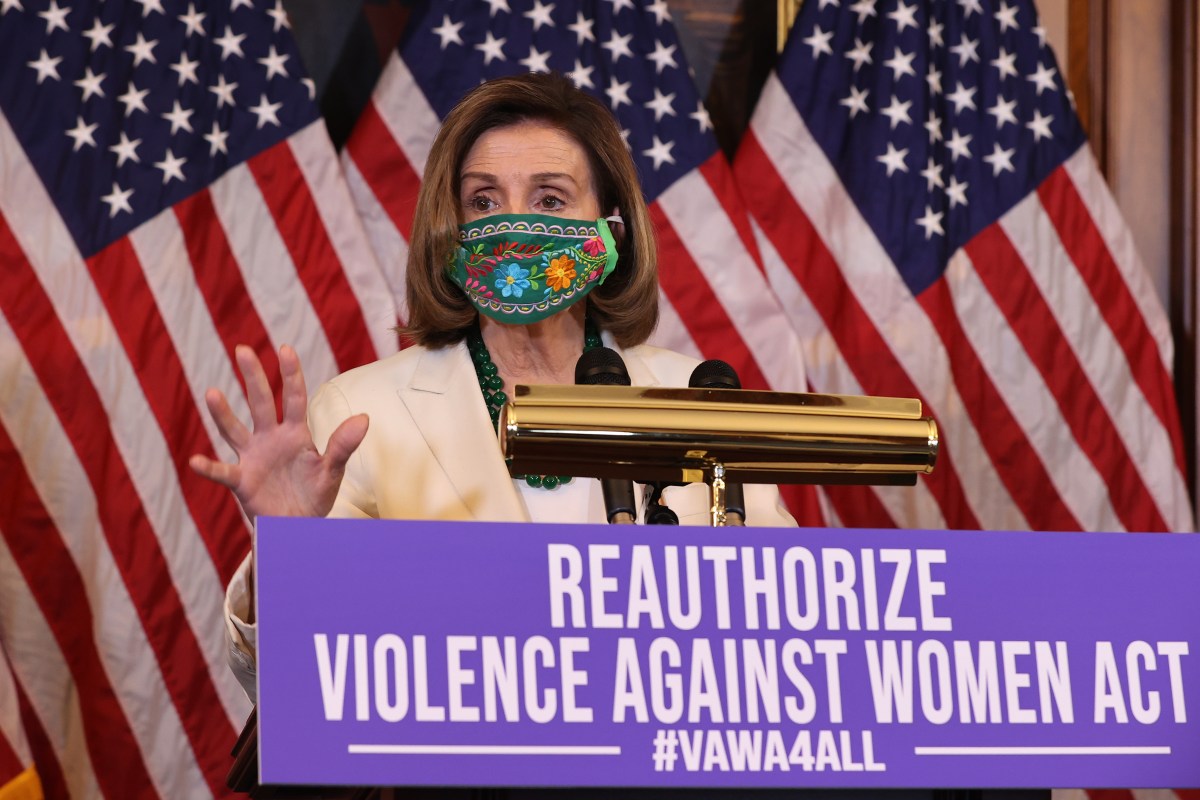 On the day after eight people, seven of them women, six of them women of Asian descent, were killed in an act of racist and misogynist violence, 172 Republican congress members voted not to renew the Violence Against Women Act. Provisions of the act which provided support to women who experience stalking, domestic violence, and sexual assault had lapsed in 2019 thanks to inaction from Republicans and the Trump administration. This renewal and expansion will create and fund more programs to prevent rape, stalking, and intimate partner violence and also provide housing assistance to women and marginalized communities, but that’s not at all important to these 172 Republicans.

This reauthorization of VAWA would not only renew vital programs, it would expand the law to explicitly support members of the LGBTQIA+ community. An amendment introduced by Rep. Ayanna Pressley (MA) and Rep. Marie Newman (IL) “would create the first grant program dedicated to supporting LGBTQ survivors,” with Pressley calling out how long Congress has overlooked “the hurt and harm” felt by LGBTQ survivors, “especially trans women of color.”

But the bill’s renewal would also make it harder for abusers to get guns. And that’s just not acceptable to Republicans.

Only 29 Republicans voted to renew the legislation, which has now moved to the Senate and will face more GOP opposition there. Among the House opposition were many of the usual “worst people in the country” suspects, including Lauren Boebert (CO), Madison Cawthorn (NC), Matt Gaetz (FL), Jim Jordan (OH), Marjorie Taylor Greene (GA), and Devin Nunes (CA). There has been no comment from Nunes’ cow but Marjorie Taylor Greene didn’t disappoint when she voted and commented, “If you want to protect women, make sure women are gun owners and know how to defend themselves,” Taylor Green said. “That’s the greatest defense for women.”

I don’t know, Marjorie. I think closing the boyfriend loophole and preventing anyone convicted of stalking from buying a gun would protect those in danger of violence, but what do I know! I mean it’s not like the fact that intimate partner violence is up during the pandemic or 1 out of 5 murders are committed by an intimate partner matters, right?

The rage on social media following the vote was immediate and heated.

One day after 8 people were killed due to hatred of Asian women, how dare 172 Republicans vote against the Violence Against Women Act?

The most contentious part of the act? Preventing people convicted of domestic abuse or stalking from purchasing a firearm.

Republicans have spent the past several weeks going into hyper circus mode over trans rights, claiming that trans girls in sports threaten the safety of cis girls.

172 House Republicans voted against extending the Violence Against Women Act.

172 House Republicans voted against renewing the Violence Against Women Act.

Only 4 House Republicans voted to lift the bullshit deadline for the Equal Rights Amendment.

Let that sink in. Really feel the weight of the @GOP misogyny and sexism.

172 Republicans just voted against the Violence Against Women Act

Hey, at least they’re no longer hiding their misogyny#StopAsianHate

One in three women experience sexual or intimate partner violence during their lifetime.

I voted to reauthorize the Violence Against Women Act today with that sad truth on my mind. #VAWA

The most infuriating thing about this is that the vote against women’s safety was explicitly about gun rights, the day after we were shown once again that an angry white man with a gun is the most dangerous kind of monster in America. For nearly a year we’ve been inside and have been spared the horror of constant mass shootings, but now Republicans are stepping up to remind us that all they care about are guns, people be damned.

The clear hatred for women, and let’s face it, every marginalized person in this nation is so clear in the Republican party now that this shouldn’t be surprising. And really, it’s not surprising. But it’s horrifying and rage-inducing even so.