Things We Saw Today: 13th Doctor Merchandise Is Finally Here and We Want to Buy All of It

Despite being out of the Doctor Who loop for a time, I will absolutely be coming back to take a look at Jodie Whittaker playing the 13th incarnation of the Doctor. Since the announcement, I have been beyond excited that the BBC and the people behind Doctor Who made the leap to a female Doctor and haven’t looked back, and it seems like the toymakers are getting ready as well. i09 has collected a great roundup of all the impressive toys and appeal that will be coming out. 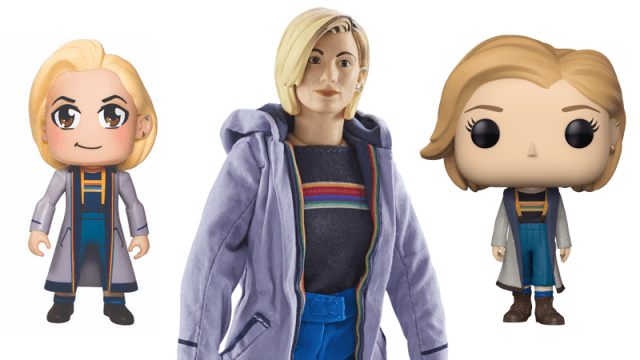 […] vinyl versions of Whittaker’s Doctor courtesy of Titan (releasing a Titans Vinyl and a “Kawaii” version) and Funko, which will release both a Pop! figure (because, of course) and a Thirteenth Doctor for their Rock Candy range of figurines. […] Her Universe will be selling versions of the Thirteenth Doctor’s ensemble, in the form of her new coat, her rainbow-striped T-shirt, and her blue culottes. Bring your own boots and you’ve got an instant cosplay for the Doctor Who panel!

I can’t wait to see everyone in their suspenders of rainbow-striped T-shirts.