Is it too late to bring back the Ganger as a villain? 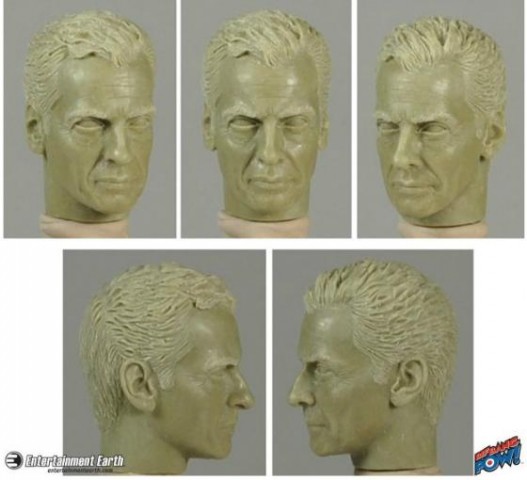 As excited as we all were to find out who’d be playing the next Doctor on Doctor Who, you can bet that the toy industry was probably three times as excited for all the merchandise they’ll be able to make. In fact, there’s already an unpainted action figure model of actor Peter Capaldi’s head making the rounds online.

Man, they are strange looking without any paint, right? But you can still absolutely see the resemblance around the hairline and the nose. BifBangPow and BBC use facial scanning technology for their joint line of Doctor Who toys, so it would be kind of weird if the figure of Capaldi didn’t look like him at least a little bit.

Don’t get too overcome with emotion just yet while looking at these models — it’s been reported that Capaldi and head writer Steven Moffat haven’t yet decided on a costume for the 12th Doctor, so we don’t know what the rest of this figure’s going to look like just yet. We also don’t know whether he’ll be forced to wear his previous incarnation’s outfit for the length of an episode like Eleven was, so it’s unclear if there’ll be a figure similar to the one made of Eleven for The Eleventh Hour. Aw, who are we kidding — of course they’ll make one of those. They make action figures of the The Moxx of Balhoon! Who, you ask? Exactly. You’ll be able to buy as many Capaldis as you like.

What we do know is that Capaldi will very probably be keeping his Scottish accent for the role, so start practicing your best Glasgow, erm, drawl for when you use these figures to reenact your favorite episodes.