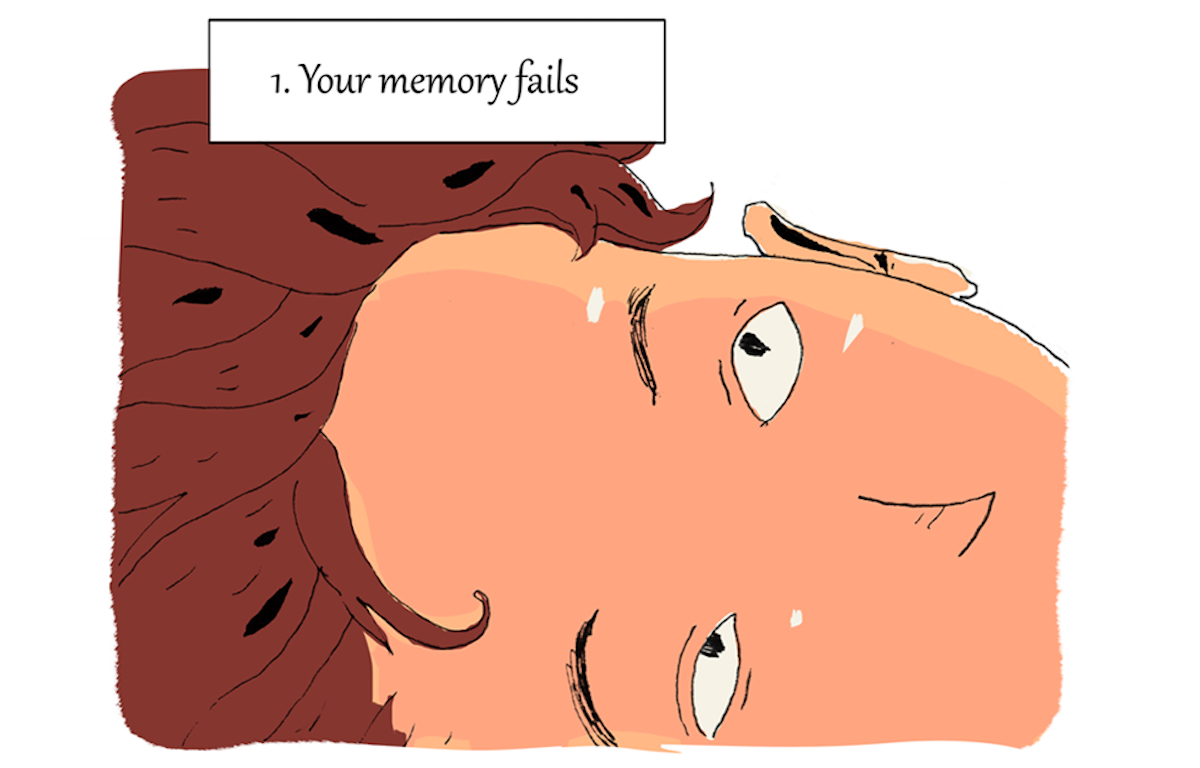 Have you begun to see these signs?

Artist Juan Santapau has wowed the internet with his beautifully surreal webcomic The Secret Knots since 2006. Santapau describes Secret Knots on his Patreon as “short comics about odd and fictional people, myths and places.”

This is a concise summary of a gorgeously profound body of work that io9 described as “exploring the ordinary things that could bring us to madness or enlightenment, that connect us to other people, and the extraordinary things that seem almost possible.” My favorite comics creator, Warren Ellis, called Secret Knots “gently, sublimely mental. Quite, quite mad. Wonderful.”

On June 4th, Santapau gifted us with a new Secret Knots comic that I haven’t been able to stop thinking about—so I asked him if we could feature it on The Mary Sue. Here are “11 signs you are not getting enough sleep”: does this explain what’s been keeping you up at night?

I love everything about this comic—it’s like a glorious journey that just turns trippier and trippier as it progresses, yet as we move into the unknown, somehow the story still feels intimate and recognizable: “The warmth of the woven cloth your grandmother gave you when you turned 13 and she said, ‘It’s time.” I also adore the cyclical nature that traps the reader in this transformative loop; at the last panel, we’re back at the beginning, our memories failing.

Check out Juan Santapau on Patreon, at The Secret Knots (The Secrets Knots can be found in Spanish here), and Gumroad. You can also follow him on Instagram and Tumblr. You won’t be sorry.